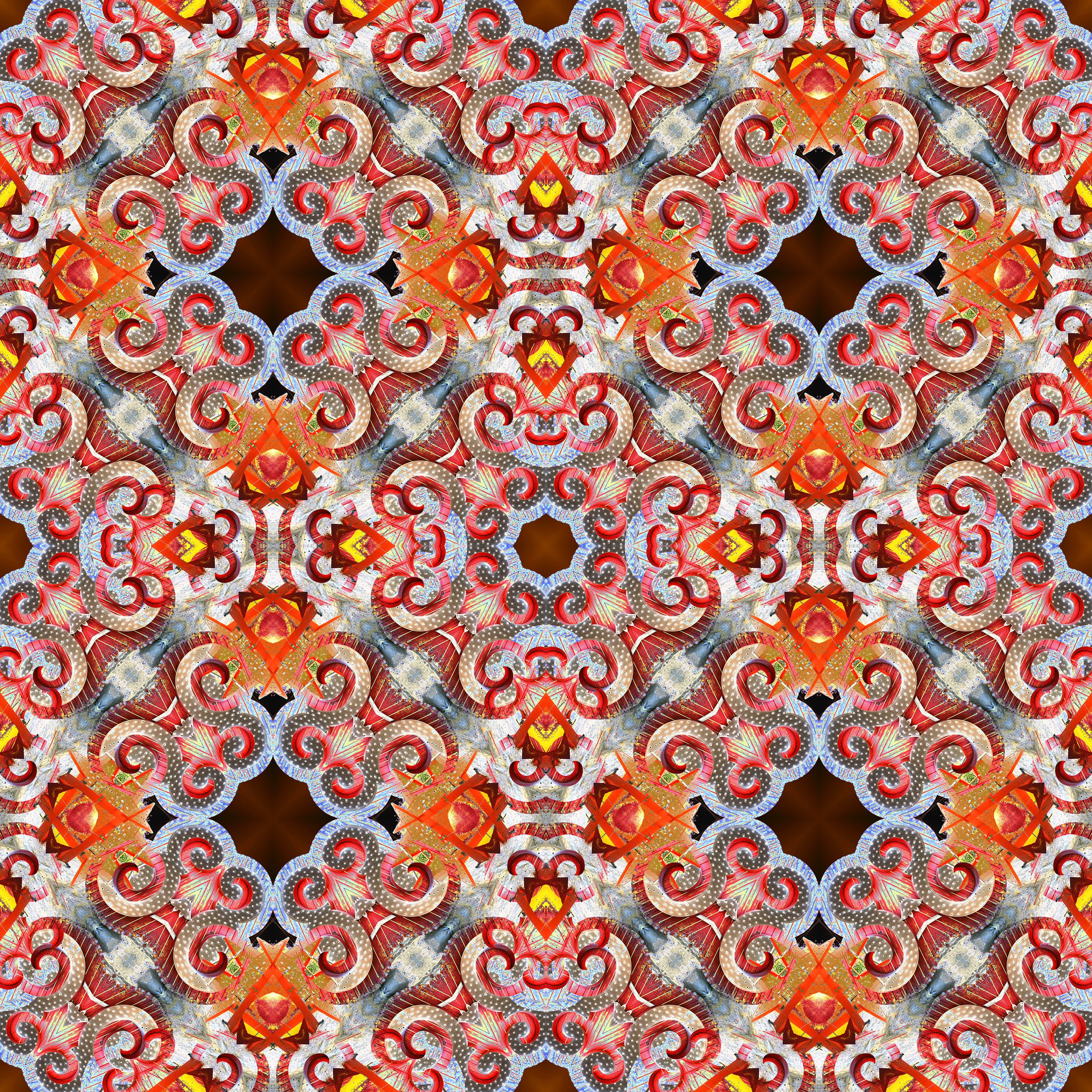 An Interview with James Stanford, Creator of “Shimmering Zen,” On His Journey From Painter to Image Maker

James Stanford is an American photographer, painter, drawer, digital illustrator, and small press publisher based out of a rather unlikely location: Las Vegas, Nevada. In addition to bringing fine arts to a hometown more often known for its lowbrow entertainment, Mr. Stanford has had an equally surprising career. Formally educated with an MFA in painting, Stanford has found himself engaged in all sorts of creative endeavors including his most recent work “Shimmering Zen” project, which utilizes layering and lenticular printing to create gorgeous, eye-popping mosaics out of derelict Las Vegas signs, a process described by the HuffPost as “not an endeavour anyone else has particularly mastered.” 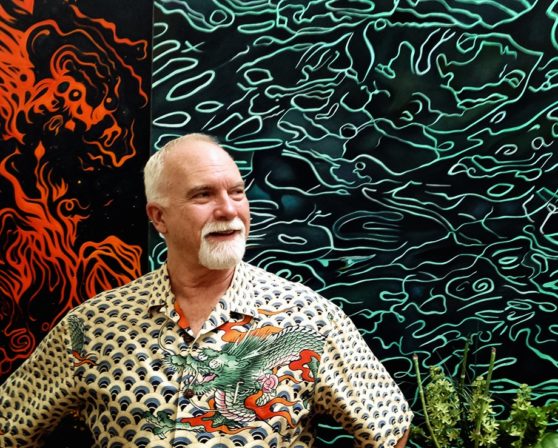 “Really what I discovered is that I’m an image maker…I don’t care how it’s made…I just want to create images.”

I spoke to Stanford about his life’s journey traversing visual mediums. Something of an elder statesman—though with the energy and clarity of many a quarter of his age—Stanford provided insights on building one’s distinct style, no matter the medium. He also provided a handful of his latest works, proving that while he may not be a “digital native,” he’s more than acclimated to the environment. 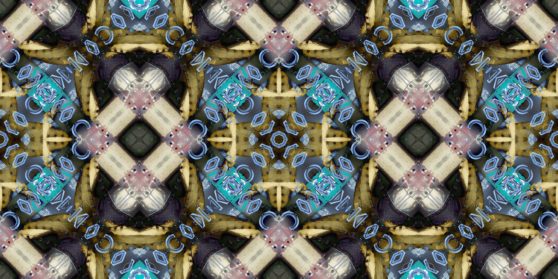 Resource Magazine: You’ve moved through many mediums in your career, but your initial degree was in painting. Can you describe how you stepped out of this niche and when it was that you realized you wanted to do more artistically than paint on canvas?

James Stanford: My work was very meticulous and very slow as a painter and so the difficulty was—the question that my graduate thesis program had—was “how are you going to make a living doing this?” After I graduated, I continued on in the same way, but I discovered that I was progressing very quickly as an artist, and that before my pieces were done, I was getting tired of them. So I knew I had to find something that moved along quicker, that followed my natural path of growth as an artist.

“I had to find something that moved along quicker, that followed my natural path of growth as an artist”

[After several years of teaching] I left academia and went into design. We were one of the first studios in Las Vegas to go all-Mac, and that was 1985-1987; by ‘87 we had completely made the transformation to Macintosh equipment. So we were right there in the beginning of Photoshop and  Illustrator—what became Creative Suite—and to me it looked like another tool, another set of tools. And it fit in well with my photography. The photography had been there to support my art, basically, a way of gathering information and images in order to create better paintings. I was sort of collaging and I would think, “Oh, I’ll collage this work and then I’ll paint it.” But as I progressed I began to realize that everything was changing: there were different ways of printing the work, and perhaps there were things I could use to develop the work that didn’t involve painting. Really what I discovered is that I’m an image maker, and I don’t care how its made—whether it’s through painting or photography or drawing—I just want to create images. And so, I soon discovered all these printing methods, and these montages began to take on a life of their own. 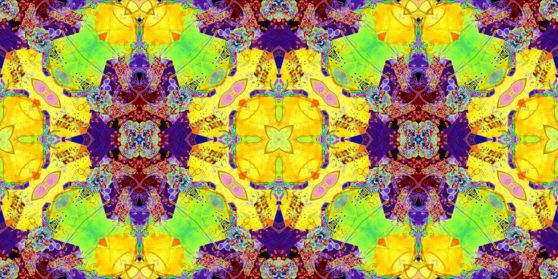 RM: Did it ever make you nervous that you weren’t falling under the artistic sway (i.e. Minimalism) that many of your contemporaries were?

JS: Oh yes, I questioned myself all along, every step of the way; I wondered whether I was going in the right direction or not. But when I was teaching on the university level and running into so many different types of people with so many different interests and with such a diverse body of talent among them all, I ran into another teacher who was doing hard-edge painting and who was actually quite successful in Houston and Dallas selling their hard-edge paintings. But she came to the point where she could no longer go into the studio; even though she had two galleries that sold her work and her work as selling well, she as unable to get into the studio because she dreaded it—it wasn’t interesting to her anymore. And so she started to draw these cartoon-like figures of nude men and woman chasing each other. It was really weird, crazy stuff, but it got her into the studio again, it got her working.

“I questioned myself all along, every step of the way”

And so my basic rule then became, you’ve got to do what interests you. And it can’t matter [how popular it is]—maybe it’s not what’s current now, or what’s being celebrated—but sooner or later people will take notice because it’ll have a vibrancy and a truthfulness to it; it is you, it’s you speaking, it’s you painting. So to me, I thought, why fight it? Let’s see how it goes. I have nothing better to do in this life, so let’s just see where it goes, and where it takes me. 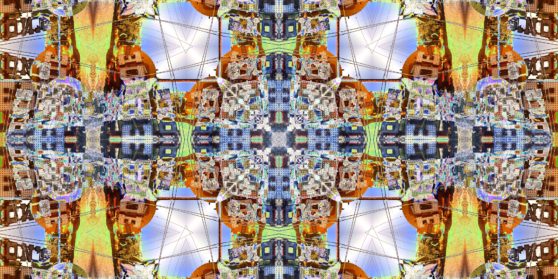 RM: Are there any predecessors of yours—say, someone who you grew up admiring—who maybe wouldn’t describe themselves as such, but whom you would now also classify as an “image maker”?

JS: Oh yes, Herbert Bayer. Bayer was a teacher at the Bauhaus. He had heard that Kandinsky was teaching at the Bauhaus, but when he arrived—Bayer was from Vienna— Kandinsky was no longer there. So he [Bayer] studied for a couple of years, and was so gifted an artist that they made him an instructor. And Herbert Bayer was a photographer, an architect, a painter, and he was also the inventor of photo montage, as well as one of the originators—and probably the first modern—land artist. And so it was the idea that an artist could do all of these things using the same basic design concepts, and that it didn’t really matter if he was creating a beautiful land sculpture or if he was using photography or painting. He was really making art using the same methods, the same Bauhaus-type methods. 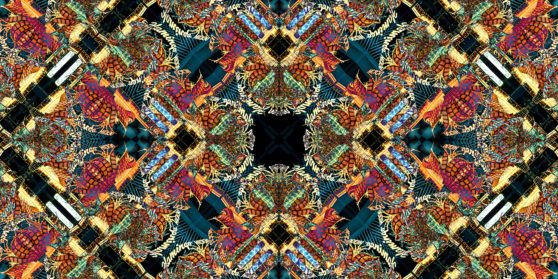 RM: What was it like switching from a medium (painting) that you had spent years mastering, to another (digital image manipulation) that you not only were inexperienced in, but which hadn’t even existed when you were a student?

JS: Truly it wasn’t as familiar, and there was a bit of fear involved. But that was kind of exciting, in a way—it kind of stimulated me. If we do everything that’s comfortable, then what we come up with is just kind of a boring, comfortable result….[That’s why] I look at failure in a different way than a lot of people do: failure is just an opportunity to learn…But with the academic background that I had I found that I was able to stretch my imagination and stretch my exploration beyond what I thought I was capable of, which was really fascinating to me, and very fulfilling. So that fear became excitement, and the idea that maybe something didn’t work out was just another way of learning; maybe it’s not exactly a happy mistake, but a mistake creating something which was unpredictable and simulated me in another way, and that encouraged me to go forward. 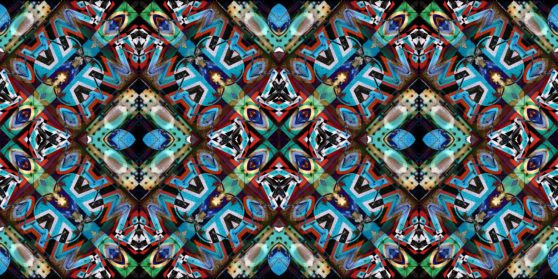 RM: When you first starting showing digital work, did you encounter resistance from purists who maybe didn’t want to see this work as comparable in worth to your more traditional brush-and-canvas work?

JS: I’ve had people jump on my work. When I first started showing the “Indra’s Jewels” work, I had people coming out of the woodwork saying “Who is this guy? What is he doing? Who does he think he is doing this stuff?” and the more they’d find out they’d go “Oh, he was a painter? He taught for more than decade on the university level? He knows what he’s talking about? Oh, well let’s look at it a little closer”

“If we do everything that’s comfortable, then what we come up with is just kind of a boring, comfortable result”

The main criticism was really “he just presses a filter and gets these images.” But then they’d realize that I had learned how to paint and how to draw—that I had paid my dues, and I’d also been a graphic artist and a technical illustrator. And so I was able to show that I could draw with technical pens—and do anything that anyone else could do—and yet still was fascinated by this, and that sort of opened people up a little bit more. The more they knew about me, the more open they were to my explorations in the digital field. 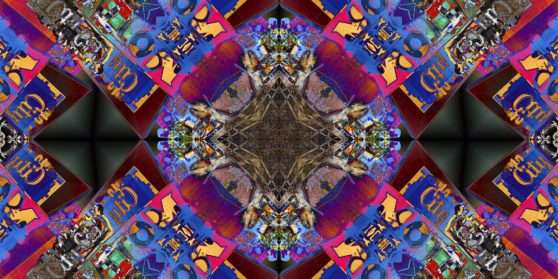 All images from are from “Shimmering Zen,” of which more info can be found here.