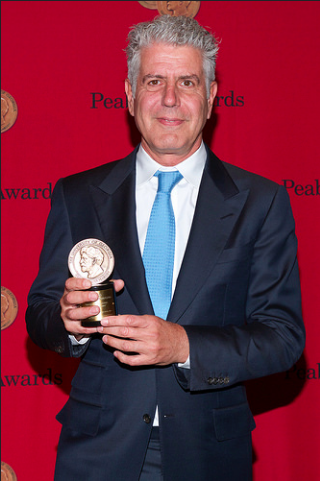 Anthony Bourdain Passes Away at 61

There’s no one who seems to embody the rich spirit of the New York City restaurant industry more than the universally beloved and recently deceased celebrity chef Anthony Bourdain. His wryly dark humor, honest and matter of fact way of speaking, and the unique ability he had to connect with anyone and everyone who he encountered over the course of his esteemed travel documentaries are only a few of the qualities which made Bourdain into a bonafide rock-star of urban drinking and dining.

Although he undoubtedly possessed masterful skill in the kitchen—earning his degree from the Culinary Institute of America in 1978—Bourdain allowed viewers (and readers of his breakout 1999 memoir, “Kitchen Confidential”), a look beyond the mere technical aspects of cooking. Bourdain fascinated his dedicated fans in part by immersing them in the culture of camaraderie, debauchery, and intense work ethic behind the scenes of New York City restaurants.

Bourdain, who is a New York native, has said that his passion for food was sparked by a vivid memory of eating his first oyster as a young boy. From then on, he was an unstoppable culinary force, making it his mission to sample every flavor, every texture, every cuisine that he could get his hands on. He once summed up his philosophy on food in a colorful quote, saying:

“I’ve long believed that good food, good eating, is all about risk. Whether we’re talking about unpasteurized Stilton, raw oysters or working for organized crime ‘associates,’ food, for me, has always been an adventure.”

Bourdain was also known for being up front and honest about his somewhat troubled past, including problems with cocaine and heroin. His transparency was inspiring, and he became an outspoken advocate for drug reform, always emphasizing the importance of having compassion for those struggling with addiction. Bourdain also acknowledged the disparate ways in which drug related offenses are treated, depending on the race and the socioeconomic status of the user. In a 2017 interview for GQ, Bourdain was quoted as saying,

“Now that the white captain of the football team and his cheerleader girlfriend in small-town America are hooked on dope, maybe we’ll now stop demonizing heroin as a criminal problem and start dealing with it as the medical and public-health problem that it is, and should be.”

However, while Bourdain was fully tuned in to the bleak realties of life, he didn’t allow this awareness to curb his playful sense of humor and adventurous outlook, as exemplified by this choice quote:

“Your body is not a temple, it’s an amusement park. Enjoy the ride.”

Finally, Bourdain professed a deep love of, and understanding for, the city that he called home. Although his travel shows No Reservations, The Layover, and Parts Unknown took him all across the world, Bourdain always found his way back to the city where he chose to raise his daughter, Ariane. Of New York, he had this to say:

“My hometown New York also has a big heart. It doesn’t like to see itself in that way, but we do come together when need be, often in moments of crisis.”

Bourdain’s passing can certainly be considered a moment of crisis, and the city that he gave so much of his life, career, and exuberant personality to will miss him dearly.