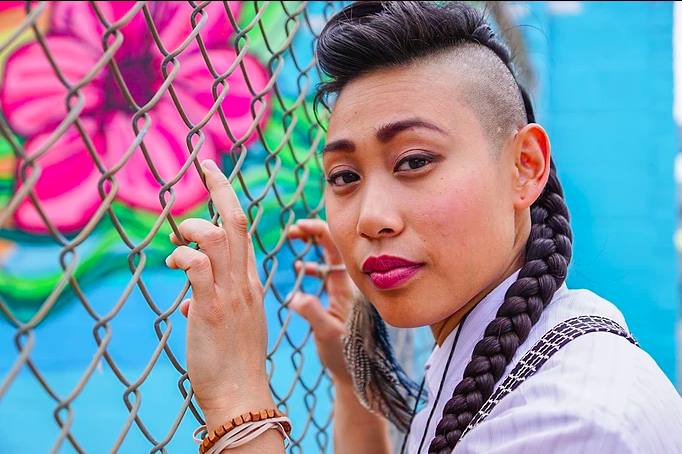 Just in Time for Pride, This Photographer Has Come Out With A Series That Showcases The Diversity of Queer Women

Since the turn of the century, American society as a whole has made leaps and bounds in terms of achieving LGBTQ+ acceptance. However, needless to say, discrimination is still rampant in many pockets of our culture—and not least of all within queer communities themselves. One manifestation of underlying prejudices is shown by the way in which queer women are viewed as more or less legitimate based upon their outer appearance and gender expression. It is often believed, consciously or not, that in order to be “truly” queer, lesbian, or bisexual, women must project a certain image of masculinity, sometimes referred to as “butch”. A new photo series released during Pride month seeks to discount that outdated and narrow definition of how queer women must dress, behave, and act in order to be fully accepted within the community.

The photographer, Rachael Zimmerman, hails from Denver and created the series, entitled Inside the Black Triangle, in an effort to

Personal observations have led Rachael to the conclusion that queer women are mimicking the gender hierarchy. Butch and androgynous women are thought to be more prestigious, while feminine women are less than. Not only do feminine women find themselves defending their sexuality to heterosexuals, but they are often forced to prove themselves to their own community.

So Zimmerman shot portraits of queer women covering a vast array of aesthetics—some more masculine, some more feminine. While unique in nearly all other aspects, what binds these women together is their queerness.

Zimmerman also amassed quotes from the women, giving them a chance to voice some of the personal pains and frustrations they’ve undergone as a result of living in an oppressively heteronormative society. Claudia, pictured above, was quoted as saying,

“Being a lesbian is not easy, especially when society wants you to be a hell of a girl, very feminine, and to act like one. I am a girly girl and I also like girls a lot. But what if I want to be a little masculine from time to time? Or what if I just want to act the way I feel comfortable? It shouldn’t be an issue.”

And here’s a quote from Alex, pictured below:

“I’ve been continuously harassed and deemed ‘too pretty to be gay’, along with being questioned and drilled on my sex life. I want more than anything to break the stigmas. Society will probably never change, but the way people perceive themselves should never have to be compromised and that is what can be changed.”

Here are a few more of the images from the series:

To learn more about the project and view the rest of the photographs, click here.