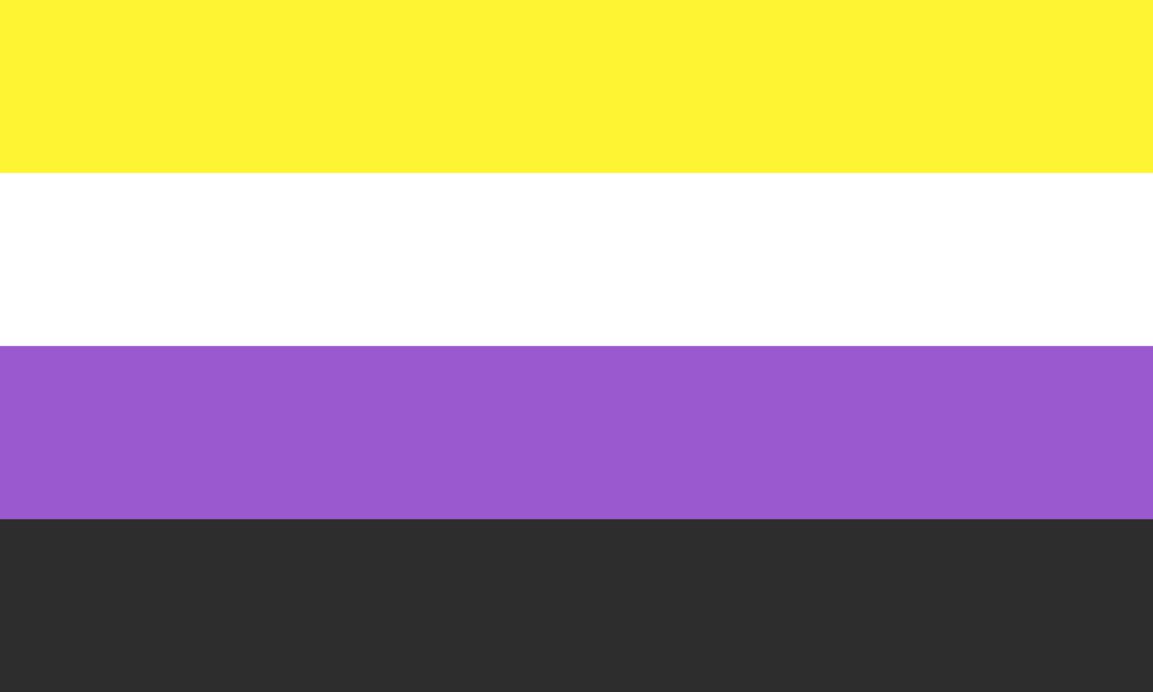 The gender binary is a term used to describe the dichotomous system through which our society at large typically assigns gender identities. The options that the binary provides to people are pretty limited—you can be a man, or you can be a woman. However, not every person feels comfortable identifying strictly within the confines of either masculinity or femininity. Some individuals don’t feel like either gender construction applies to them, while others feel like they can exist as both. These people who do not neatly fit into the categories allotted to them by the broader culture are referred to generally as non-binary.

It is important to note that non-binary is an umbrella term which encompasses an extremely diverse set of people, and that non-binary individuals are as heterogeneous in sexual orientation, gender expression, and appearance as are people who identify as men or women.

This is one of the messages that photographer Jackson Akitt seeks to convey in their Instagram-based photo series. Akitt, who is non-binary, began in 2016 to take portraits of others within the community, and uploaded them to the Instagram account @nonbinaryportraits. The images showcase the beauty and diversity of non-binary people, and serve to dispel common myths surrounding the community.

For example, one misconception held about non-binary people is that they all look “a certain way”. Akitt firmly denies this stereotype, saying

“Non-binary people exist in a whole spectrum of ways and there is no one way to be non-binary. So I think it’s important to represent that spectrum and emphasize the differences as well as our common ground.”

Another misunderstanding about non-binary individuals that Akitt would like to contest is the idea that only younger people can identify as such. This line of thinking typecasts non-binary peoples as being confused, or “going through a phase.” Akitt affirms that this is not the reality, and shows as much in their images by portraying non-binary people from a wide range of age groups. They comment:

“It’s always special to photograph people who are non-binary and have had longer lives and children of their own too, as I think it really tackles this false idea that being non-binary is just for younger people, as if it’s a phase people go through.”

Without further adieu, here are some of the shots from the series:

A portrait of Sub with the younger of their two children outside the flat they live in, Essex ? #nonbinaryportraits #nonbinary #trans #transart #lgbtqia #gender #genderfluid #transgender #hasselblad500c #hasselblad #kodak #portra #portra160 #mediumformat

A portrait of Kelly – one of the very first shoots for this project, and an incredible human. Kelly is also a brilliant tattoo artist, so this portrait was made outside of the studio they work from. check out and support an NB artist in their work – @lobstronomous ? I'm so grateful for the community of non binary people I get to meet through this project – we are such a varied and interesting bunch and we've gotta lift each other up where we can! ?? #nonbinaryportraits #nonbinary #queerartists #lgbtqia #tattoos #qttr #queertattooer #artistsoninstagram #community #gendervariant #genderfluid

Umber, @brownbeautystandards, works as a make-up artist, makes amazing cardamon tea and has the cutest tiny cat who was very taken with my camera equipment ? thank you for inviting me round to your flat, so great to talk with and get to know such wonderful people through this project! London?#nonbinary #nonbinaryportraits #lgbtqia #gender #portraitoftheday #filmisnotdead #queer #shootfilm #kodakportra #undercut #nonbinarypride #sundayvibe #un_gendered_art #beyondthebinary #gendernonconforming