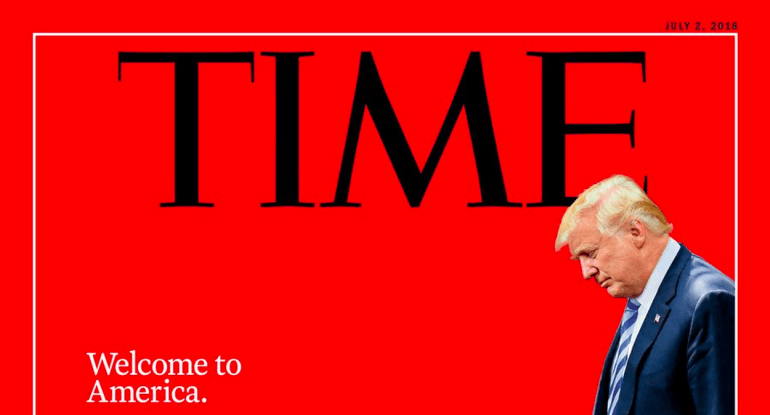 Time Magazine’s latest issue is attracting attention for its eye-catching and heart-wrenching cover. On a blood red background, and with the title “Welcome to America,” President Trump is seen standing over, and looking down upon, a crying 2-year-old girl. The girl, a cut out from an iconic image taken by Getty’s John Moore, is one of thousands of so-called “illegal immigrants” being detained by ICE agents across the country. 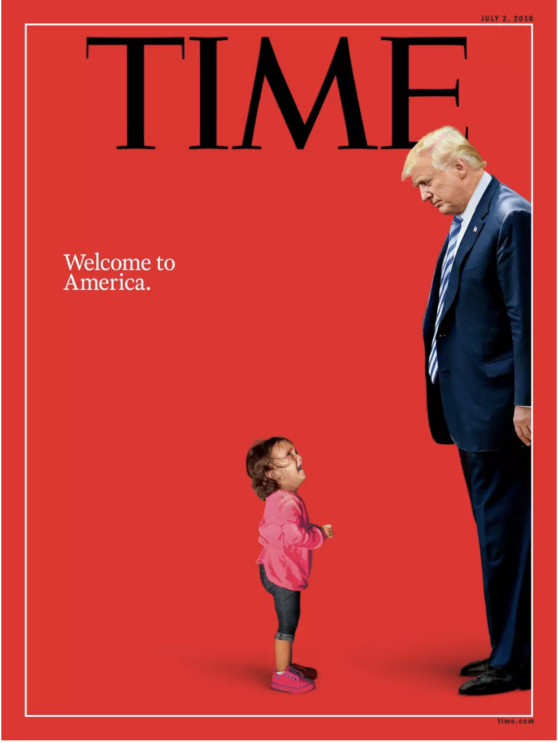 However, some commentators—most notably an Op-Ed on Breitbart—are accusing Time of being disingenuous with their imagery. The complaint is that the child, whose likeness is being used to allude to the much-reported forced separation of immigrant children from their parents, was never actually separated from her mother.

A border patrol officer involved in the incident, Carlo Ruiz, described the events of that night:

“We asked [the mother] to set the kid down in front of her, not away from her, she was right in front of her…So we can properly search the mother…So the kid immediately started crying as she set her down. I personally went up to the mother and asked her ‘Are you doing OK? Is the kid OK?’ and she said, ‘Yes. She’s tired and thirsty. It’s 11 o’clock at night.'”

The crying, he says, was due to a brief separation from her mother—in order for the mother to be searched—and not a forced parting. Breitbart responded by describing the image as “Fake News.” 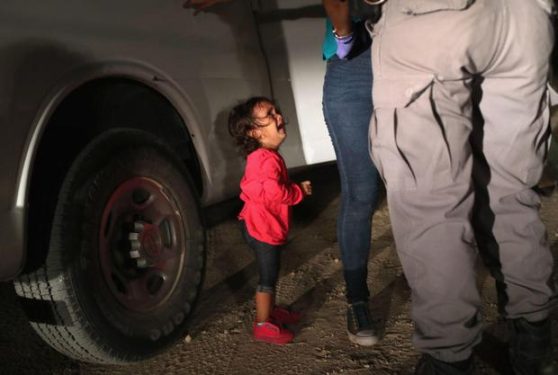 MCALLEN, TX – JUNE 12: A two-year-old Honduran asylum seeker cries as her mother is searched and detained near the U.S.-Mexico border on June 12, 2018 in McAllen, Texas. The asylum seekers had rafted across the Rio Grande from Mexico and were detained by U.S. Border Patrol agents before being sent to a processing center for possible separation. Customs and Border Protection (CBP) is executing the Trump administration’s “zero tolerance” policy towards undocumented immigrants. U.S. Attorney General Jeff Sessions also said that domestic and gang violence in immigrants’ country of origin would no longer qualify them for political asylum status. (Photo by John Moore/Getty Images)

Meanwhile the photographer, John Moore—who spent over nine hours riding along the border and witnessing the capture of numerous immigrant families—told the Washington Post a few days earlier that he didn’t “know what the truth is,” concerning what happened to the girl and her mother after that night, saying he “fear[ed] they were split up.”

That story has now been updated to reflect the fact the two were not separated in the image’s aftermath.

On a more bittersweet note, the girl’s father told TheDailyMail from Honduras that he had not been in contact with the girl or her mother, but was happy to learn from the viral image that they were safe. His response to the picture, as you could image, was unique:

“’You can imagine how I felt when I saw that photo of my daughter. It broke my heart. It’s difficult as a father to see that, but I know now that they are not in danger. They are safer now than when they were making that journey to the border.’”

He also told the newspaper that his wife and daughter “were never separated” and are currently being detained in Texas. They had gone to America—against his wishes—he said, “to experience ‘The American Dream.’”