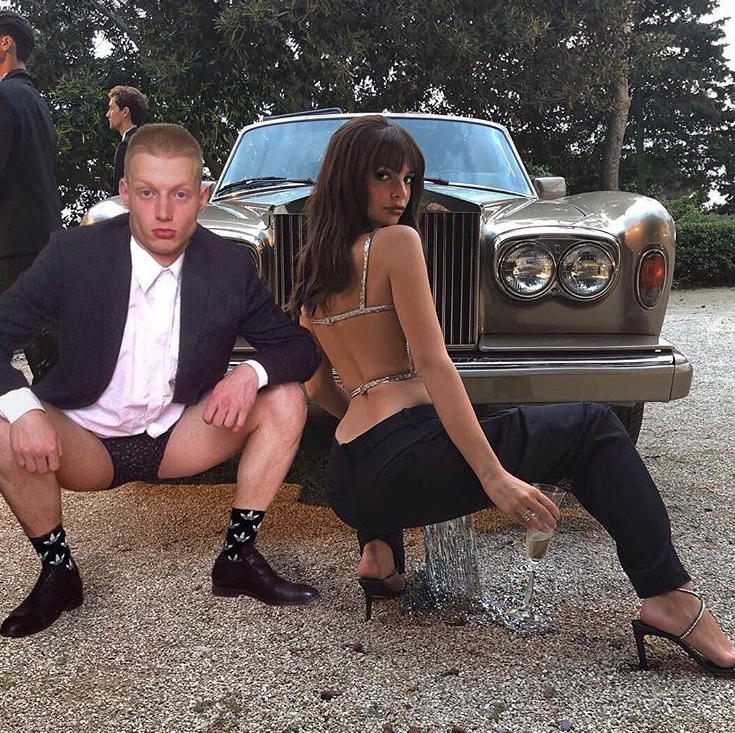 I’ll probably never date a supermodel. It’s a realization my 15 year old self would have scoffed at (I thought very highly of myself), but with age comes wisdom and, somewhere in there, the realization that personality isn’t quite as important as my mother told me while I was growing up.

Perhaps the Instagrammer MAX had the same epiphany, but instead of letting it paralyze him in a wave of self-anguish that alienated everyone he loves and only made him more undesirable—not just to supermodels but to everyone in general—he decided to do something about it.

The Siberian student takes photos of one of the most beautiful people around, Emily Ratajkowski, and photoshops himself right in.

And the rest of us get to enjoy his hard work, dedication, and can-do attitude.

Yes, it is silly. But at least he gets pretty creative (the photo above is killer), and it is nice to know that not all influencers have to have perfect accounts with perfect photos depicting a perfect life; once in awhile, we need a little crude photoshopping of a Russian dude in a model’s pictures to break up the monotony of perfect brunch spreads and hotels in tropical places to get us through the day.

Sadly, Ratajkowski is now a married woman, so for those hoping that Max’s account could garner him some notoriety which would in turn put him on her radar which would result in them meeting and making babies, well, looks like that ain’t happening. Having said that, her husband and Max almost look like they could be related. So if things don’t work out, we all have our fingers cross for you, Max.