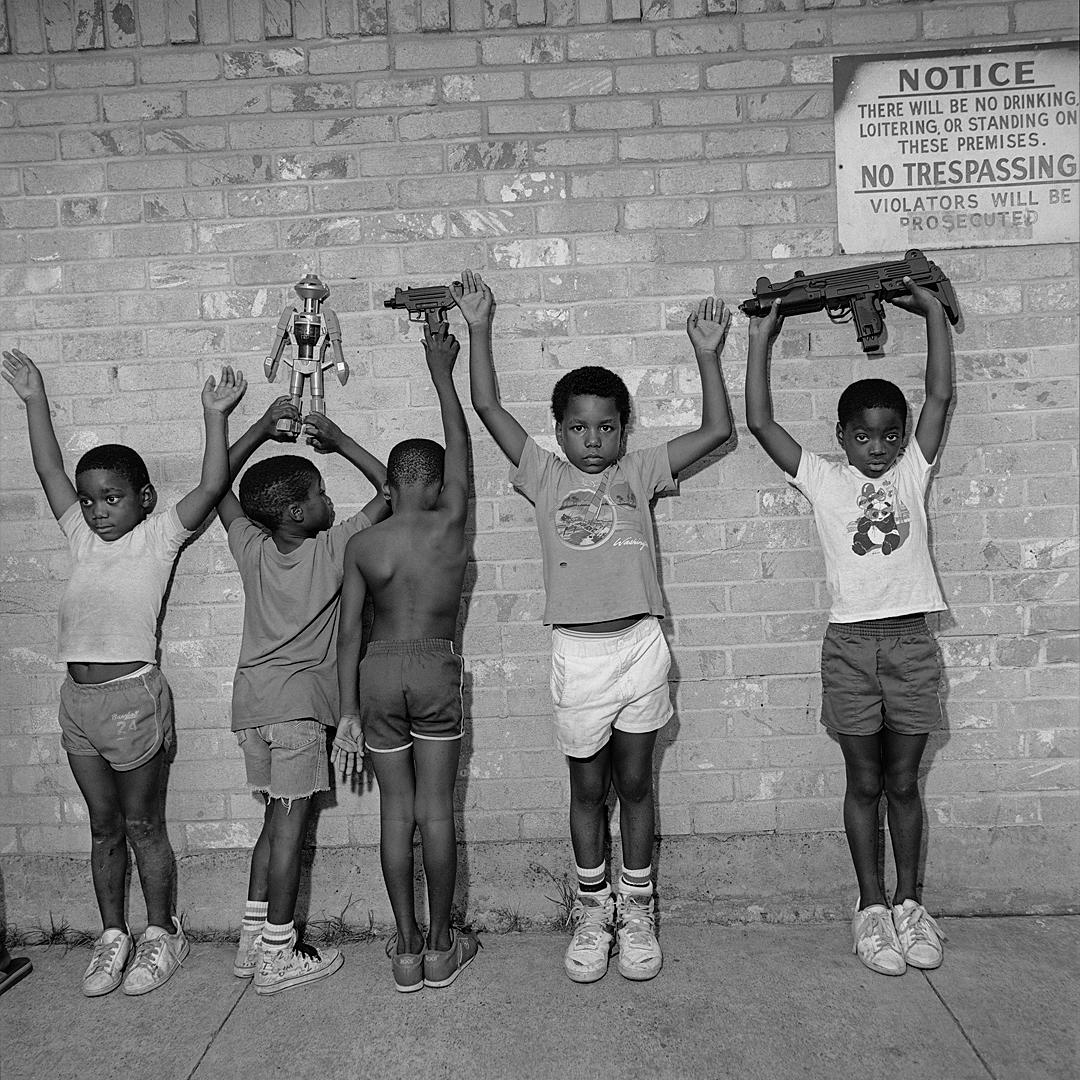 The Dark Story Behind The Cover Photo On Nas’ New Album

Nas, the legendary emcee from Queens, dropped his 11th studio album on Friday produced by the one and only Kanye West. Entitled Nasir, it speaks to many of the issues Nas has written about throughout his career: drugs, violence, life in the slums, and the role played by powerful, misguided government agents and others in bringing it all about.

Besides the music itself, the cover artwork has captured the attention of many. Featuring five young boys lined up against a wall, arms raised, with what appear to be guns in their hands, the image is striking, disturbing, and chillingly reminiscent of something we wouldn’t be surprised to see today. Yet for all his mastery of words, Nas didn’t speak on the subject of the image, leaving it to stand on its own and leaving us, the audience, in wonder. 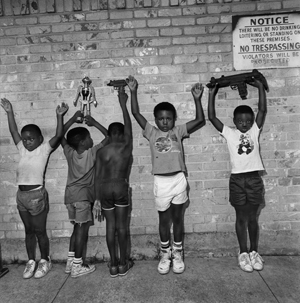 Vibe is reporting, however, that the image is from a 1988 photo series appearing in Texas Monthly, entitled “The War Zone.” A collaboration between the photojournalist Mary Ellen Mark and the writer Jim Atkinson, the piece looks at “the devastation wreaked by crack on individual lives” in South Dallas. Drug dealers, they write, “have conquered the neighborhood.”

The images cover all sorts of pain: a screaming woman writhing in the back of a squad car, two young men being arrested, and the despondency on the face of almost all the subjects. As for the kids in the image in question, Atkinson writes that they often served as “lookouts” for neighborhood crack houses, a job which could pay them upwards of $100 a day. The guns in their hands, meanwhile, appear to be a dark form of mimicry: the kids, he says, learn to play “by watching the police.” 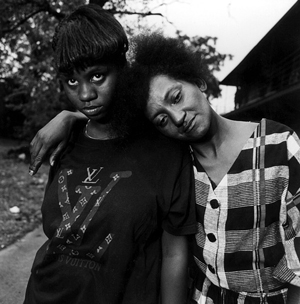 Closing the article, a mother of one of the children is asked what her ten year old son—who is already being accused of threatening others at gunpoint—will be like when he’s twenty-one. Her response speaks to an utter lack of hope: