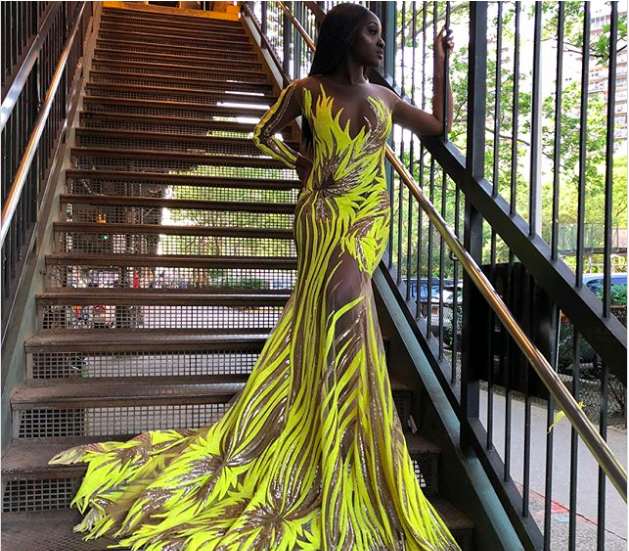 Want To Look Glamorous While Riding the Subway? Take Tips From #TransitBae

There’s no shortage of debauchery and questionable antics to be found on the New York City subway—anyone who’s taken even a short ride on the heavily trafficked public transportation system can attest to that. However, the most recent viral story to emerge from the underground is much more glamorous than you might expect. Deidra Mensah of Brooklyn probably did not foresee the amount of attention she would receive on the Internet prior to posting a shot of herself riding the train in her stunning prom dress. 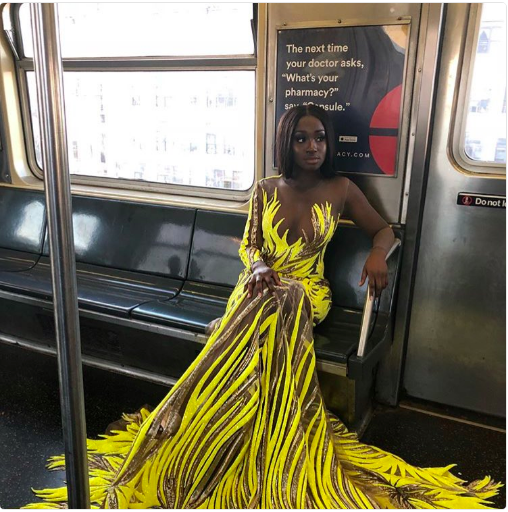 The fantastically beautiful gown, designed by Mimmy Yeboah, cascades to the floor of the above ground train in yellow and gold rivulets, while Mensah herself appears dignified yet nonchalant. The contrast between the royal quality of the garment and the everyday scene of the subway contributed to the post’s overnight Instagram popularity. Deidra included the hashtag #TransitBae in the caption accompanying the image, and the title stuck.

Mensah, for her part, is a proud subway rider, writing

“I took the TRAIN to meet him for prom (by choice of course) and we still SLAYEDDDDD. Ball on a budget folks and still manage to look good”

Others also had specific praise for Mensah’s decision to commute by train and thus save money that other prom-goers may have spent on expensive limos. Twitter user Shauna James, for instance, had this to say:

Finally, people are giving the designer of the gorgeous dress a lot of love on Twitter as well, such as this girl who wants her own Yeboah creation: 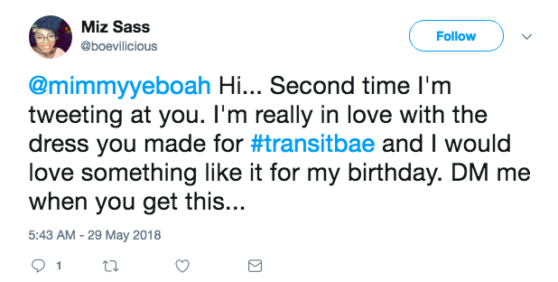 You better rock it on the train though, cause that’s half the look.