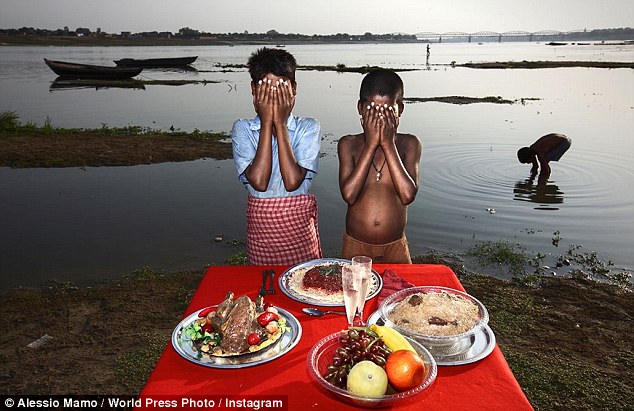 The definition of which is as follows:

“any type of media, be it written, photographed or filmed, which exploits the poor’s condition in order to generate the necessary sympathy for selling newspapers or increasing charitable donations or support for a given cause.”

Even artists as prolific as Jacob Riis, who famously documented life in New York City tenements around the turn of the century, have been levied with criticisms of this sort. The most recent photographer to commit a faux pas of this nature was an Italian artist by the name of Alessio Mamo, who traveled to India for a photo series. 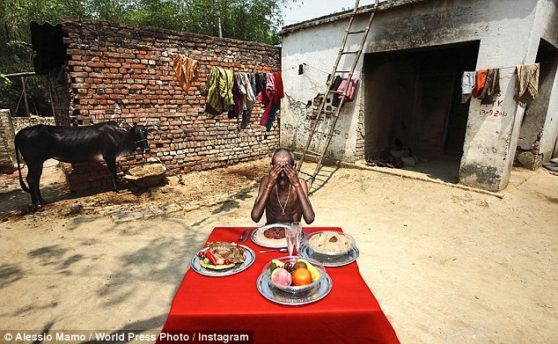 Mamo posed the individuals he met sitting in front of tables fully-stocked with fake food, hands covering their eyes. He wanted to make a statement through juxtaposing images of gluttonous luxury with shots of people in need. However, many found his work to be insensitive and inappropriate. Hari Adivarekar, a photojournalist from India, wrote

“This is poor journalism and even poorer humanity.Too many have come and done this kind of shameful work in India and their rewards just open the door for many others to think it’s OK. It isn’t. It’s just inexcusable.”

Another person with experience in the photojournalism industry, Antonio Olmos, found the images problematic as well, but still sympathized with Mamo, saying

“The trouble with photojournalism is that we are expected to be journalists and artists at the same time and that is a fine line to traverse without getting it wrong. The problem first is that the photos appeared on the World Press Photo Instagram – an organisation that is supposed to promote journalism. The set clearly states it’s a conceptual project and this shouldn’t be on it. The second issue is that it shows plastic food set in front of what I am supposed to believe are hungry people. That is cruel and shallow and demeaning.” 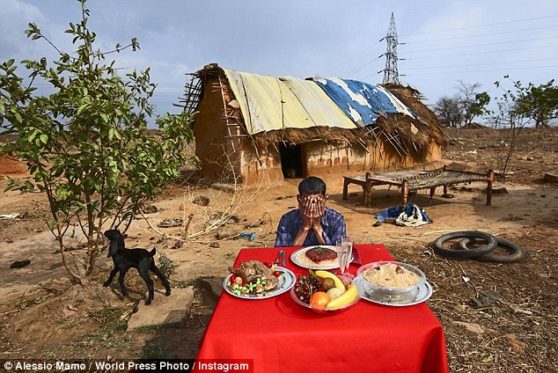 However the photographer responsible for the controversial images did get a chance to defend himself in a statement. He expressed regret for his work yet also made it clear that he had intended no harm with the photographs, saying

“The only goal of the concept was to let western people think, in a provocative way, about the waste of food. Maybe it did not work at all, maybe I did it in the wrong way, but I worked honestly and respectfully with all the people involved.”