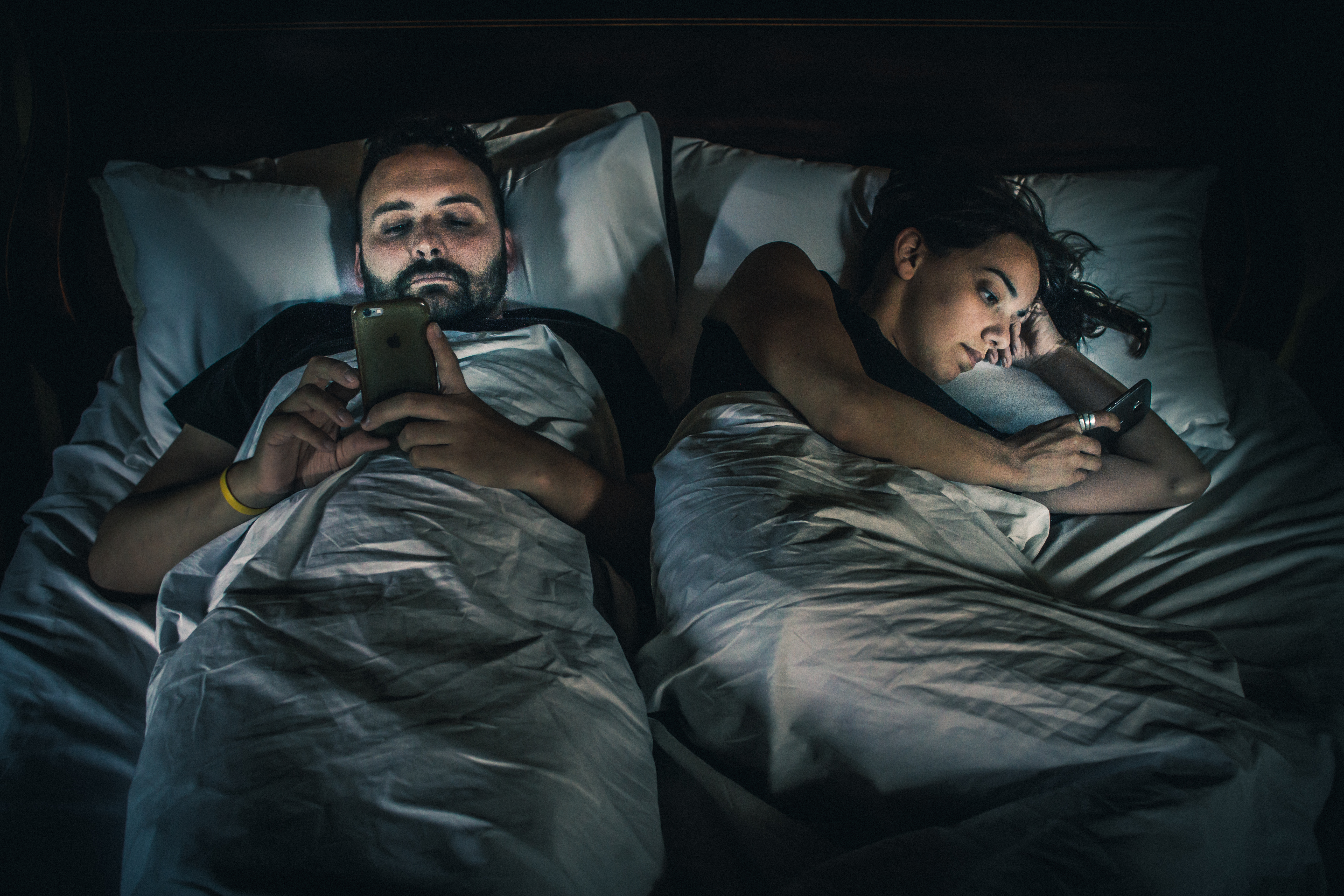 Oscar Panelo is a 29-year-old Spanish photographer currently based in Barcelona. Normally specializing in lifestyle and theatrical work, Mr. Panelo recently took on a new topic: social commentary. The resulting collection, “Low Battery,” is a group of images showcasing the human disconnect that can come from too much connection. I was lucky enough to speak to the young photographer about his choices, goals, and expectations for the project. 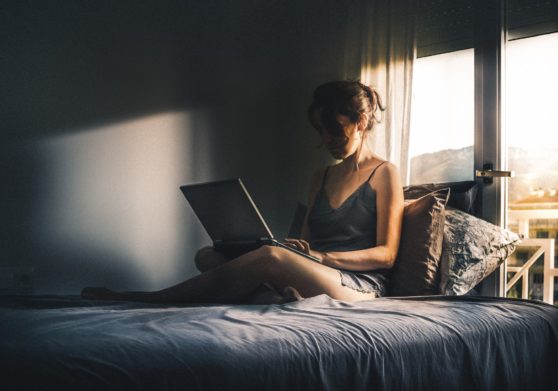 Resource Magazine: Your images are recreations of things we all see often in everyday life: people on their phones. By staging these scenarios instead of capturing them, what did you find you were able to reveal about them that isn’t maybe as noticeable to the naked eye?

Oscar Panelo: “Low Battery” puts the focus on the loneliness of the people. Seeing people without taking their eyes off their phones is a quotidian situation today, but if we go beyond what is seen by the naked eye we will observe an over-connected society, a society that needs to fill an internal void through the illuminated screens. In my photographs I try to express this anxious society of the connected, a very clear example is that of the girl in bed looking at the screen of the illuminated phone. 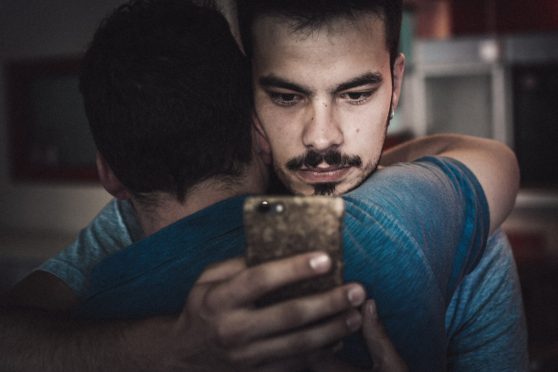 RM: Your images are striking, both in content and in style. For instance, the image of the man looking at his phone over his companion’s shoulder while they hug is a shocking example of the phenomenon you’re commenting on. Can you talk about your choice of employing these kinds of extremes both in narrative and form, rather than going for a more realistic, restrained look?

OP: The difference between shooting what really happens and recreating scenes is that with the second you can really express what you want. The use of exaggerations allows me to make the spectator question what is currently normalized. The fact that they seem [to be] exaggerations does not mean that they are exaggerations in their entirety. The scene of the hug is exaggerated at a compositional level but it is a very clear example of the priorities of social interactions in the present and the false identity that we form through the our screens. 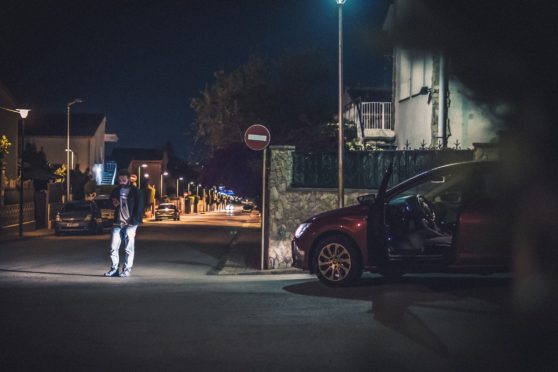 OP: I am a lover of the technical side of the cinema and that is reflected in my photographs. All the shots, both at a compositional level and at the location of the camera, have a reason. When I prepare a photograph I imagine it as a scene from a movie and I try to situate the camera according to what I want to express. In “Low Battery” I always try to emphasize the device in front of the person, to humanize the device. The use of high angle shots is mainly to ridicule this concept, because with this we have a higher vision than the subject photographed. The back-shoulder shoot, [meanwhile] gives more importance to the device, to express a dialogue with it. 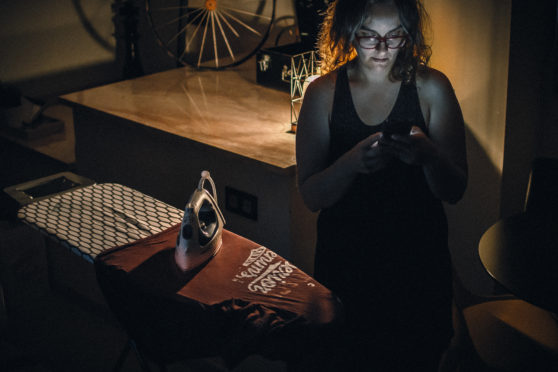 RM: Blankness seems to be a theme here, whether it’s on the screens themselves, or the subjects’ faces. Do you see this lack of emotion as one of the most disturbing effects of the phenomenon you’re shining a light on? And does it relate at all to your choice of title—”Low Battery?”

OP: Exactly! The lack of emotion in the characters symbolizes an absorption by the devices where the person is more humanized in “the other side”. All the images try to humanize the device more than the person itself, interchanging the roles between tool and person. This lets us see some faces without a battery for those who observe them from outside. 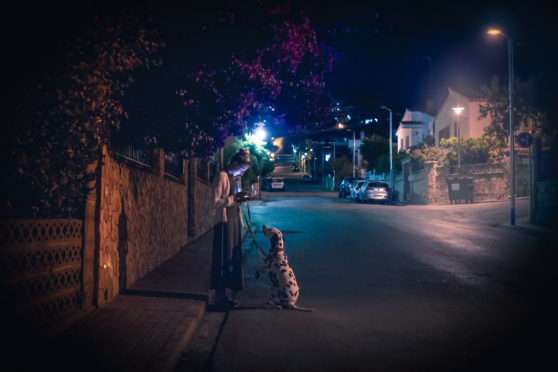 RM: You’re a Spanish photographer and we’re an American publication——is there anything about the technology use in Spain or Europe that maybe differs from what we’re used to here?

OP: I do not know the American situation but here there is a feeling of lack of control. The mobile has gone from being a tool to being a part of our body and society is not realizing it. The “disconnect” concept no longer exists. 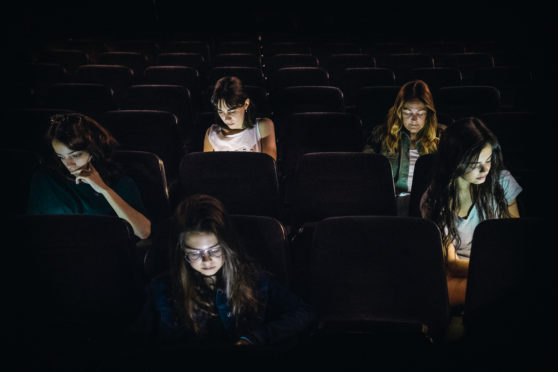