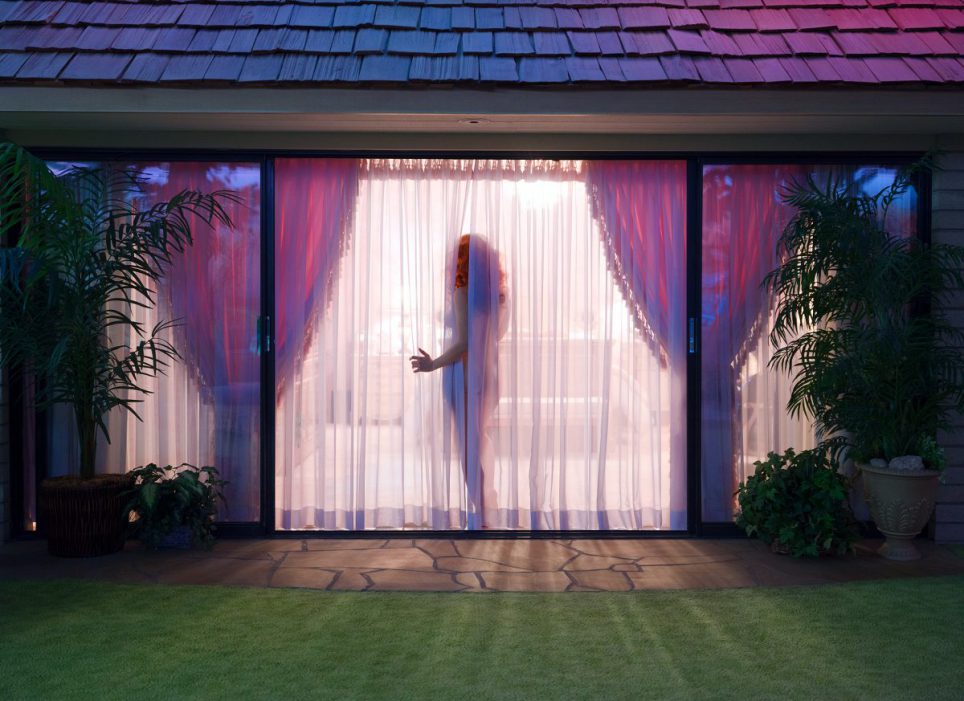 This New Photo Series, Shot in A Cold War-Era Las Vegas Bunker, Is As Unsettlingly Beautiful As You Might Expect

The 28-year old artist June Calypso is from East London, but her most recent photographic undertaking has brought her stateside—and 26 feet underground. For the eerily captivating shoot, Calypso traveled to an underground Cold War-era bunker in Las Vegas, which, rather unsurprisingly, has a very interesting history. The bunker has an aesthetic that lies at the intersections of girly, futuristic, retro, dystopian, and dreamlike, and it was first constructed by the ex-CEO of Avon cosmetics, possibly accounting for its plush and feminine design.

“This wasn’t an ordinary bunker though, they lived down there full time. So it has a swimming pool, guest house, dance-floor, barbecue, plus an artificial garden surrounding the house with lights that can switch from dawn to daylight to dusk.

The original owners both passed away from natural causes, but the house has been kept intact in its original form ever since. It’s now owned by a mystery group with an interest in cryonics and immortality.”

I’m not sure which aspect of that quote is the creepiest—the ominous “mystery group”, or the fact that Calypso felt the need to clarify that the original owners died from natural causes…instead of being murdered by a doll, maybe?

In any case, when viewing the images it is not hard to understand why they have gained notoriety. They are undeniably striking, and not easily categorized. Is the photographer trying to scare us? Seduce us? Or simply cause us to stare?

For her part, June says she is interested in the female form, and has actually invented a character of sorts for herself, which fans have come to refer to as “Joyce”. Calypso says

“I like travelling to strange locations with unusual interiors to take pictures and make films of myself as this funny character – it’s like a private performance for the camera, which becomes very public when I put it online or in a gallery.”

Calypso cites David Lynch and Wes Anderson as being among her artistic influences, and while the inspiration is clear, Calypso adds a mystique that is all her own, a uniquely feminine horror story.

To check out the rest of the haunting images, click here.