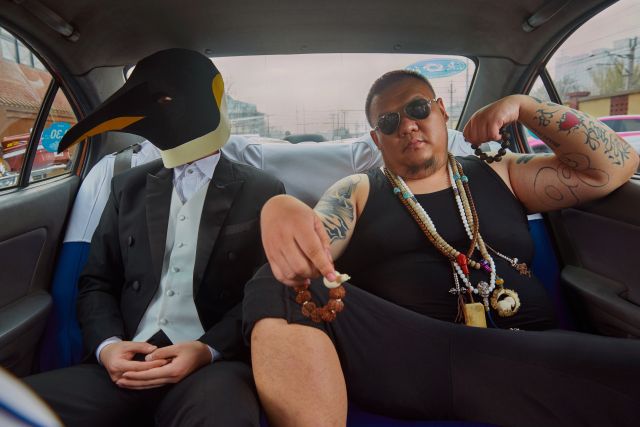 This Penguin Might Be Creepy, But He’s Fighting The Good Fight

The non-profit environmental group, Greenpeace, is notorious for its radical antics. Activists involved with the organization have been known to hang from cranes, blockade ships, and otherwise risk life and limb in their crusade against climate change. While a newly-released photo series sponsored by Greenpeace isn’t quite as high stakes as the aforementioned hi-jinx, it does send an important message, and the images produced are at least as creepy as they are beautiful.

The 18-image series features a man (to use the term loosely) walking around different locations in Beijing wearing a suit and a penguin mask (that part is important), and basically just…looking at things. The photos are intended to emphasize our alienation from nature, and the inequity of humans and animals. 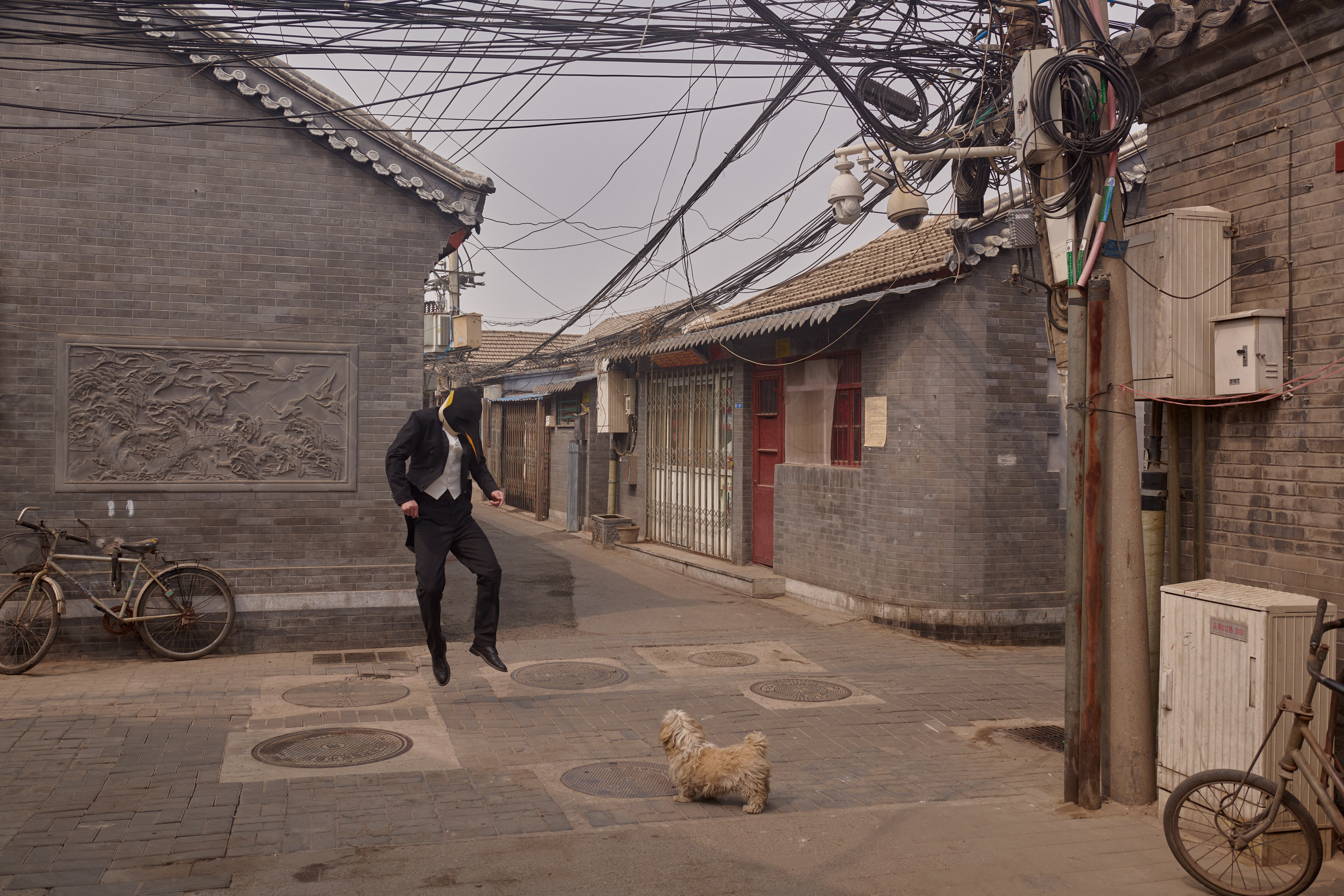 The penguin-man is seen in a variety of scenes. In one picture he stands in a penthouse apartment, staring out the window at the city; in another he squeezes inside a taxi with a “typical Beijinger”; one image shows him sitting alone at a table filled with food.

The photos were shot by one of the most highly renowned magazine photographers of China, Trunk Xu, and were created as part of a fierce global campaign seeking to establish an Antarctic Ocean Sanctuary, with the ultimate goal of banning fishing there. The purposes of the campaign are detailed front and center on Greenpeace’s website, in a statement that reads

“This year we have the opportunity to create the largest protected area on Earth: an Antarctic Ocean Sanctuary. It would ensure a safe home for future generations of animals, and protect the waters from industrial fishing vessels, currently sucking up the tiny shrimp-like krill, on which all Antarctic life relies.

The Antarctic ocean supports an abundance of incredible life: penguins, whales, fish, seals, and colossal squid. But a warming climate and expanding industrial fishing are threatening this vital ocean and its iconic creatures.”

Here are several of the shots from the haunting series: 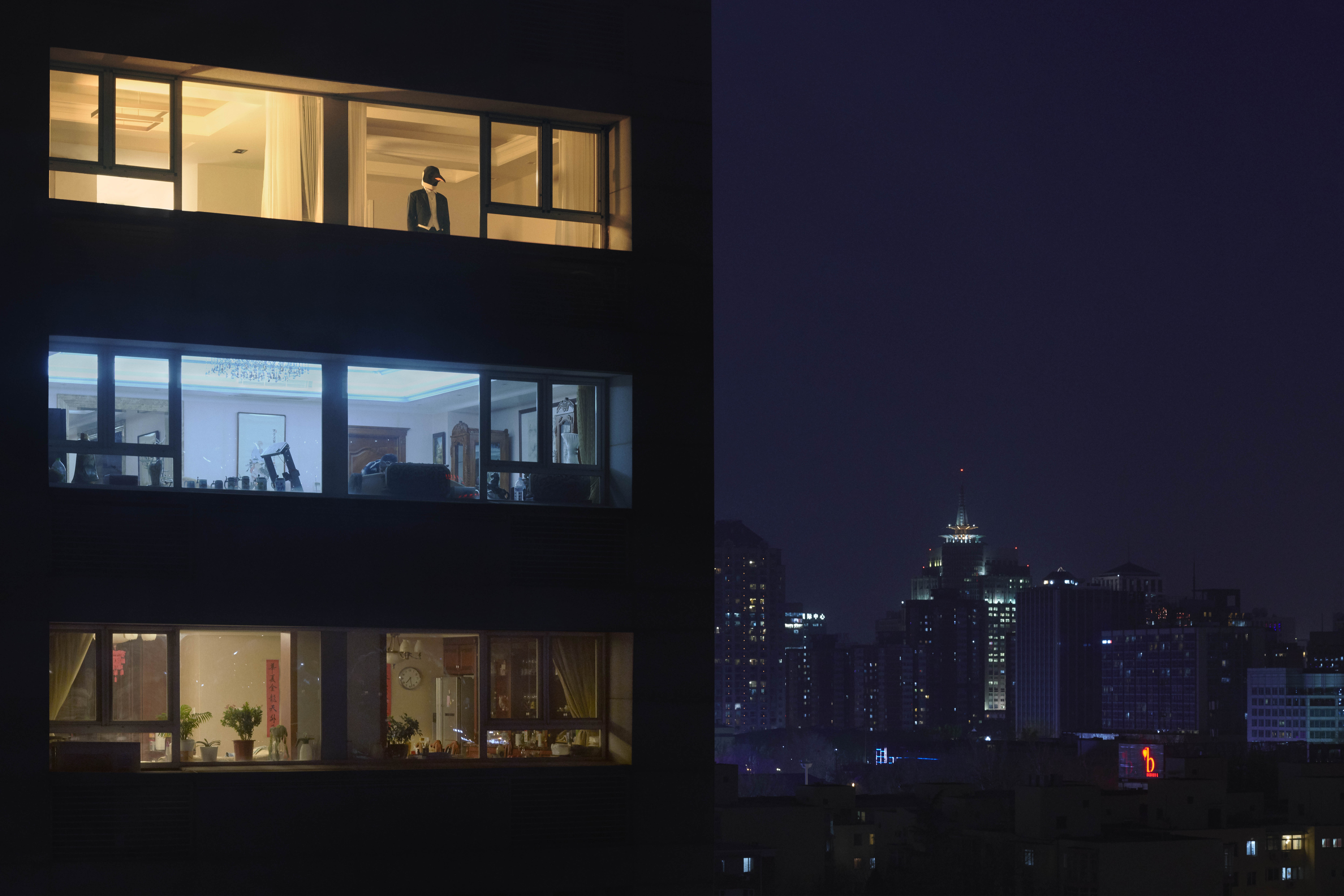 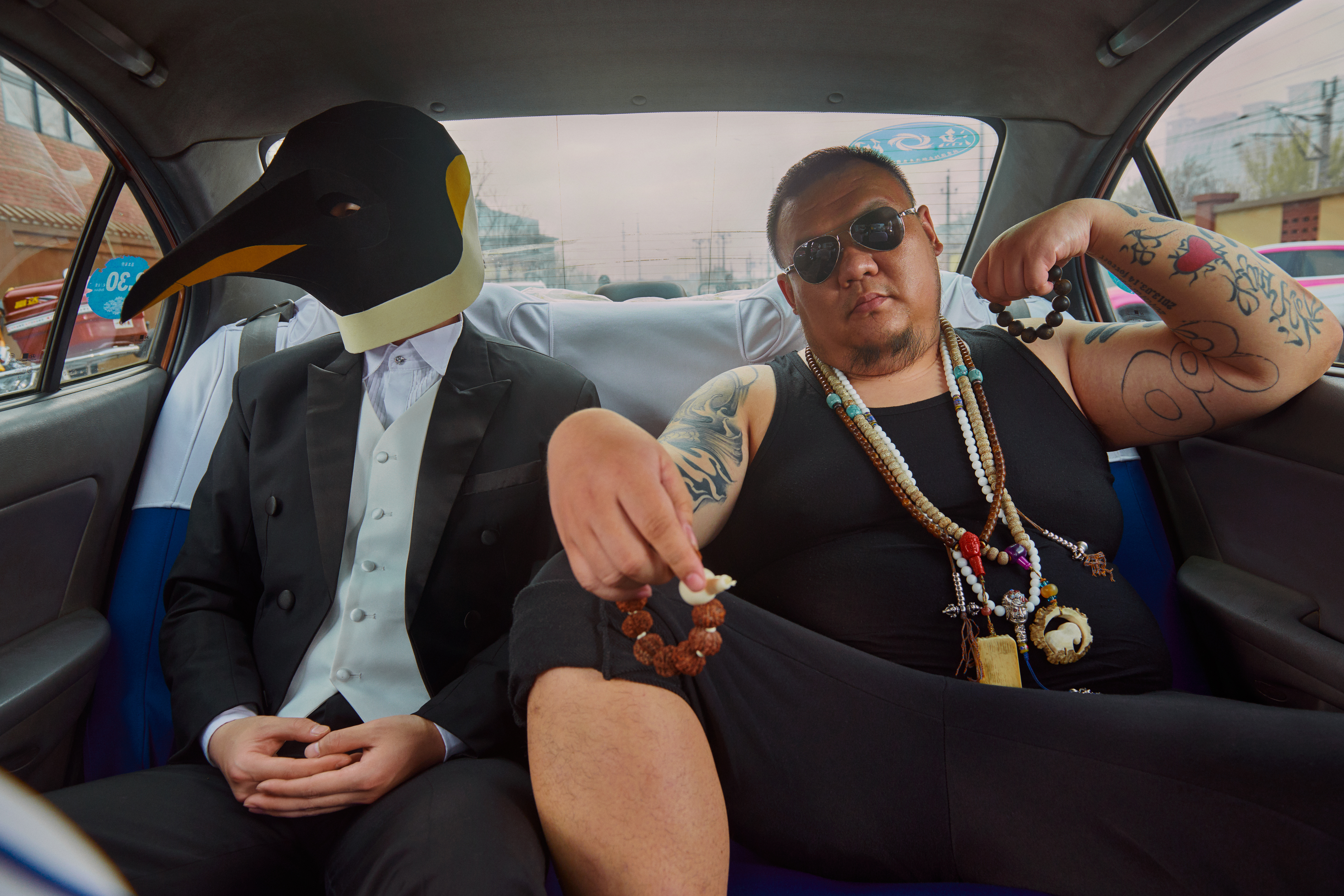 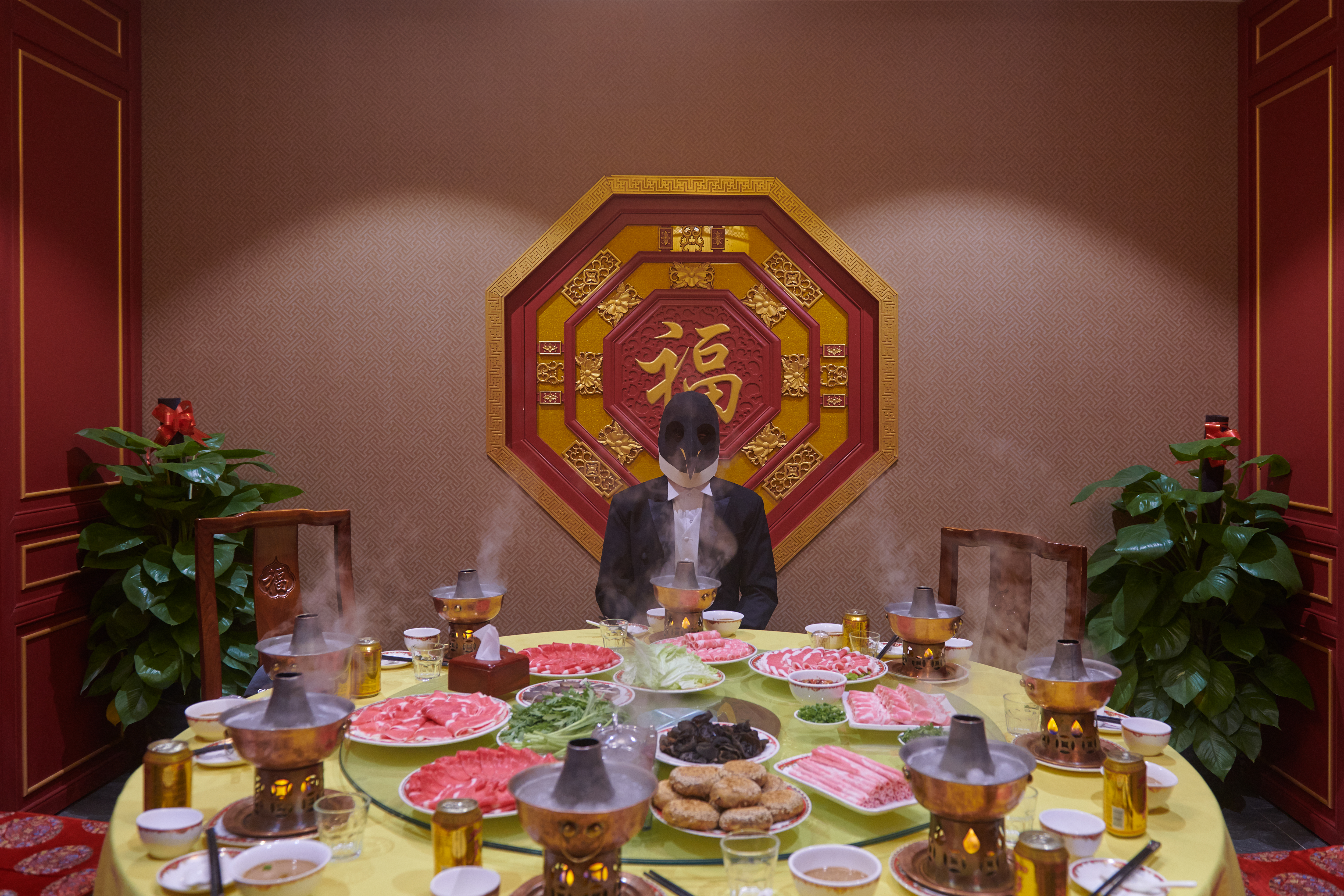 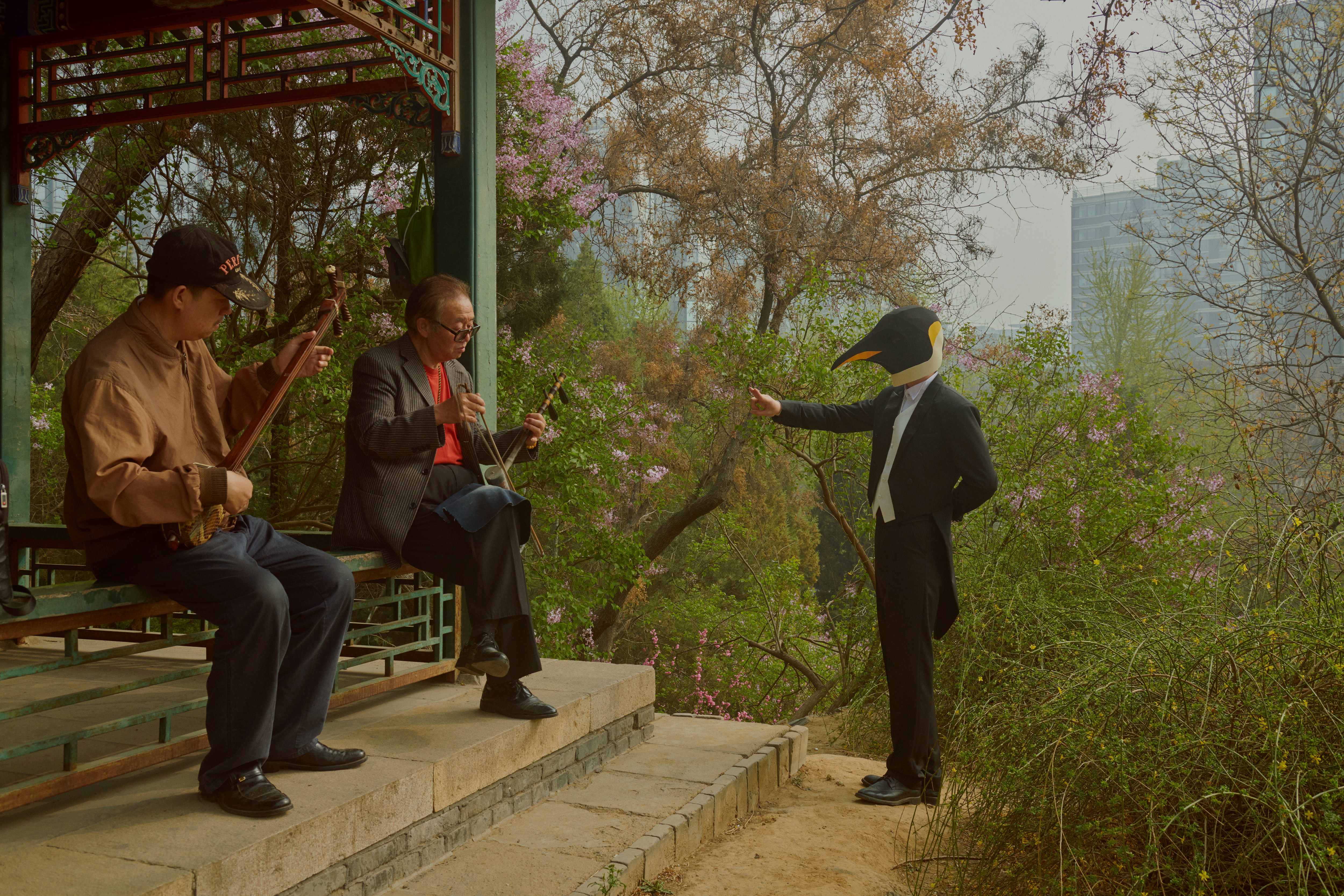 All photos by Trunk Xu.