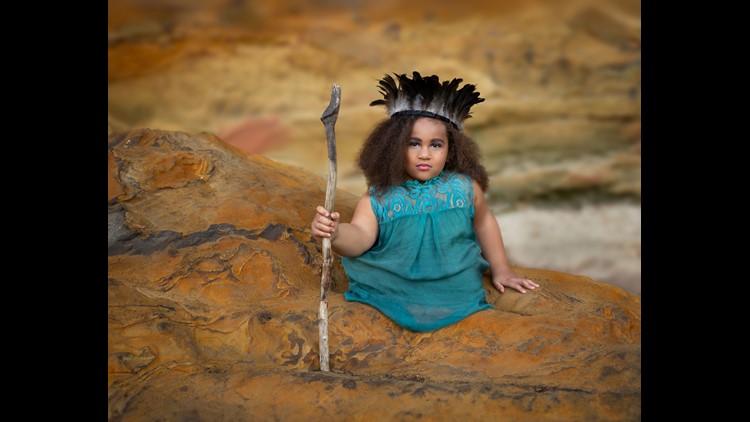 La’Mareea Wadell, an adorable 8-year old child hailing from Lancaster, Ohio—who sometimes goes as Maree—has become the most recent viral darling to gain the Internet’s collective adoration. Maree achieved unexpected viral fame after taking part in a free photoshoot with local photographer Leslie Dye, whom her mother had reached out to in a message. The resulting photos are regal and striking, gaining their haunting power and charm not only from the elaborate costumes and beautiful backgrounds, but primarily from the modeling prowess and unwaveringly fierce expressions delivered by the young girl.

“I didn’t know anything about her before. Her mom sent me [a message] that she was spunky, she likes being in front of a camera. During one of the shots she goes ‘I’m going to give you my duck face because it’s working for me,’ and then she just gave me that face and it just worked for her”

The photos are so captivating in and of themselves that you may not even notice that there is something that separates Maree from most other children her age—she was born without legs. 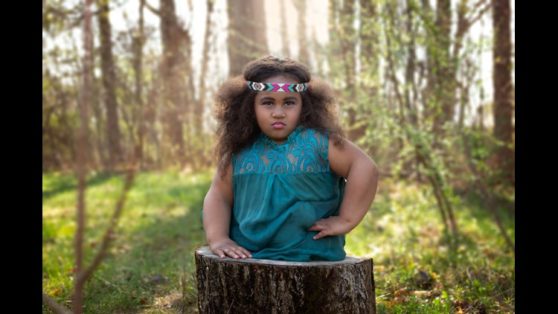 Far from seeing this as a setback, however, Maree takes pride in being different, and displays wisdom as well as confidence beyond her years. In an interview with NBC, the girl said

While Maree may well have a future in modeling, her sights are currently set on even bigger goals—helping others with the same condition as her. Since going viral, Maree and her mother have become connected with a community of others dealing with similar disabilities, a network of friends that they didn’t have before.

In terms of her next big projects, Maree—or “Warrior Queen”, as the Internet as appropriately dubbed her–has plans to meet with a para-olympic swimmer to learn how to swim…not a bad idea, as the hottest August in history is right around the corner.