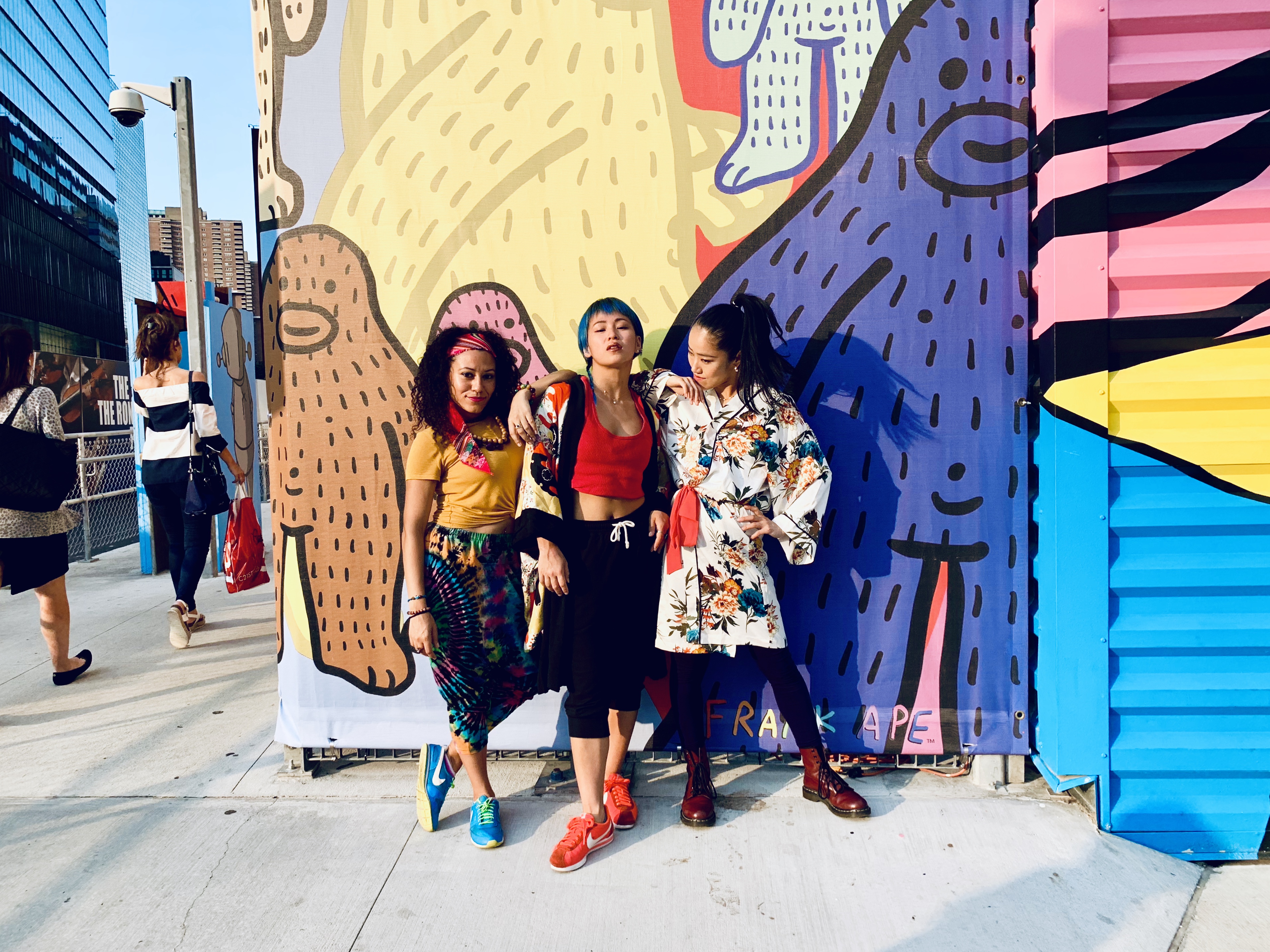 5 Reasons Every Visual Creator Will Love The iPhone XS

Every year around this time the excitement of a new iPhone model fills the air. And with each Apple iPhone event, we see leaps of improvements in our most treasured piece of technology. We hear the “ooohs” and “aaaaahs” as the keynote reveals all the newest bells and whistles to the gadget that has, for better or for worse, become a part of us. This year, however, there are some really key improvements that will specifically make the lives of visual creators even more mobile, more convenient and more powerful than ever before. Here are five of the most useful upgrades of the iPhone XS/XS Max for visual creators.

1. Low Light Capabilities: Apple improves on the iPhone’s low light capabilities a little bit every year. However, this year they made huge leaps and bounds in this area, clearly showing the attention and resources that went into developing the iPhones low light performance. A beautiful shot can be captured with the iPhone (including many of the past models) when the mobile photographer is given sufficient light. But, without sufficient light, image capture becomes much more of a struggle. One of the most common captures is the sky/ sunset at dusk where the sun is peaking through the clouds, colors running through the sky and all you see in your shot is a blown out background. Now with the iPhone XS’s bigger sensor, you have much more dynamic range, accuracy and detail in a shot of that nature.

Here are a couple unedited dusk photos from the iPhone XS Max: 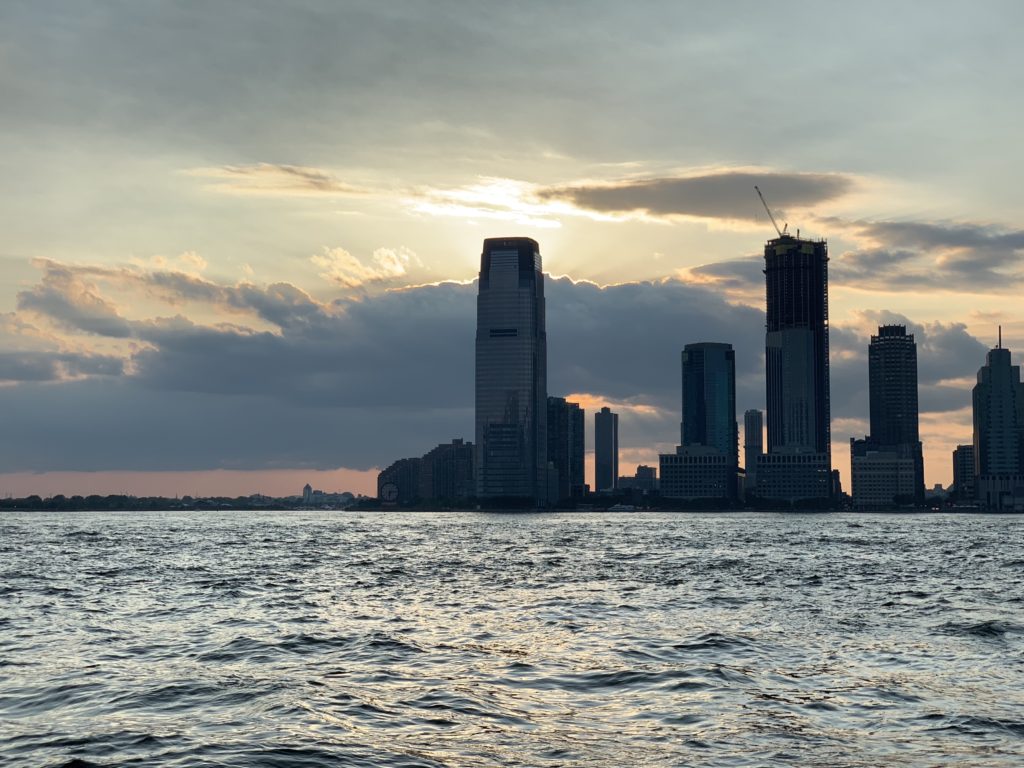 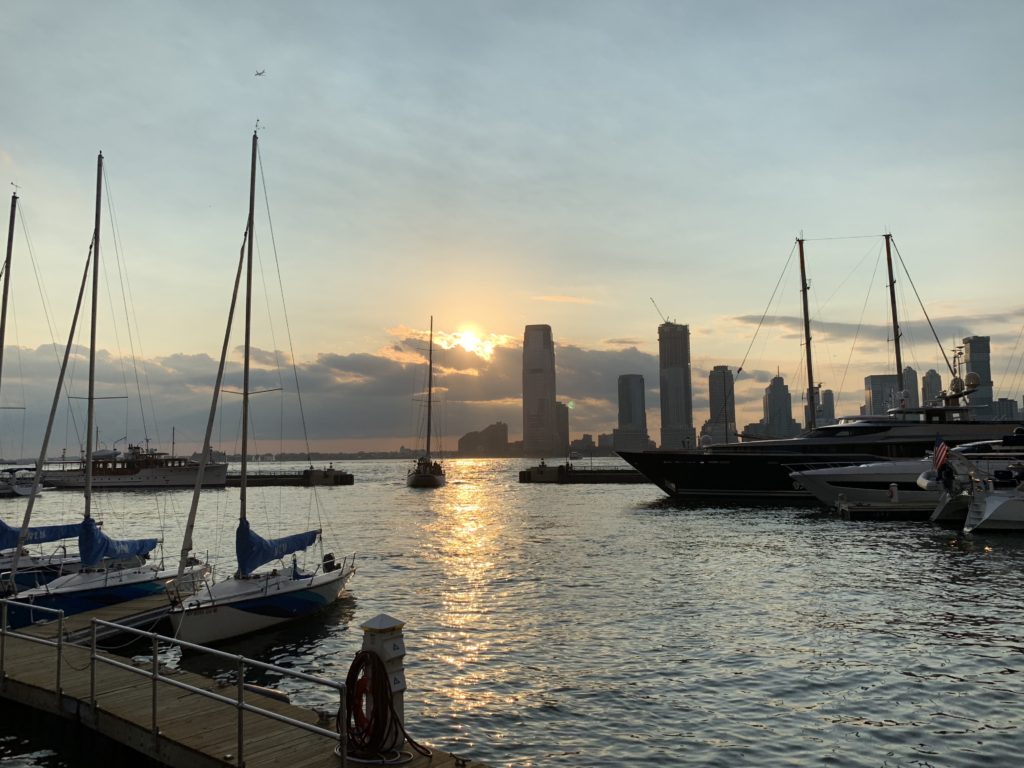 2. Depth of Field Control: This is one of my favorite new additions, and the Depth of Field Control is probably going to be one of my most used features of the iPhone XS. When in portrait mode, you can control how much blur (depth of field) your background gets. Apple has mimicked the real bokeh reactions of different light sources that you would see naturally happen through a lens. You can’t control this beyond the general depth of field control but the stronger light sources will actually adjust in a very organic way. Also, the ability to detect edges and objects with varying opacity has become much more intuitive. In past models you’ll see glitches occur while using portrait mode, particularly around hairlines or glass objects, this is something I have yet to see while using the iPhone XS. 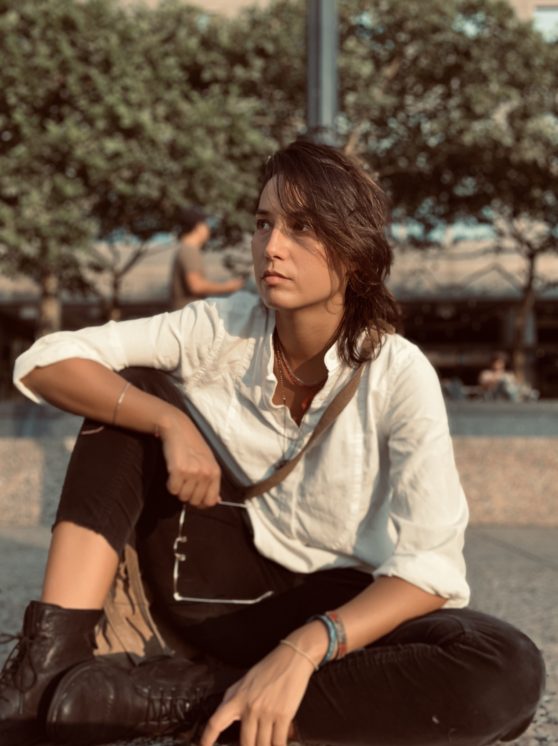 Selfie on portrait mode with self timer. Depth of field adjusted in editing.

3. Dual Sim Card Capabilities: Many creators are also avid travelers or even predominantly travel influencers or photographers, therefore, massively increasing the need for convenience in the field of travel. One of the most innovative upgrades is the ability to host multiple SIM cards. There is technically one physical card slot, but the phone is able to store up to five eSIMs. This means, you can have a much more affordable…let’s say, Thai eSIM card, Chinese eSIM Card, Indonesian eSIM and Australian eSIM Card all while utilizing your US number and traveling seamlessly between the countries. A couple of resources for eSIMs are GigSky and TruPhone for when the time is right. Anyone who travels a lot can attest to the value that this new feature has for those who bounce around the globe on a regular basis. A pro tip: If you plan to use this feature I suggest buying your phone from Apple directly instead of your carrier. Apple purchased phones will come unlocked and will allow you to use any carrier card you wish. If you go with Verizon, for example, you’ll only be able to use Verizon cards.

4. Stereo Audio Capture: I personally have never used the iPhone’s bare speakers much in the past mainly because the quality was never really strong enough to enjoy what I was watching, so on went the AirPods. Now, not only are the iPhone XS speakers significantly louder but they also host powerful stereo sound which is also able to be captured through the iPhone XS built-in mic. This is questionably useful for anything that will not be viewed on an iPhone XS but as stereo becomes more available on more devices this is one step towards allowing creators to be at the front line of technology.

5. 2 Meter Water Resistance For Up to 30 Minutes: This was described to me like this– Let’s say you throw your iPhone XS into the pool ahead of you, you’ll have time to put your bathing suit on then jump in after the phone. 30 minutes to be exact. So maybe I can’t hang out all day in the pool shooting underwater shots of my friends, but I can certainly achieve an underwater shot if done within a reasonable time. This cuts out so many more worries for us on-the-go type creators such as rain and opens up shooting possibilities that weren’t there before as we would often scramble to keep our phone dry. The constant worry and protection of equipment is something DSLR users still need to be regularly concerned about. Also, if your phone or hands are wet, the screen is more intelligent about which is which allowing for much smoother navigation in wet conditions. Perhaps this is just one step closer to making the iPhone a fully water proof device.

There are certainly more great improvements to the phone such as extended battery life (+30 min on the XS and + 90 min on the XS Max than the iPhone X), scratch proof glass, higher megapixels on the front ‘selfie camera’ (Dual 12MP Cameras on both front and back, as opposed to 12MP and 7MP on last year’s X) and a much larger sensor (really what we owe a lot of the other camera improvements to) and for the nerds- a high performance CPU called the A12 Bionic chip (also a key player in a lot of the upgrade capabilities we’re seeing). Overall, without much fuss, Apple just released a very powerful upgrade with huge stepping stones for future iPhone models.

Some images taken with the iPhone XS: 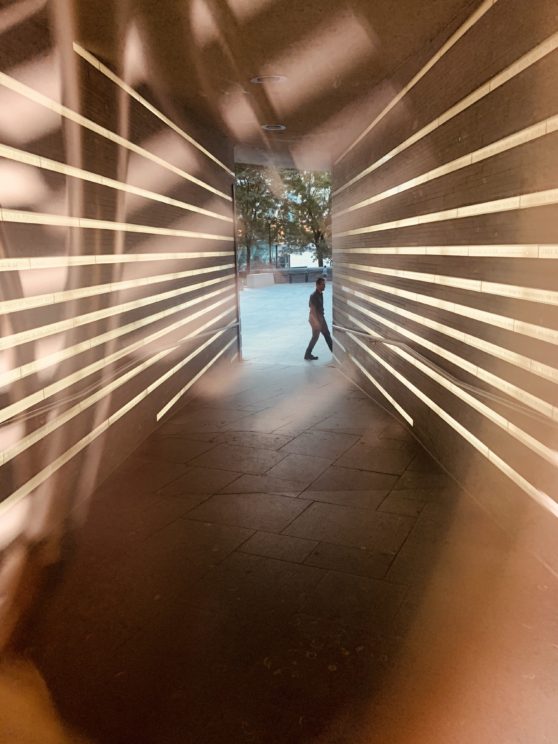 Shot through the Ray Bans lenses. Nothing to report, just a cool shot. 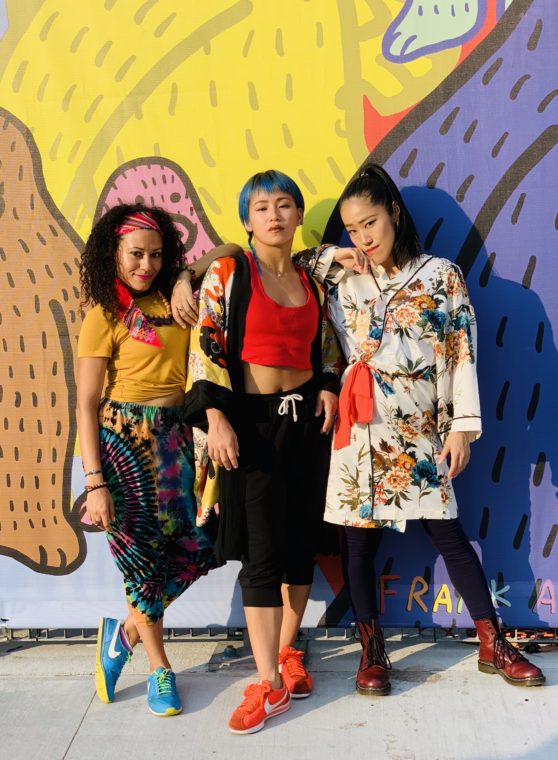 These girls are not models! Just hanging and happened to pose perfectly for me. 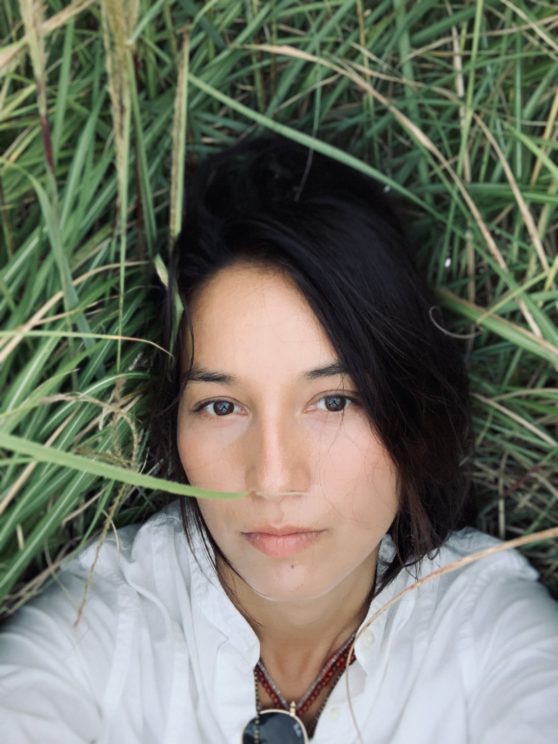 Self portrait on portrait mode. I wanted to see how the depth of field would adjust when there’s multiple depths to an image including foreground objects. I think it did a nice job understanding the image. What do you think? 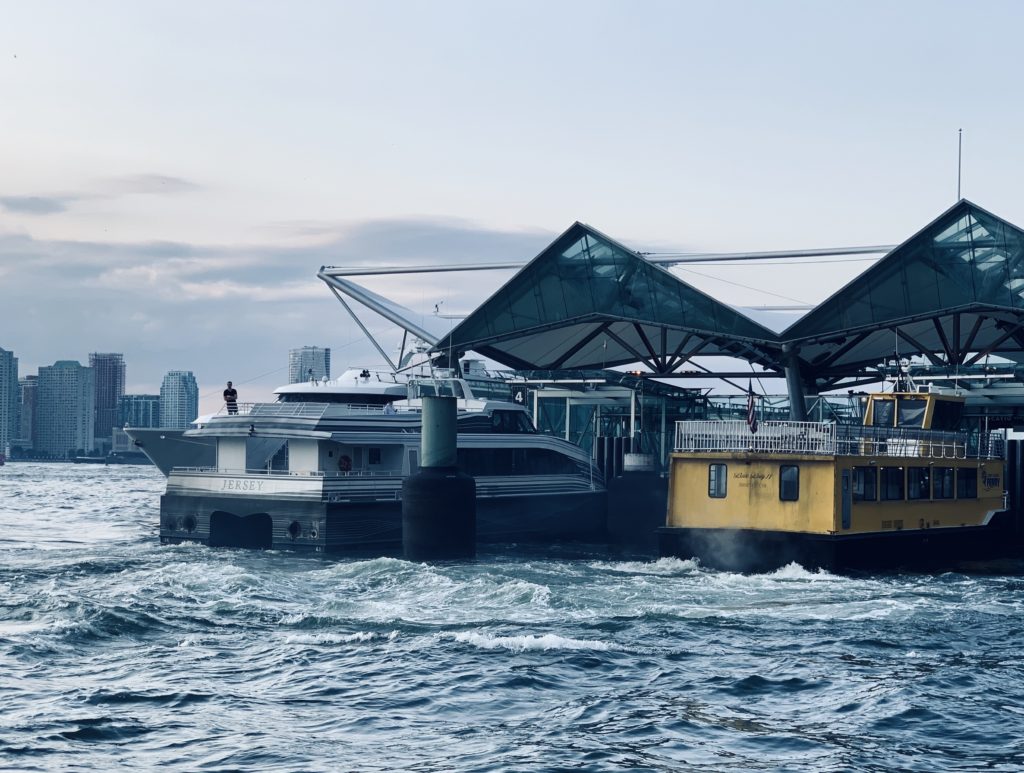 Slightly cropped photo of the ferries at dusk.