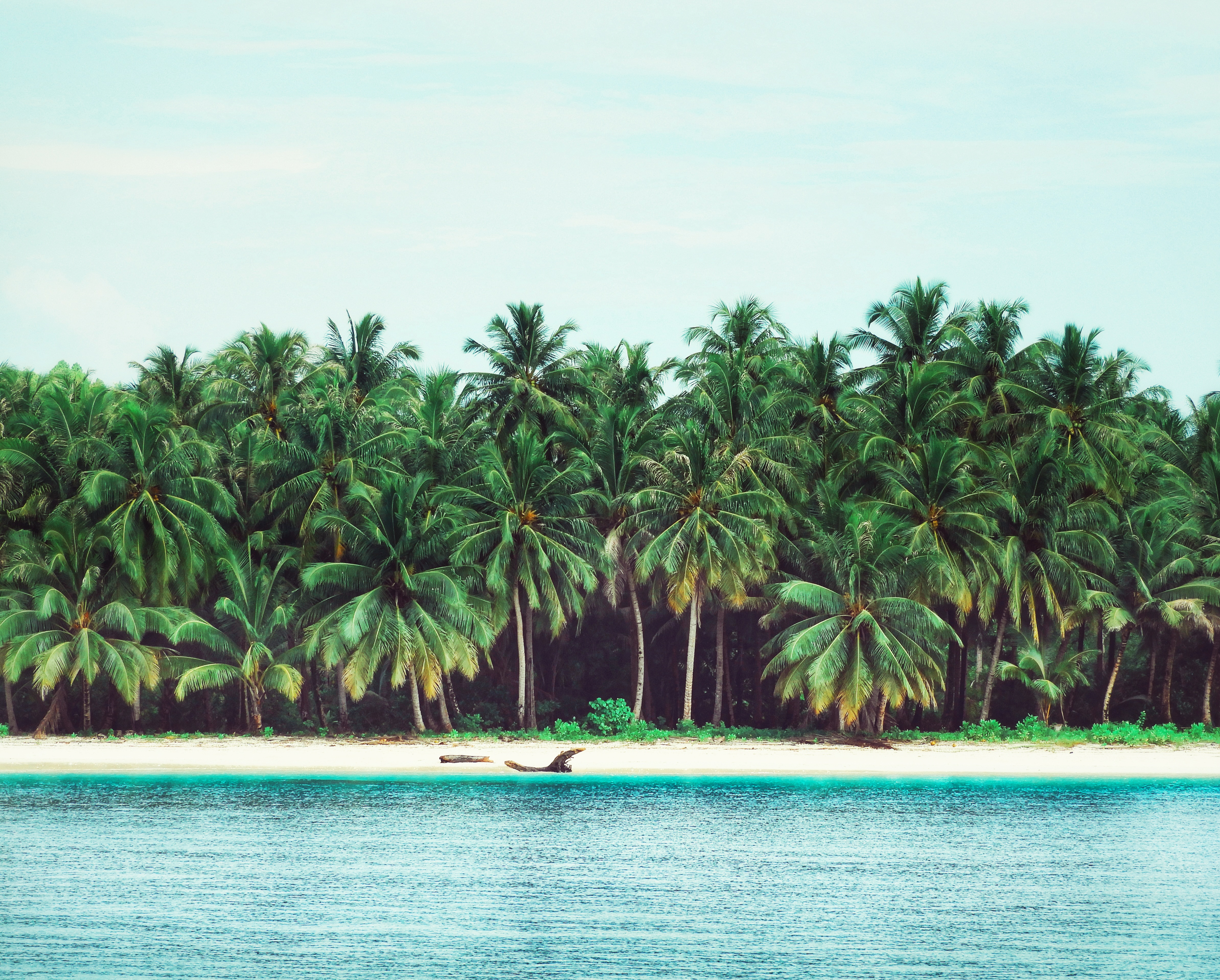 Mapping Out Your ‘Endless Summer’ Trip

When you hear the phrase, The Endless Summer, the first thing that probably comes to mind is the jaunty 1966 documentary—the one that follows surfers Mike Hynson and Robert August as they travel from coast to coast, catching the wave. The film’s mission is to answer the question: with enough time and money, is it possible for someone to experience summer for the entire year?

Those of you who live in an area with four seasons are probably scoffing at the very idea.  After having spent 1/4th of your life in the clammy hands of winter, it seems impossible that one could be warm for the entire year. And even if it was possible, you doubt someone could plan such a daunting trip.

But never fear, dear reader. Resource has come to your rescue. We’ve carefully plotted out the best surfing spots across the world, and the best time of year to visit them. Below, you will see the outlines for the “endless summer” that we speak of.  Now, all you have to do is pick up your board, get a passport, and go. 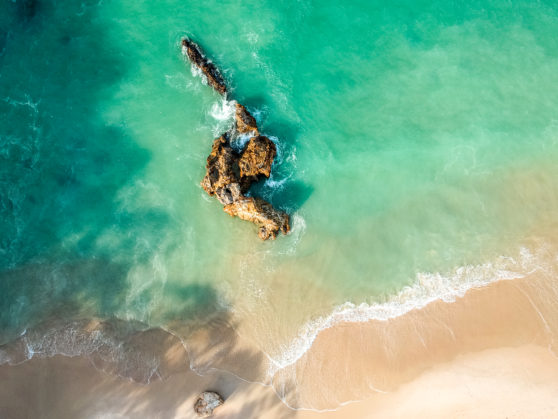 To start off your summer experience around the world, you are going to escape this cold and dreary month and head to the other side of the world, down below, where the weather is at a sweet 77 degrees.

Following the path that was carved out for you in The Endless Summer, your trip will begin with Manu Bay, which sits at the point of New Zealand. Six kilometers south of Raglan, it is one of the most popular spots for surfers internationally. The left-break waves are consistent and smooth. Every Saturday, the beach holds an event that allows surfers from across the world to compete with one another. 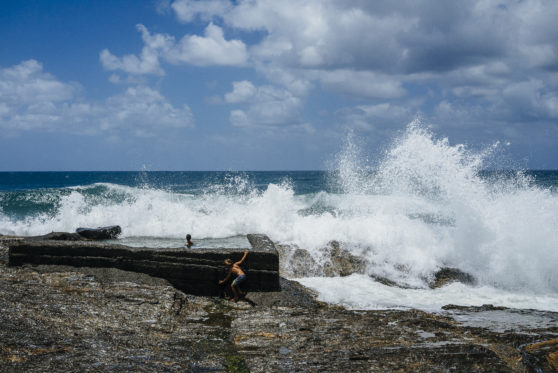 A hop, skip, and a jump away, there is the Gold Coast of Australia. You can spend the month of February here, and bask in the glorious 80-degree weather (while your friends freeze at home).  Along the terrain of the coastline, you will find the “superbank” at the southern point of Snapper Rocks. The “Superbank” is made up of three beaches- Kirra, Rainbow Bay, and Durnbah. Among these beaches, you will experience waves of varying difficulty. If you’re an amateur, or want some time to get back into the swing of things, you can start of by taking lessons at Rainbow Bay. Throughout the month you can move your way on up, until you’re deftly riding the surf at Durnbah (nicknamed D-bah by the locals).  And when you’re not surfing, the Gold Coast has plenty to offer. Among high-class restaurants and beautiful rainforests, the area is also the theme park capital of Australia. If you get tired of the swell of the water, you can quickly change up the pace on the rollercoasters of Dreamworld. 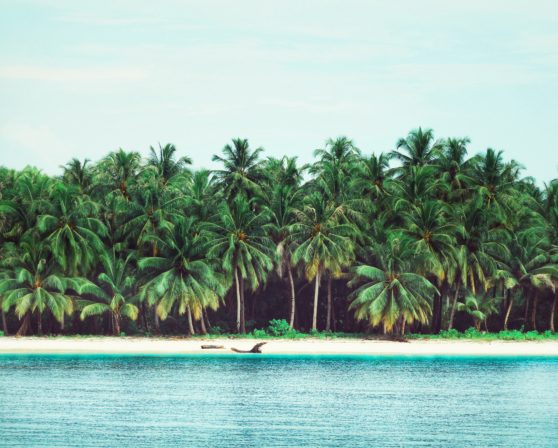 After your month in Australia, you’ll move up the hemisphere a little bit to the Mentawai Islands of Indonesia. The waves vary here from two to twelve feet in height throughout the day, so no matter your level of experience, there will always be a spot on the beach for you. When you visit these beautiful islands, you have several options when it comes to accommodations. You could stay on one of the islands and enjoy the beauty of the rainforest-inhabited land. Or, if you are feeling adventurous, you could jump on a surf charter, which will take you to the reefs of each island and give you the complete Mentawai Island experience. 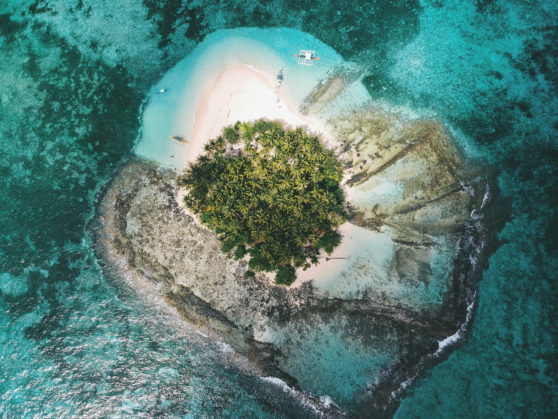 As the southern hemisphere cools down, the northern hemisphere heats up—as the weather turns a corner, so will you. Your next travel destination is Siargao in the Philippines.  At a whopping average temperature of 91 degrees, the Philippines will be one of the warmest places in your year-long trip. On top of that, the Philippines offers one of the most intense, liberating waves that you will see.  Surfers call it “cloud nine”, because indeed, you will feel like you’re on top of the world when you’re riding it. Consistently rated as one of the top surfing spots in the world, cloud nine will give you a rush of adrenaline as it moves you swiftly over the reef. 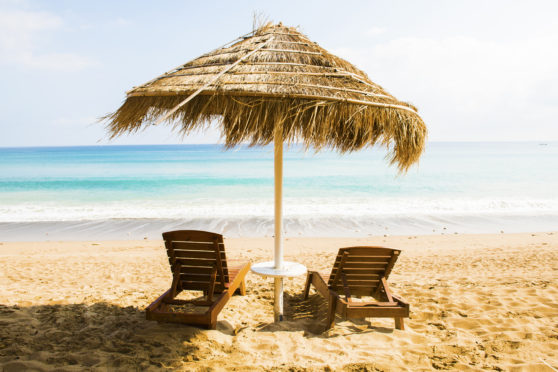 Now for the jump from the Philippines to Taiwan, which has just recently been making a name for itself as a great place to surf. Jilaeshui, Pingtung, will offer you the ideal environment to surf in solitude (though you may want to bring a friend, because the waves can get dangerous). The beach typically sees around a dozen surfers at any point during the day, which leaves plenty of room for you to ride. You can also visit Waio Beach, in Yilan, and walk along the black sand of the beach. You’ll meet plenty of locals along the way, so you can become truly immersed in the culture of the area- instead of swept up by the throng of tourists that you’ve seen on other parts of your journey. 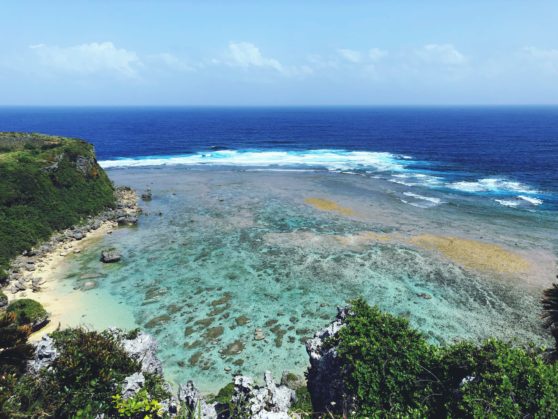 This month, you’ll fly up further north to the beautiful beaches of Okinawa, Japan. In White Beach, the waves are consistent and swell up to twelve feet. The beach gets ultra-crowded on the weekends, so you could spend the weekdays on the beach and spend the weekends exploring other parts of the island. Stretching 70 miles long, the island offers plenty to discover. 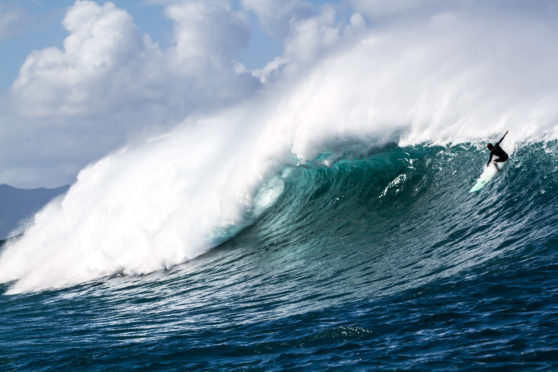 This month, you’ll fly a little closer to home and land in Oahu, Hawaii. At an average of 84 degrees and the home of golden sunsets, the island is a beautiful vacation spot that will leave you feeling at ease.  When you’re not relaxing on the beach or engaging in a luau, you can find adventure at the legendary Banzai Pipeline.  The shallow reef combines with the pressure underwater to create huge, swelling waves that surfers around the world search for. If it seems intimidating now, don’t worry, after six months of spending time in the ocean, you will be more than prepared for these tides.  Also, if you’ve ever seen the 2002 surfer movie, Blue Crush, this is where it was filmed. 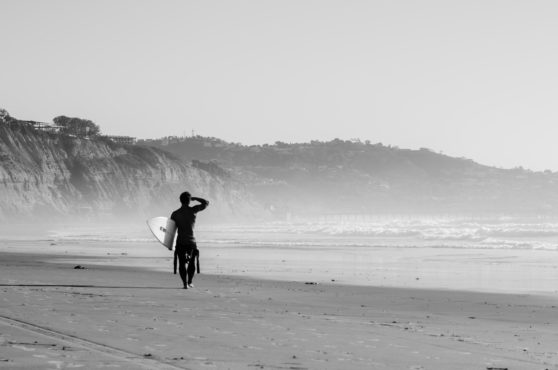 Ahh California- the home to surfers in the states. Black’s Beach has some of San Diego’s best waves, they reach 10 to 12 feet, and are consistent year-round. After hiking down a substantial cliff, you will reach the beach, where you can meet plenty of other experienced surfers.  Just make sure that you’re on the right side of the beach… the northern part of the shore is a nudist beach. 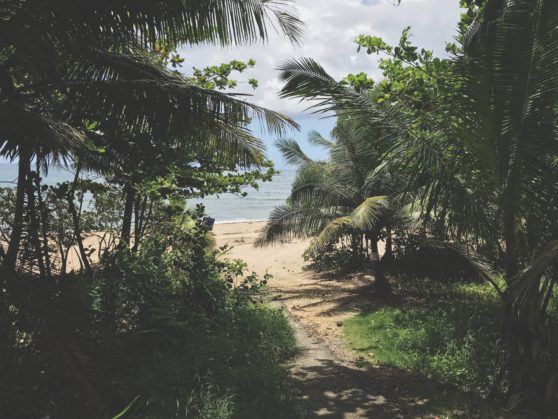 As the weather in the states begins to cool down, you’ll fly down to Puerto Rico. In Rincon, Puerto Rico, three beaches sit alongside one another, and you can choose which one you want to hit depending on how you feel that day. If you feel like a relaxed day on the water, head to Antonio’s beach in the morning (this is when the waves break the best). For a more intense day, you can travel to the Parking Lots beach, or Sandy Beach.  Here, the waves are about the same size but the undertow is stronger. Even as the experienced surfer you are… be wary!

Ecuador’s Montanita Beach has been described as an outright sauna, so you’ll be enjoying the warm, humid air as your friends back home begin preparing for winter. The waves are strong, especially in the morning. When you’re not on the water, the shore is populated with bars, clubs and restaurants, where you can enjoy relatively cheap meals (around 8$ a meal!) and conversations with the locals. Montanita beach is known for its “hippie” culture, so don’t be surprised when you see vendors selling marijuana on the beach. When you’re not surfing, there are several other exciting adventures you can go on, including scuba diving on the reef or hiking up the mountains that surround the beach. 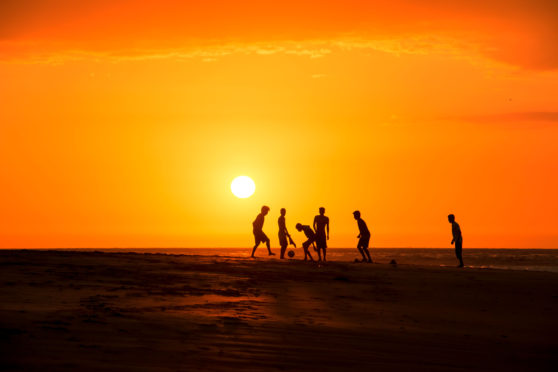 From Ecuador, we’ll travel to Peru, and land in the beach Mancora. It’s a large beach, so while it may get crowded, there is a lot of shore and ocean to go around for all of the surfers that visit. The waves range from three to twelve feet, and in some areas of the beach the waves turn into barrels and tubes. The beach also provides you with opportunities to kite surf, shortboard, and longboard. 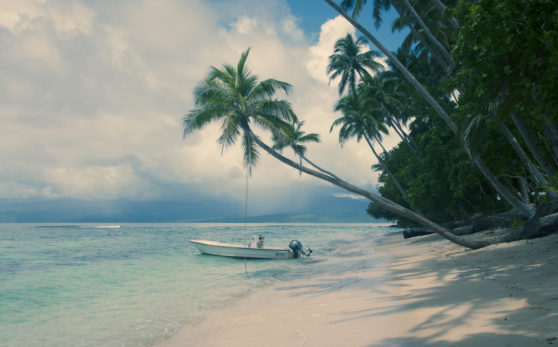 For the final extension of our year-long trip, we will travel across the Pacific to Fiji. You will end your trip with Tavarua island, a 24 acre, heart-shaped piece of paradise in the middle of the Pacific. The island faces south, so it captures all of the tides coming in from the southern ocean. Off the coast, you can just make out Cloudbreak- a huge wave that breaks off of the thunder reef. You can access this reef by boat and truly test your skills. The island also provides you with opportunities to kite-surf, dive, and relax at the beach.  You will never be bored.

Fiji, unfortunately, marks the end of the year-long summer. But if you wanted to, you could easily hop from Fiji to New Zealand and do it all over again! If not, you can fly back to Hawaii, and from there, fly back to America.