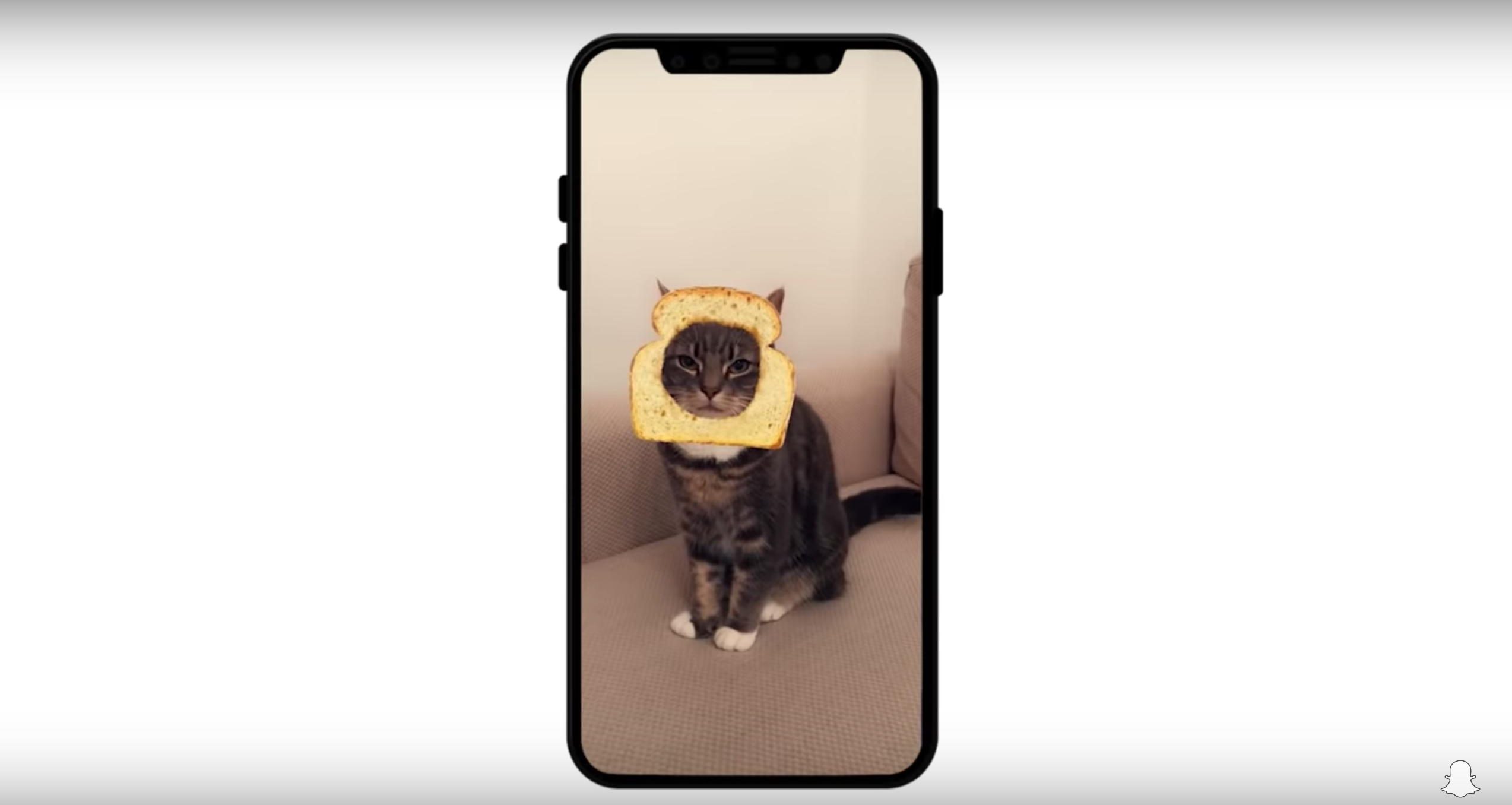 After losing more than 3 million users to rival Facebook-owned Instagram, Snapchat tries to redefine themselves. From flower crowns to animated googly eyes, your pet cat can look like a sweet, glowing princess to a cartoon character.

Similar to human filters, the filters blur and soften the face. This creates an often rosy, sweet complexion. Twitter shares their best cat pictures after the release of this feature.

This is not the first time Snapchat is able to recognize non-human features. With Snapchat’s object recognition feature rolling out throughout 2017, people are able to aim their camera outwards to play with their surroundings.

This could mean a goofy hot dog dancing on your desk to bright stars moving around your room.

Soooo @Snapchat makes #Cat filters now ?? this is Lu as a piece of bread ??????? pic.twitter.com/FZXXifUHVN

Only time will tell whether or not releasing these features will bring back an influx of users for Snapchat.

Many more companies are trying to participate in animal and object recognition, even Instagram playing with new surroundings features along with new selfie filters.

Snapchat having filters for cats is the best thing ever pic.twitter.com/oGrZIhqblZ