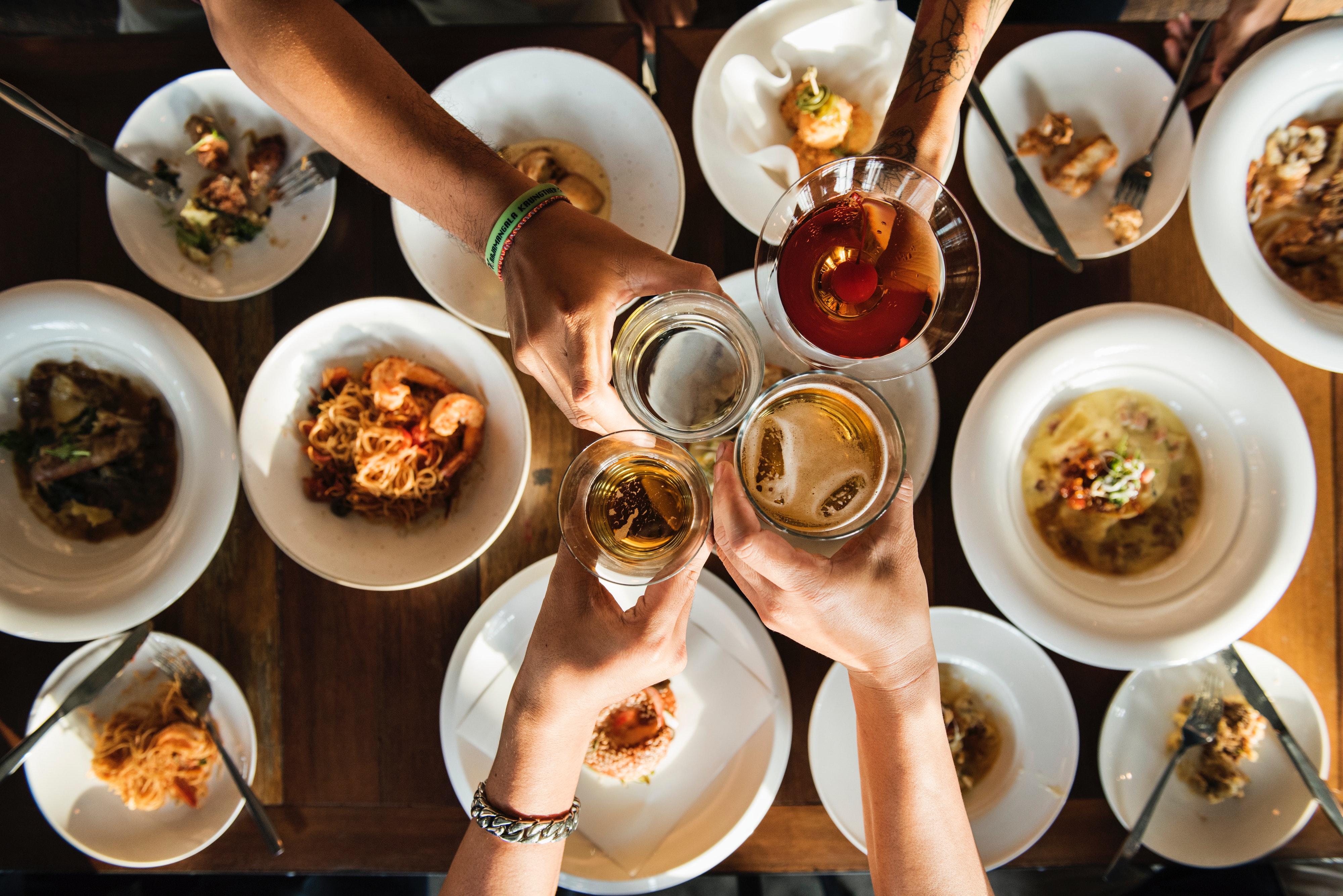 Its halfway through November and the cold is finally sweeping in! Whether or not you are mentally or physically prepared, take a break and get inspired by some fall recipes. These are not your basic Pumpkin Spice goods!

Note: VF = Vegan-Friendly. Some users here will have vegan and vegan accommodating recipes and will be marked accordingly. (Of course, you may substitute anything as you wish, as the dish allows).

“All I ever wanted to do was to make food accessible to everyone; to show that you can make mistakes – I do all the time – but it doesn’t matter.” Jamie Oliver’s name might sound familiar if you’re a Cooking Channel and BBC lover. James Oliver is an English chef regularly seen on television and owns many successful restaurants. He is born and raised in Essex and had his first exposure to cooking professionally through Antoni Carluccio’s restaurant as a pastry chef.

So, what’s the appeal of Jamie Oliver? His dishes are accessible and easy to follow. He piloted food movements in schools for kids to eat better meals and continues to create content for aspiring chef and those who just want something new to try.

2. Laura in the Kitchen

Laura has so, so many fall-inspired recipes. From pumpkins to cranberries, sweet potatoes to homemade soups, Laura is a valuable source for any fall meal. Laura started her channel in 2010, which means cycles of many timeless fall recipes. She has over a thousand recipes on her Youtube channel and is overall very adorable and helpful in her videos. I can totally see her having her own cooking show on television, she’s that good.

If you’re looking for a quick, vegan, fall dessert recipe, look no more fourth! Being the second chef sporting a great British accent, Jemma runs a shop named Crumbs & Doilies where she bakes and sells homemade cakes and cupcakes every week. Meanwhile, she posts how-to videos. Everything from behind-the-scenes to basics, and essential decorating to cupcake pointers.

Looking for a dessert that’s fancier? Ann Reardon is a practiced dietitian and online chef sharing her tricks to healthy and tasty desserts. Although her channel is full of sweets (cakes, cupcakes, and more), she makes sure they are mostly low fat and still taste great. She found her start writing recipes with her family and friends, then exploding into an internet chef phenomenon.

If you want something photogenic and tasty, Donal has got you covered. He works with simpler spices and sauces in case you were a little intimidated by the world of spices and seasoning. Originally from Ireland but now living in LA, he is a TV chef for the Food Network, BBC, and other smaller channels. He works on simple, homecooked recipes that are not difficult to make and taste great.

Babish is hilarious. From animated TV shows to regular essential basics, Babish covers all grounds. Particularly known for his imaginative recipe of Rick and Morty’s Schezeun Sauce, he never stopped and continued creating recipes based off television and movie series.

For all you Harry Potter fans, fall is important and Babish has you covered with some HP meals based on actual foods in the films. He even includes a reference in the beginning to refresh your memory.

Looking for fancier, tasty dinners that are still vegan? Bryon has many recipes for you. Bryon handcrafts and reworks different recipes and creates unique, homemade flavors. Using lots of herbs, spices, and nuts, Bryon will challenge you, but leave you with an amazing dinner to wow your family and friends.

“Welcome to the Food Wishes channel, where the food is the star.” Chef John invites his users to make these easy-to-follow recipes and learn techniques like any formal chef school. He teaches you the basics while also giving you top-notch recipes and ingredient tips for a tastier, heartier meal. Perfect for fall, his filling dishes will leave you full for the whole night.

Well-known and recognizable Buzzfeed counterpart, Tasty is an all-in-one. Tasty provides you nicely packaged fall ideas in simple, fast recipes. Known for its unique, millennial-leaning content, Tasty gives you options all in one place. Usually simple and catered towards people who do not have much time to cook in the first place, Tasty is a quick way to find a unique, fulfilling recipe without draining time figuring out an ingredient’s list.

Perfect for an on-the-go work lunch or chill snack, Rachel curates a growing guide to vegan recipes and food reviews and occasionally posts about natural beauty products and lifestyle tips. Rachel is all-encompassing and shares amazing advice for perfect fall dishes to share and vegan pointers for all to learn.

Gordon Ramsey probably does not even need an introduction for most of you. Nonetheless, Gordon Ramsey is one of the sassiest, talented chefs television has ever seen. Here are some tweets that pretty much sum his personality all up: 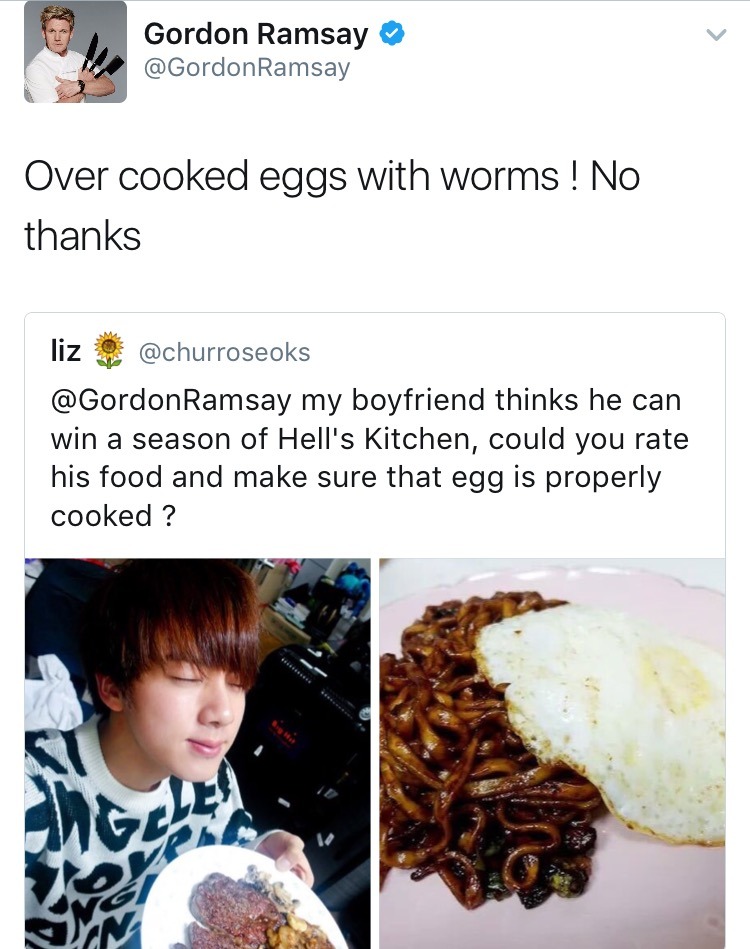 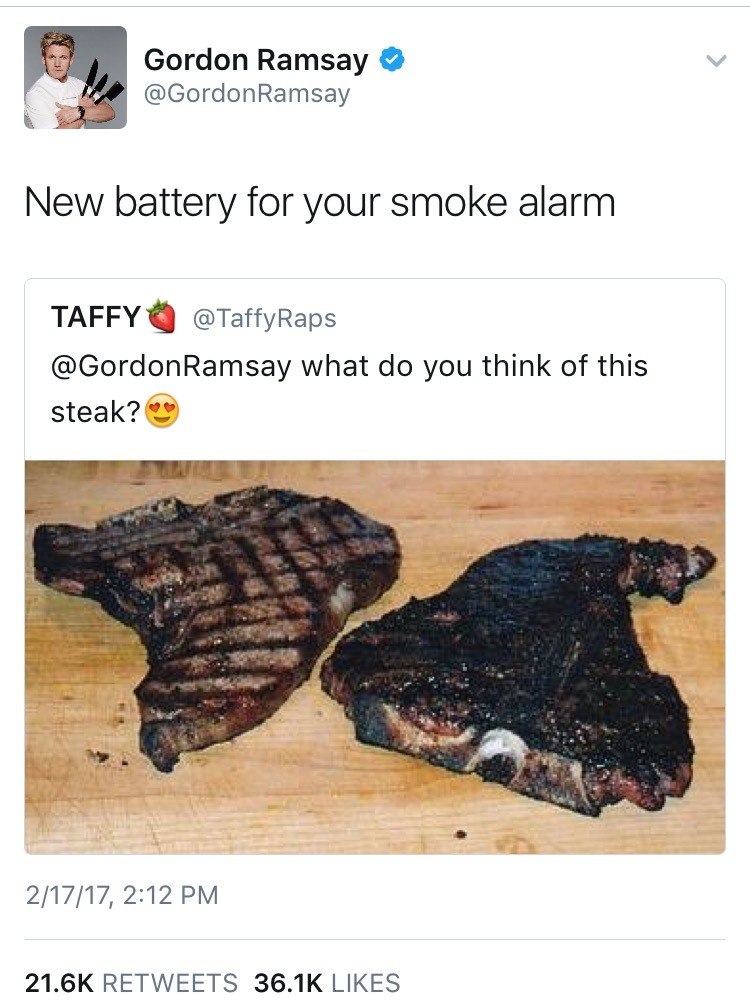 He’s pretty great. Here are some lovely fall recipes from yet another lad with a British accent.

Being vegan does not always mean being healthy, as the myth goes, but Simpy Quinoa simply won’t have it any other way. Taking popular recipes and reworking them into nutritious, delicious recipes, Alyssa will always throw in what she calls “a little quinoa twist.” Check her out for some accessible and health-conscious vegan dishes and snacks to share as the cold freezes over.

Timeless, nutty recipes are inspired by Siri’s passion for healthy living and plant-based recipes. Siri also works with occasional DIY and fashion videos if you’re getting a little tired of the recipe videos. Taking Pinterest autumn boards to a new level, Siri’s dedicates her channel to aesthetically pleasing and vegan-friendly fall options. Informed and intentional on her ingredients, follow her for step-by-step vegan recipes.

Need something a baby can make? Everyday Food prides itself on simple, elevated recipes that challenge your average mac and cheese. Make some quick appetizers with the help of these quick videos. Are you running last minute and can’t count measurements for sh*t? Do these easy recipes and save yourself the trouble!

Similar to 13 except vegan. Need some really quick and accessible vegan-friendly meals? More Salt Please has you covered with a variety of content ranging in difficulty and time.

Let’s say you tried all these recipes and now you’re falling upon our last post. Or need a quick pick-me-up before a fall dinner you just spent hours working on? Fix up a cute outfit and let Courtney charge you up. Courtney will help you burn all that fat you’ve gained while giving you some healthy treats to throw in your already delicious looking fall-inspired dinner.