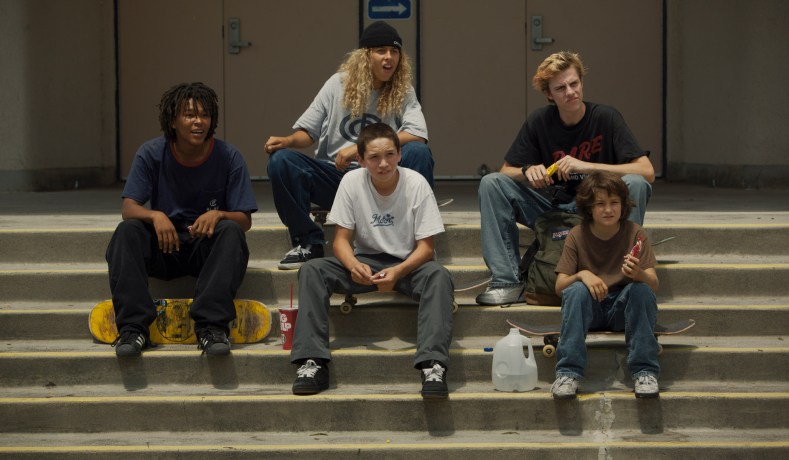 With characters essentially playing themselves, Jonah Hill presents us with a natural, documentary-inspired film on LA 90’s skate life. Audiences get a depiction of graphic skate culture through a slice of life, truly launching us into an artful, heartbreaking adventure. Hill’s style of directing and filming is not dissimilar to other techniques during the 90’s. With various other techniques adopted from No Wave and underground cinema, amateur filmography has its credibility way before the 90’s and their toy cameras.

What is No Wave cinema? New York City’s own No Wave movement really boils down to guerilla filmmaking emphasizing aesthetic above anything else. It was short-lived and had a huge effect on amateur, underground filmmaking due to its accessibility and practical realism that Hollywood failed to accomplish in its blooming grandiosity.

No Wave gave rise to Underground Cinema in a way that rejected “traditional definitions, aesthetics, and processes of filmmaking.” Processes is an important one since No Wave improvisation and shock value married low-budget often “found footage” types of approaches. It was straightforward and honest, scraped up and made into a film. Heavily inspired by punk and guerilla filmmaking, it challenged traditional roles of blockbuster, family-friendly cinema that permeated the 80’s.

With the rise of high-budget CGI films and special effects in the 90’s, you had a counterculture as with any art. Skate films and general punk culture invented all kinds of original film techniques and brought back a nostalgia for analog film. What was released in the 90’s? So much. You have Pulp Fiction (1994), Kids (1995) (huge impact), Forrest Gump (1994), and Dick Tracy (1990), which was the first 35mm film feature film to have a digital soundtrack.

Film and digital were becoming comparable; digital contesting film’s ability. It was the last stretch of analog film and production being a major entertainment platform. Jonah Hill plays with this conversion through the integration of grit and glam. For example, the switch to a 4:3 aspect ratio rather than 16:10. 4:3 hasn’t been popular since the 90’s, primarily used on TV and computer displays. Hill’s return to 4:3 only strengthens the film’s hold in its succinct technicalities. Hill also explores how this life may seem desirable from the outside but exposes the loss these characters have faced from being rejected by everyday norms. 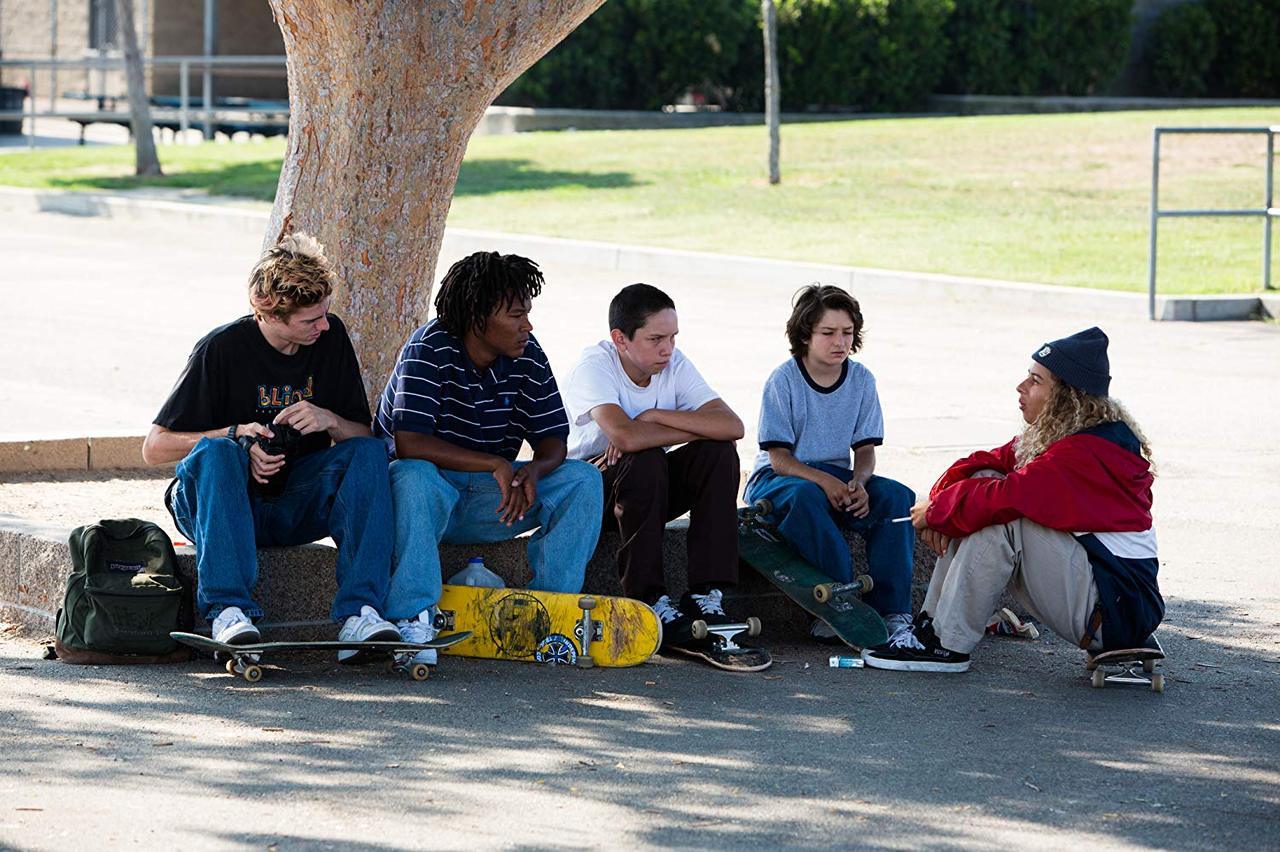 This may be an obvious note: this article has spoilers in it.

Mid90s follows a young LA thirteen-year-old meeting new friends at a local skate shop. After escaping his shaky home life, this film explores complicated relationships and friendships amidst the dreamy setting of an LA summer piecing the events together.

It is also notably raw. Love is tough, and often dispassionate, and yet the sentiment from Mid90’s is captured by its gritty, blunt vérite style filmmaking on part of Jonah Hill. The actors are already their roles. These skate punks merely had to act out their world in front of a camera, a compelling vérite technique. The backbone of Mid90s is the reality they present for us themselves. Its a slice of life in the streets of 90’s Los Angeles with moments of nostalgia and torture, which is all childhood can be remembered as from Stevie’s perspective. From playing games on the SNES to browsing his complicated older brother’s music collection, young Stevie can’t help but find himself continuously with his new group of friends.

Stevie And His Brother

Its an adventure from start to finish, literally thrusting you into a fight the first second you’re watching. Its engaged all the way to the end. One of my favorite scenes is between Ray and Stevie. After Stevie nearly gets killed at the end, Ray looks at him and says, “you take the hardest hits of anyone I’ve ever seen. You know you don’t have to do that.”

How film can capture an entire feeling in one scene is something explored by filmmakers and critics even today, and yet, this scene calls back to unexplained tension throughout the film. Stevie choking himself, hitting himself, torturing himself after his brother beats him.

Skating, to Jonah Hill, isn’t the glam that it is today. Skating was an artistic movement that defined major underground film techniques and participated in cultural and community love, however troublesome they may appear. They escape their homes and move onto the streets, skating and talking to one another. Our characters are living in the moment with Ray acting as a beacon of light, he wants more than just this world in front of him.

So, what connects dusty skate life to filmmaking? 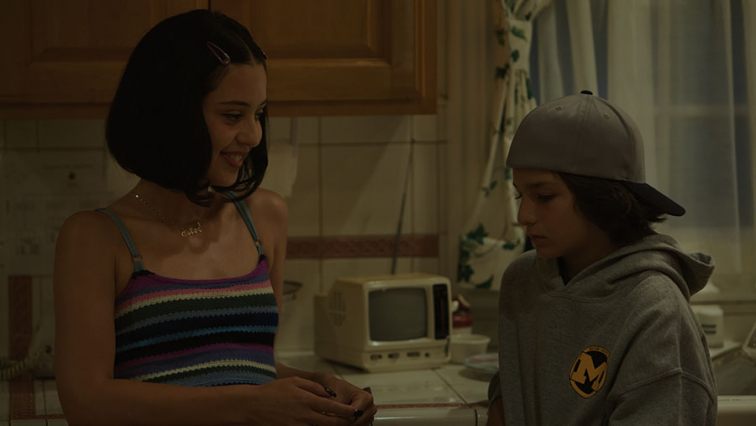 Its the visceral nature of growing up with and on the streets; characters playing themselves. Mid90s is something Hollywood completely misses and what influencers and creators should learn to harness in their own content if they aim at establishing realism in their own films. Self-aware, meditated and cool, Hill engages with the double edge sword of the 90’s that breeds on both nostalgia and pleasure. By capturing the life of characters from vastly different backgrounds and histories, Jonah Hill continued to capture a world that just simply can’t be translated into Hollywood blockbusters.

And how else can you capture a middle school kid falling off a roof nearly dying? Or the fragile moments between Ray and Stevie sleeping on their boards in a public park after a night of skating.

How Jonah Hill captured Mid90s stretches back to his own humor: laughing at things that aren’t necessarily conventional or funny. Employing language that is unquestionably controversial right now in 2018, he captivates us with things that were once just fine, just whatever. Everyday middle/high school language by 90’s kids that just did not bother about anything more than what’s in front of them in the near future.

Music plays a huge role in the film. From Bad Brains blaring after Stevie’s first cigarette smoke experience (how to mask the smell!?) to a peaceful, most-necessary Morrissey moment. Music and film obviously plays a prominent role with one another… how can you have an LA 90’s-inspired punk film without punk music? Especially when a character named Fourth Grade is seen throughout the entire film already filming things we can’t see on his camcorder and presenting it to everybody at the end for the first time: Mid90s. A fisheye, nonlinear guerilla account of the whole film full of clips and nostalgic moments overlapped with Pharcyde Realness. (Passin’ Me By might be the great allegory of this whole film?) 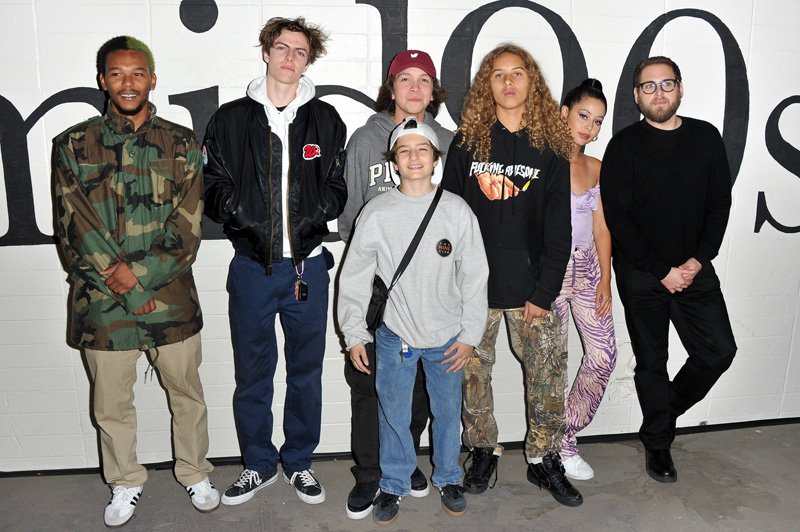 Give it a watch and you’ll feel a surge of 90’s nostalgia rush over you quick. Notice his laid-back techniques. The camera is another friend skating from the mob of cops that rush to incarcerate. Hill’s resources come through with the outstanding amazing soundtrack and the all-encompassing glimpse into the world of resolute point and shoot realism.