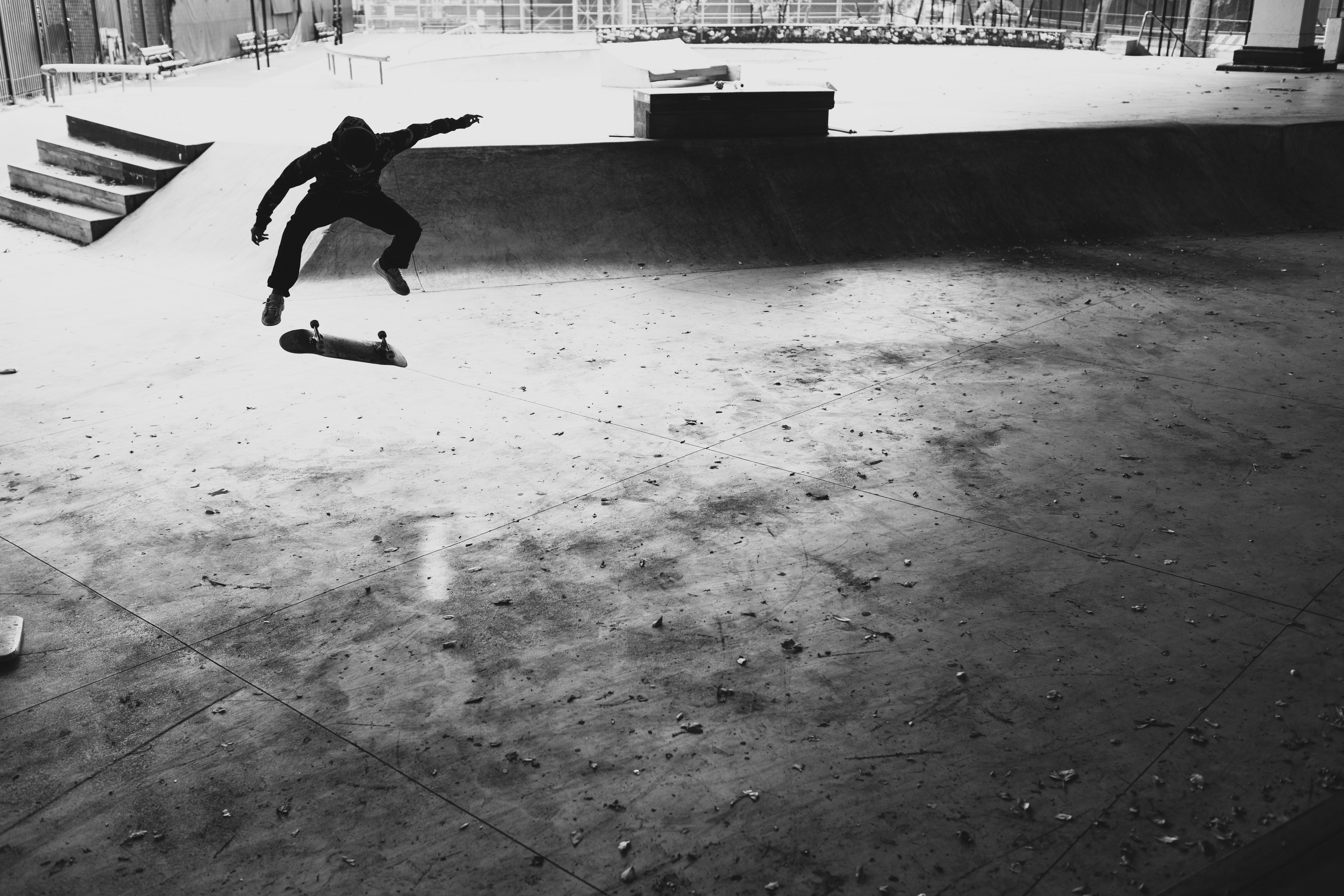 The Complete Creators Mobile Workflow: Harmony Between Apple and Adobe

I’ve always been a mobile creator. Shooting on iPads, editing with iMovie, or Pinnacle. Shooting with an iPhone, and editing with Snapseed, or Photoshop Express. Regardless of my hacks, and workarounds, I still couldn’t match the power of a desktop. A dslr (or some other high powered image capture device), importing (or tethering), and editing on a laptop or desktop was still required to create professional content.

Over the years, there have been incremental improvements, working towards a truly more mobile workflow. This is the first year the hardware and software have really opened up the ability to do so professionally. Today, Apple released the new iPad Pro which hosts the new A12X Bionic chip with a Neural Engine, the new Apple Pencil, 10 hours of battery life, true depth camera (as we know from the iPhone XS), shoots in 4K video, has a liquid retina display, USB-C connector and up to 1TB of storage. Basically, the iPad Pro is more powerful than a lot of computers.

Recently at Adobe MAX, a number of big announcements changed the software capabilities of mobile devices by introducing full featured Photoshop and Lightroom CC for iPad. Another powerful release designed specifically for online video creators is Premiere Rush CC, featuring plenty of professional tools that allow you to have full control over capture, editing, audio, color and motion graphics. Everything you’ll need to whip up a sick YouTube video.

Now with the hardware, and software claims to be powerful enough to leave your laptop at home, and travel as light as a camera, card reader and iPad Pro…well, freedom does exist. Or does it? Before claiming such outlandish things we decided to take the new iPad Pro out with a real creator on a real shoot and see how it would fare. We called on photographer/videographer/influencer Aundre Larrow to field test the new iPad Pro in a real life location shoot.

As expected, the mobile workflow was seamless and both the hardware and software were incredibly powerful. Even while sitting there with his clients, Aundre airdropped some photos he had quickly edited and exported for them to share directly to Instagram. Another notable piece of hardware that could be added to this workflow is the Gnarbox. This is essentially a storage solution that allows you to preview and do a quick edit to your files or even upload them for additional backups to platforms such as dropbox. This is great for larger projects that exceed the storage capacity of an iPad Pro. 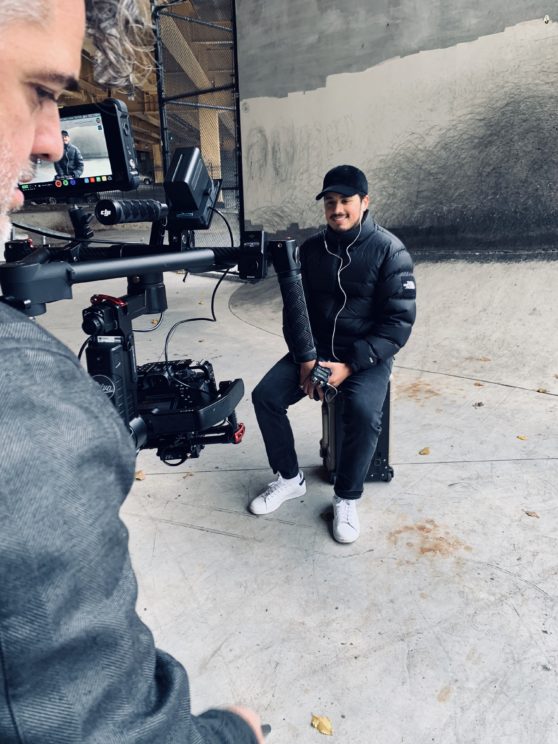 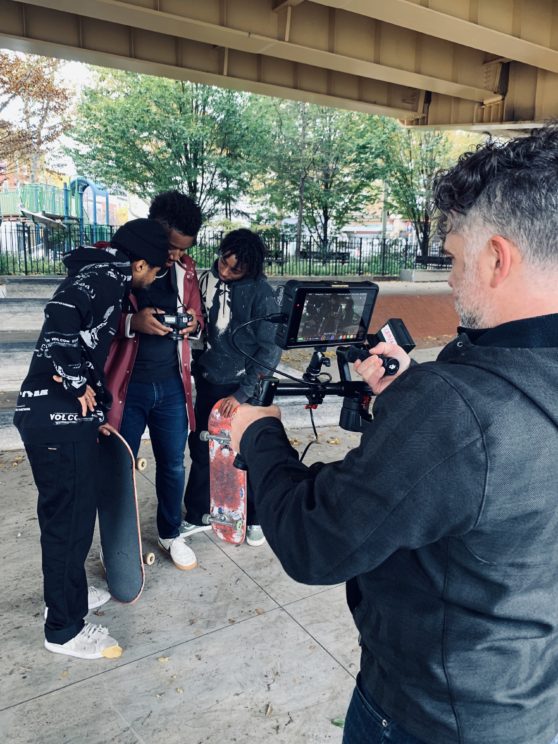 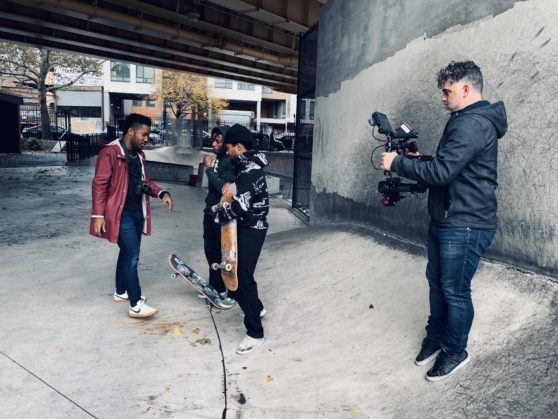 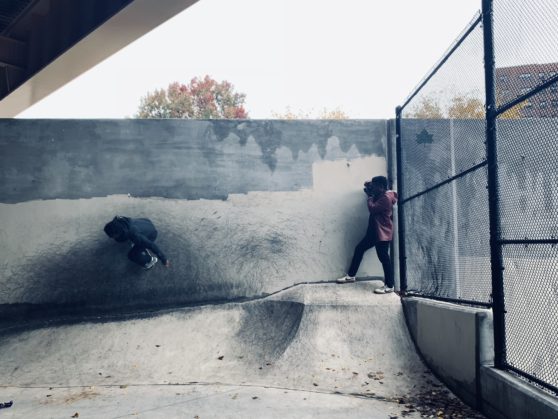 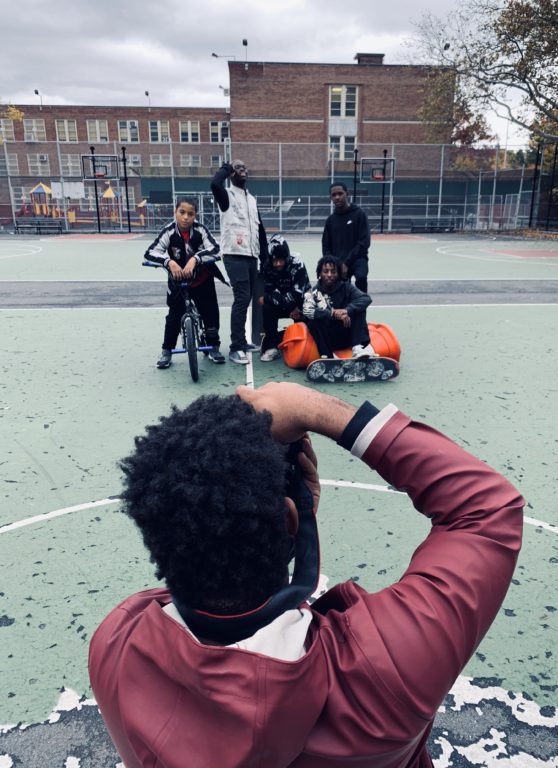 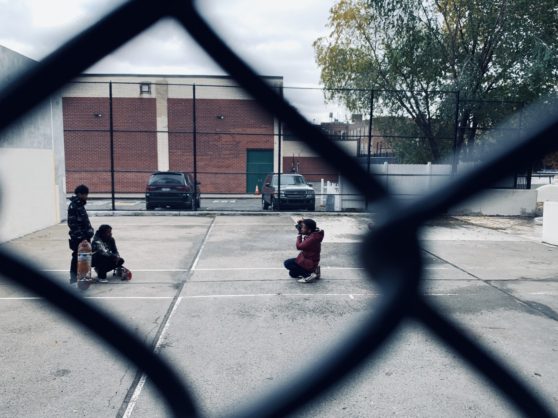 Fun Fact: During the shooting of this video, there was a minor accident. Director, Jason Leiva and talent, Micah Cooke bumped into each other while on their skateboards. Jason ended up breaking a bone on the side of his face (the zygomatic arc) and needing a metal plate surgically implanted the next day (he’s officially 7% bionic now). He continued to edit this video while in the hospital until 2am. He’s beyond committed to his craft. Thank you Jason. We need more people like you. Go give this guy a follow @leiva.nyc for footage of the collision, 3D renderings of the broken bone and plenty of middle fingers.

And here are some of Aundre’s final images from this shoot: 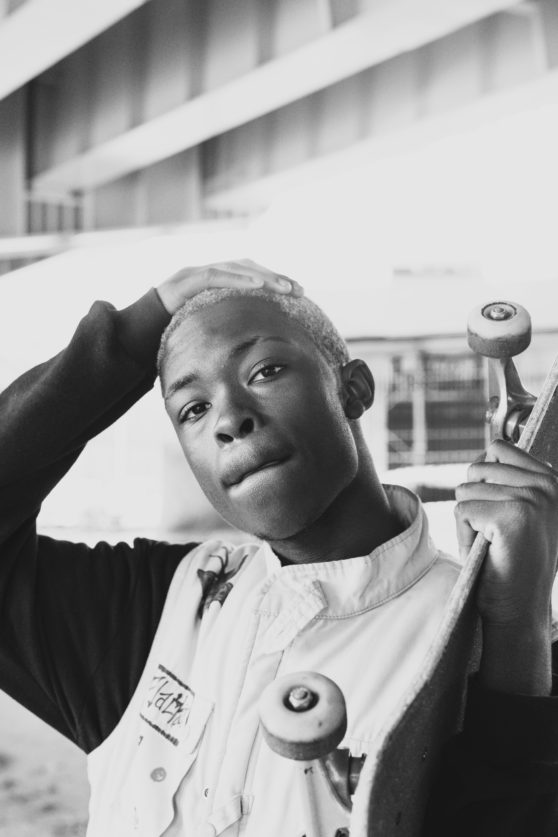 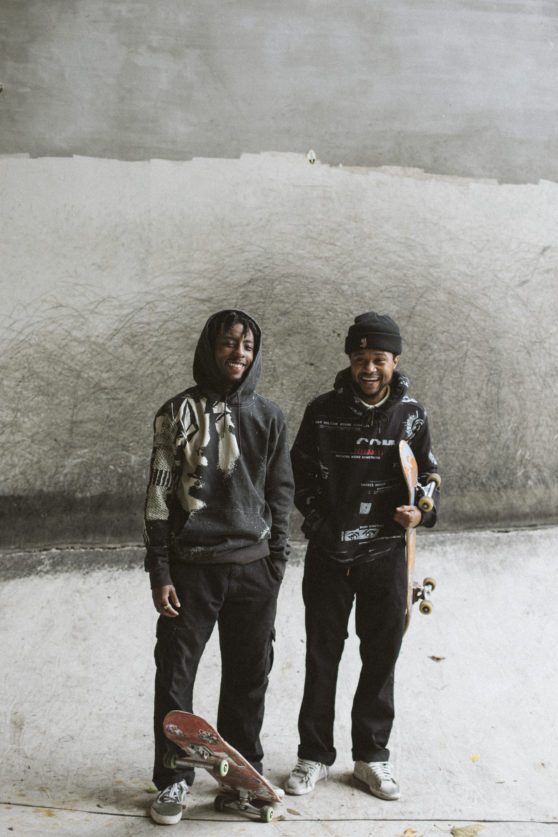 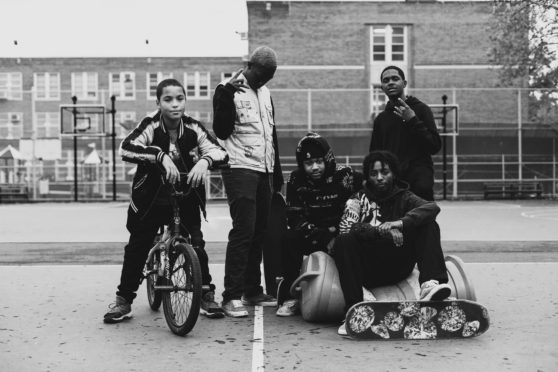 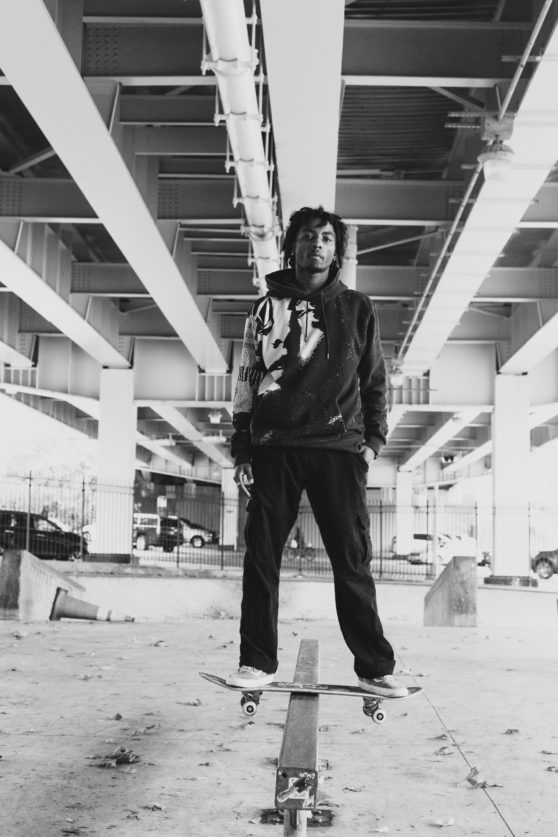 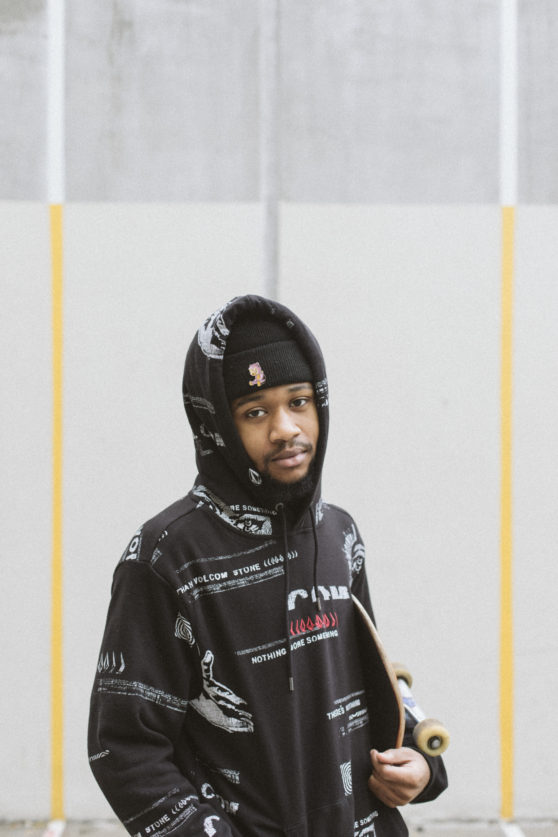 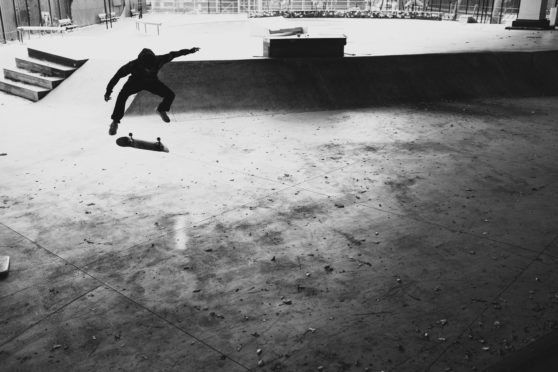 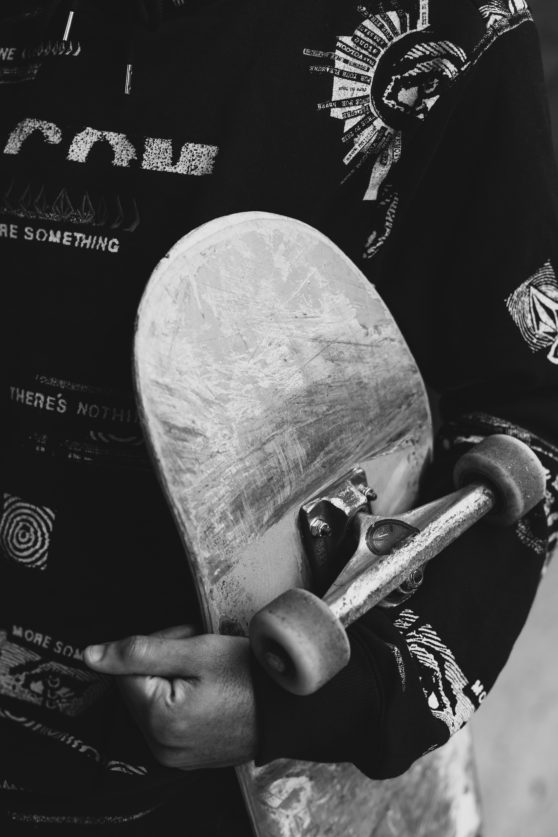 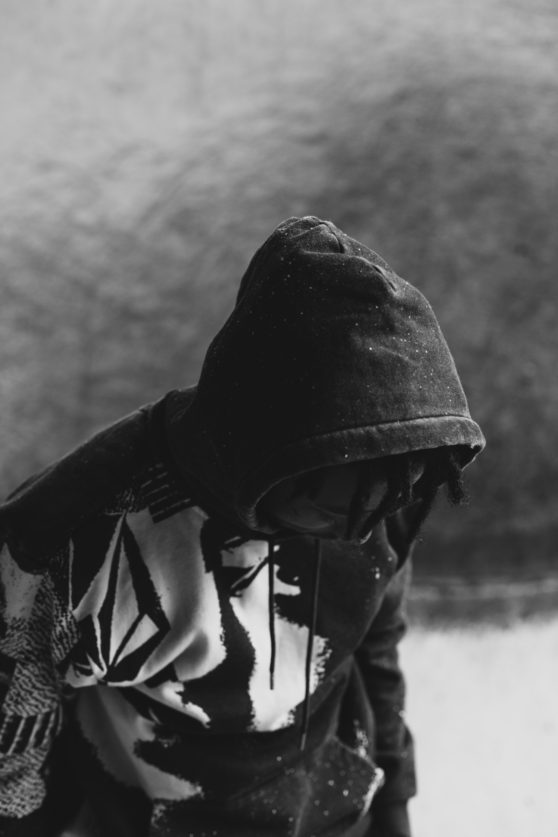 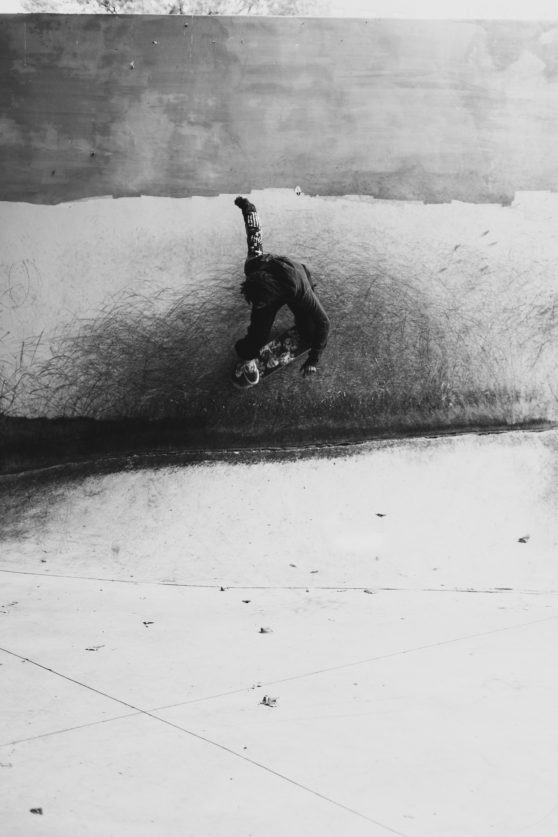 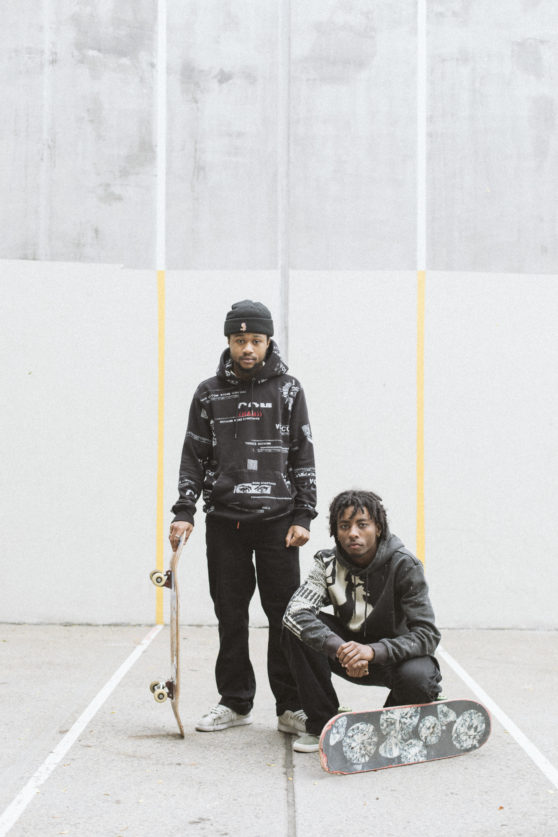 In conclusion, there were no laptops or desktops on this set and we experienced no limitations in the creative or production side of the photo shoot. Now as a graphic designer, I can’t wait to see a full featured version of Indesign and Illustrator for the iPad…fingers crossed.