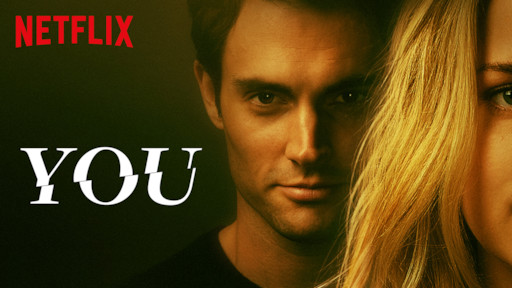 There is a Problem With Netflix Originals

This month Netflix released a trailer for the new season of its orignal series You. I was happy to see this as I enjoyed the first season very much despite how over the top and ridiculous the plot was. While watching the trailer, I couldn’t help but wonder if this season of the show would be its last since Netflix loves cancelling its own shows.

I have been using Netflix on and off since 2015. In that time, almost every original series I watched and became a fan of was canceled. The five Marvel shows? Cancelled. American Vandal? Cancelled. The Get Down? Cancelled. I understand why shows are canceled. They lose viewers which results in low ratings which results in less advertisers which leads to a loss of money which then leads to cancellation. However, this is why shows airing on a television network are cancelled. Netflix doesn’t just cancel a show because of low viewership. They do it to make room for more of their “Originals.”

Why Does Netflix Cancel Shows?

Streaming services are losing licensed content like there’s no tomorrow. People watch The Office on Netflix because its an easy show to binge watch. Well guess what? NBC is removing the show from Netflix and putting it on their own service called Peacock in 2021. NBC realizes that instead of letting Netflix profit from their own show, they can just cut out the middleman and make their own Netflix. Other companies are doing the same. Disney just launched Disney Plus and will be putting their new movies there instead of Netflix. The meme about Netflix not having anything to watch is inspired by this.

With companies removing their content from Netflix, they are being forced to create orignal shows and movies to make up for the loss of content. As a result they have started to push quantity over quality. I’ve watched a few Netflix original movies they are all either mediocre and forgettable or just okay but not worth watching again. When it comes to their shows I’m very cautious about watching them because they may end up getting cancelled. The Get Down and American Vandal were both cancelled after their second seasons before I could even finish them. These shows cost money and it seems that Netflix is only willing to give money to shows that are constantly successful like Narcos and Stranger Things. As a result shows that don’t perform well enough get pushed out so that the next big thing can come along and bring in Netflix subscribers.

With every company launching their own video streaming services, expect Netflix to make more original shows to bring in subscribers. I am not a big fan of this idea but I do understand it. When I subscribed to Netflix, it was because it was at one point the only place to get the newest TV shows and movies once they were released on DVD. It is slowly changing from that into a service with more original shows and movies than licensed shows and movies. All Netflix subscribers should look forward to constantly having hundreds of shows shoved onto the service only for more than half of them to get cancelled for not being popular enough.