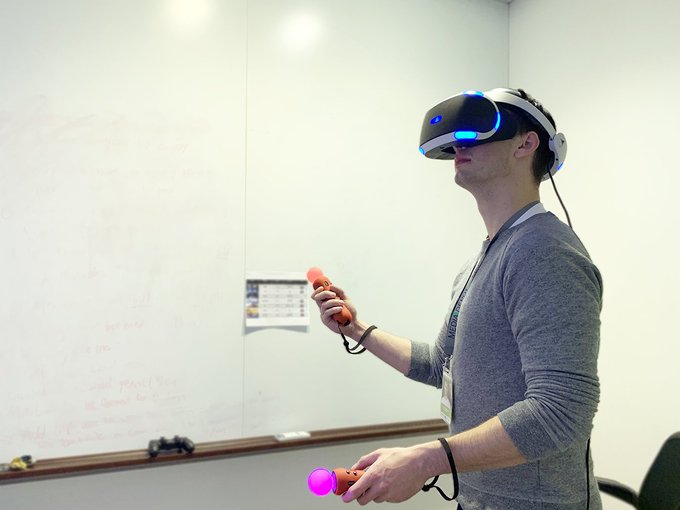 Why Don’t People Want to Buy a VR Headset?

Virtual Reality has been slowly creeping its way into the mainstream since 2012. Since then, several other companies have tried their hand at releasing a VR headset. These headsets include the Playstation VR, Samsung Gear VR and the HTC Vive. Earlier this year, video game publisher and developer Valve released its own headset known as the Valve Index. One company that is not so eager to throw its hat into the VR race is Microsoft.

The head of the Xbox brand Phil Spencer is not holding back on his thoughts about VR as he said that “Nobody’s asking for VR” when asked if it would be making its way to the next Xbox console. Companies are constantly releasing new headsets and software but it just does not seem to be catching on with most consumers. As of right now, it is just a niche product. But why? Business Insider has taken a look at studies involving consumers and VR. The results were not in favor of VR.

A Lack of Interest

Another study by Nielsen looks at why people are against buying VR headsets instead of which headsets they are interested in. Of the 926 internet users surveyed, 53% percent of them are not interested in the technology. Other reasons for these users not wanting VR headsets include motion sickness, price, and the content featured on the headsets.

I cannot blame any consumer who doesn’t want to spend money on a VR headset. One of the biggest hurdles VR must overcome is it content. Companies that make VR games usually resort to selling tech demos disguised as games and sold at full price. Who wants to spend money on a game that is just an hour long and makes the player walk around and interact with objects just to show off VR technology? Batman Arkham VR is the perfect example of this. It is an hour long and has no replay value. VR will never reach the status companies want it to reach with games like this.

Companies selling VR headsets should do a better job with the pricing. Pretty much every headset on the market costs about the same as a new video game console if not more. The Samsung Gear VR has several versions and they all appear to be under $200. The PlayStation VR by itself is just $229. One of the most expensive headsets is the HTC Vive, which has several versions that all cost over $600. As a result of these high prices, people avoid VR like the plague and go spend their money on video game console that will give them a more satisfying experience for a cheaper price.

Maybe one day VR technology will become widely popular as other video game platforms like the PlayStation and Xbox have become. This won’t happen until companies creating VR headsets consider the issues consumers have with the technology and work to fix them.