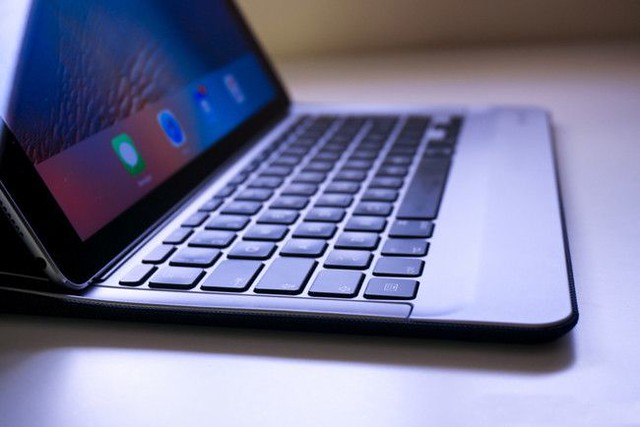 Why the Ipad Pro is Replacing the Computer

Today, technology has the tendency of competing with the latest design. Plenty of brands practice this trend, but who does this better than Apple? The new Ipad pro has conquered the best of both worlds; it’s an advanced tablet with the ability to evolve into a power laptop better than that of a Macbook.

Too good to be true? Some beg to differ, but get this: “It earns that “Pro” name with a processor that’s on par with a mid-level PC and a screen resolution that exceeds many of those same laptops, and the graphics power of an XBOX 360,” claims Daniel Nations from Lifewire.com. More to the point, the practicality of taking your Ipad pro with you on-the-go is now easier than ever. Once you’re done typing on your attachable keyboard, you can quickly snap it back into your simple, sleek, easy-to-fit into your bag Ipad.

With every device, there are pros and cons, preferences and deal-breakers, price pluses and price problems, you get the idea. While not everyone agrees on switching their MacOS to an Ipad pro, there are some pretty convincing arguments that have people switching everyday.

High speed technology has always been in demand of tech consumers.. There is almost nothing worse for a person who constantly uses a computer or tablet to have slow connection. With this tablet, that problem can be considered gone for good, or at least that is what Editor-in-Chief Mark Spoonauer believes. “The A12X Bionic processor in the iPad Pro is hands-down the fastest chip we’ve tested in a mobile device”(LaptopMag). Spoonauer also claimed that the Ipad pro is even faster than Core i7 laptops in some cases. This has to be one of the most practical reasons to say yes to the Ipad Pro if your a high speed working individual.

Another reason why the Ipad Pro is replacing the computer is none other than an absolute must: longer battery life. This means less hassle, more dazzle for those who are working long hours on the screen right? Yes, yes, and 100% more battery powered yes! Spoonauer boasts that “on our web surfing battery test, the tablet lasted a very good 13 hours and 14 minutes”(LaptopMag). That beats most computers by far. So if you’re pulling an all nighter for a school paper, a deadline for work, a letter to your ex, a community powerpoint, or a letter to the President, 13 hours of undisturbed screen time should do the job.

The reason a great speaker system is so important is because, well, it just is. Imagine buying a computer or tablet that had no audio built in to it. How horrible would it be to be stuck with a mime for a device? Sound helps to enrich our experience of working on a computer. Sound makes videos come alive. The sound in the Ipad pro will simply satisfy your expectations and let the love of your new power device thrive! “If you’re going to kick back with the iPad and watch Netflix or stream Spotify, you’ll be happy to know that its four speakers deliver excellent stereo sound”(Spoonauer, LaptopMag). Pair this high quality sound with some killer headphones, and you got yourself a match made in tech heaven!

The Ipad Pro can be an Ipad by day and a computer by night; it’s like the Optimus Prime of devices. The easy to attach sleek keyboard gives the new Ipad a practical plus and an even more advantage to people who take their device everywhere. Carrying a laptop can easily become a hassle if it is always attached to your hip. You won’t have this problem if you carry your new Ipad Pro around. While there are things Apple could do to make this keyboard better than that of a built in row of keys, such as the fact that “The key travel is fine, but the keys don’t have the snappy feel or back lighting that the Surface Pro 6’s keyboard does” I think it does pretty darn well for a modern mobile console.

So you have fast speed, great sounding, keyboard savvy, battery healthy tablet mutant on your hands. But there is one more thing that may happily convince you to replace your computer. It is none other than, drumroll please… Fast Wifi! Unlike most computers, the Ipad Pro lets you connect to wifi faster than you have ever seen before on a device and Daniel Nations from Lifewire.com understands that this Wi-Fi perk can solve someone’s computer problems in a pronto. “Need to get online while on the go? You don’t need to look for a coffee shop with Wi-Fi. If you buy the 4G LTE version of the iPad, you can connect anywhere you can connect with your smartphone”(Nations, Lifewire). Feeling pretty invincible with this device? You should.

Don’t get me wrong, computers are absolutely great. I have used them before tablets were ever on the radar. But with the ease and practicality of the new Ipad pro, it’s very hard to compete. Simply put, “when you combine this with an operating system that supports slide-over and split-screen multitasking and a virtual touch pad, it’s about time to reevaluate the iPad as a laptop killer”(Lifewire). Watch out computers, the next big thing has come!

Websites Referred for this Article