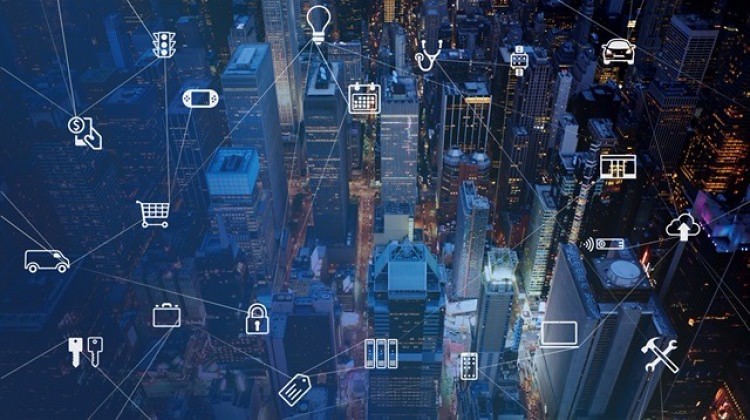 One of the biggest technological advances in years has finally begun with the roll-out of Fifth Generation, or 5G, cellular wireless.  While likely only available in select urban areas in the near term, this technology represents a major leap in overall internet speed, and for those fortunate enough to live in areas with access to it, will provide a competitive edge to creative professionals.

WHY IS 5G SO IMPORTANT?

The arrival of 5G speed in markets such as New York, Los Angeles, Chicago and others represents a major investment by cellular telecoms in the future of network reliability and integrity.  This upgrade will bring faster speeds, increased capacity, and greater security to many areas which have long suffered with signal issues.  As the technology continues to evolved, even greater bandwidth will follow.

WHAT DOES THIS MEAN TO CREATIVES?

The creative professional who will enjoy the greatest immediate benefit from this new technology will be the videographer.  As more video professionals have entered the world of 4K equipment usage, files have become ever larger.  This is where 5G comes into play.  According to justaskgemalto, a website devoted to technology advantages, “You’d also be able to watch a 4K video almost straight away without having to experience any buffering time.”  Typically, a 4K video on standard 4G requires several minutes of buffering (loading) time at the minimum.  An upgrade of speed such as this will offer videographers in available markets a competitive edge.

Assume, for a moment, that a company has sent 4K video samples to two separate creatives for editing bids.  One creative lives in Memphis, the other in Atlanta.  Memphis does not yet have 5G, but Atlanta is built out.  In the world of gig bidding, minutes count, meaning the creative in Atlanta will be able to have instant access to the material for evaluation and bid submission, which their Memphis counterpart will be delayed for several minutes.  With many companies, the speed of a bid response is just as important as the bid itself.  Assuming both bids have comparable costs and capability, the bid received sooner represents a better deal because of the promptness.  A 5G build-out offers this.

Another scenario is a creative who is collaborating with a partner across town via cellular videoconferencing on a deadline sensitive project for a major client.  This client requires 4K video, UHD photography and crystal clear sound and effects, all of which use tremendous amounts of data.  Their contract calls for just-in-time delivery of the final product, which means that to-the-second coordination is essential to success.  A perfect example of this are special events presentations such as conventions, major sporting or entertainment events, or critical corporate meetings.  A 5G connection will allow these professionals to collaborate in real-time with these large files, viewing them simultaneously from offsite secure cloud systems, edit them on the fly, then transmit the final product near instantly to their client, saving time, money and providing maximum cost-benefit effectiveness.

Creative professionals will also benefit from the ability of 5G, with appropriate security protocols, to transmit vast amounts of data for backup.  Nothing frightens a creative more than the notion of catastrophic data loss, and instant, continuous real-time data stream backup will provide a peace of mind to many professionals who would otherwise be suffering from raw nerves due to a lack of offsite storage availability while on the go.  When one considers the time and resource drain on computer systems to backup data via 4G connections, the need for 5G becomes clear.

Many major urban areas are already enjoying 5G. Sprint, considered the smallest and weakest of the “Big Four” Wireless providers, was first out of the 5G gate in 2019, delivering service to nine major metros, while Tomsguide reports that merger partner T-Mobile following suit quickly, launching service in Atlanta, Cleveland, Dallas, Las Vegas, Los Angeles and New York. According to Fierce Wireless, Verizon was next with a roll-out of its own in Phoenix, Atlanta, Chicago, Denver, Detroit, Indianapolis, Minneapolis, Providence, St. Paul and Washington, D.C. AT&T has remained the laggard, but recently announced service to be rolled out to over a dozen U.S. cities, though likely not before beginning of 2020. Some wireless customers have reported limited 5G signal indicators in Dallas, Tampa, Orlando and Miami.

As the build-out continues, this particular leap in speed will benefit professionals around the world. According to Space.com, this is already prompting providers and entrepreneurs to take risks to capitalize on this market.  SpaceX, the private aeronautics service provider at Cape Canaveral, is already in the process of deploying its StarLink Global Internet, and have been rumored to be 5G capable the moment it goes online.  Amazon is also in the process of developing its own 5G system. The opportunities are endless for business, and creatives who capitalize on this new technology will be at the razor’s edge of newfound successes.

Information from justaskgemalto, Fierce Wireless, Tomsguide and Space.com were used in this report.