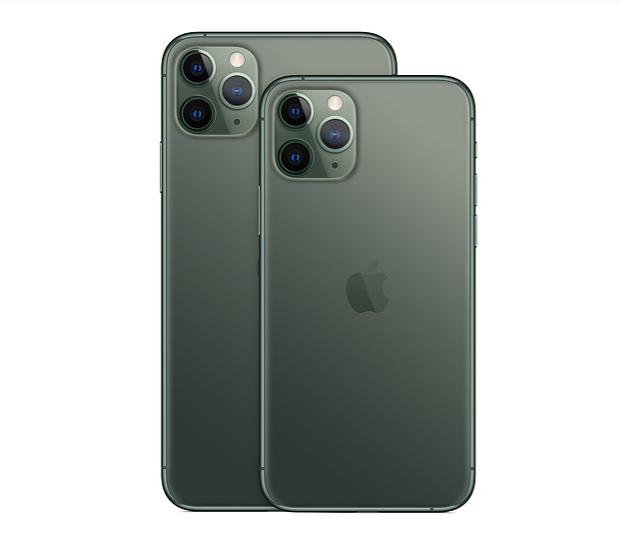 With the iPhone 11 Pro, Apple stepped up its smartphone camera game, opening up more creative options for its loyal supporters.

Remember when we all went crazy over a 2MP camera in a mobile phone? Now we have a smartphone camera that has not one, but three lens options built into it. Apple, by no means, is the only (or even the first) company to have this feature, but it’s certainly the most popular. In our developing world of tech, are three-lens options just another gimmick to keep us handing over our money? Or, will it help improve the quality of work from smartphone shooters? The below photographers answer these questions, as we take a look at five photographers proving the iPhone 11 Pro is one of the best smartphone cameras on the market.

Justin Betterman is a professional editorial photographer based in New York. His client list includes Coca Cola, The New York Times, and Ikea, to name a few. It’s no surprise that he was commissioned by Apple to put the new iPhone 11 Pro to the test. And wow, did he deliver! His astronaut themed editorial shoot shows the strength in detail of the smartphone camera and the capabilities of its three lenses. The portrait shot of his astronaut subject was especially pleasing, showing why the iPhone 11 Pro could be a popular choice for smartphone portrait photographers.

Eon Ha isn’t a professional photographer: he’s just a dude with the iPhone 11 Pro trying to see what it can do. When it comes to lowlight photography, it was his photo that demonstrated what the latest iPhone could do. The Google Pixel 4 has been able to boast some of the best lowlight shots. However, the iPhone 11 Pro is certainly a close rival. The detail and color that remains in the image is impressive. Most notably, the lack of noise in this image shows this camera is no lowlight slouch!

Twenty three year-old Ant shoots all his gigs on an iPhone. Based in California, he has put together a portfolio that would leave those using a DSLR or Mirrorless camera feeling envious. Credit has to go to his understanding of lighting, posing, and what makes an interesting subject. But it’s clear that the iPhone 11 Pro is able to keep up to speed with his skill set, allowing him to achieve the results he wants.

Austin Mann is pro travel photographer and storyteller. He has explored the world and created a wonderful body of work in the process. He took the latest iPhone to China, where he wanted to put the ultra-wide lens (13mm) to the test. “The Ultra Wide works really great in normal lighting conditions and overall I’m thrilled to have it,” said Mann on his blog. The second photo from the above gallery was shot in burst mode. It shows how the camera is able to freeze motion at a professional system standard. Really Impressive stuff!

Wedding photography duo Lauren and Jamie went one step further than the rest to show off the quality of the iPhone 11 Pro. Traditionally, they shoot their weddings with a trusted Canon 5D Mark IV. However, for one shoot, they took along their new iPhone to see how it would compete against the pro DSLR. The results are rather spectacular; to the naked eye, you would be hard pressed to tell which image was shot on a smartphone camera and which was shot with pro gear. Of course, this highlights how the skill of the photographer is the driving force of good photography. But, it could be a sign of the future as smartphone cameras look to compete with pro-level DSLR and Mirrorless systems.

Is the iPhone 11 Pro the Best?

It’s difficult to say if the latest offering from Apple is the best on the market. It has tough competition from the Google Pixel and the Samsung Galaxy Note 10+. What is certain, however, is that the elite of smartphone cameras are pushing boundaries further and further. Soon enough, we could be seeing pros opting to use their smartphone as a second camera. How crazy that would be?!

Lead photo is a screenshot from the Apple website.