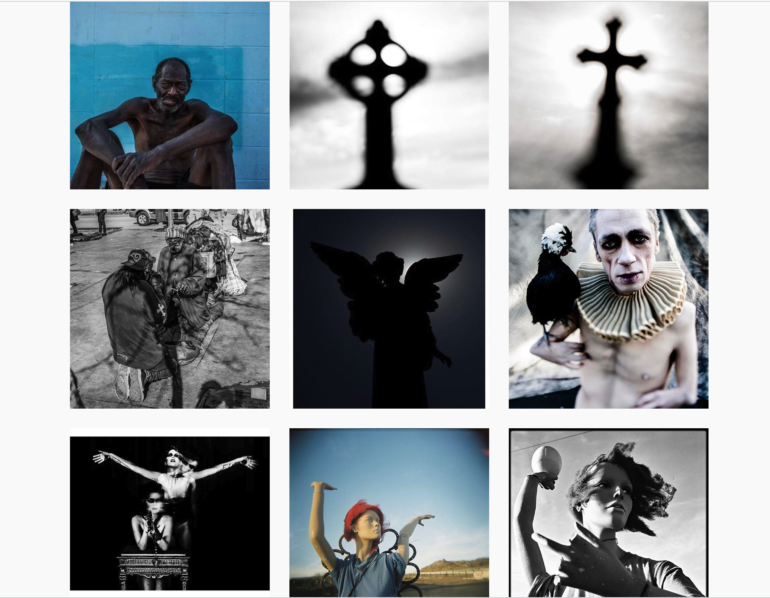 Away from their superstar status, these well-known names are also celebrity photographers.

You’ve seen them in movies, heard their hit records, and watched their mind-bending entertainment, but have you seen their photographs? Away from the glitz and glamour of the celebrity lifestyle, some famous people enjoy picking up a camera and creating photographs. We’re not talking about Brooklyn Beckham either – you know, the young kid who got a gig with Burberry without hardly getting out of auto? No, we’re talking about people who, alongside their successful career, clearly know a thing or two about making a good picture. Check them out below.

Seven-time Oscar nominee, Jeff Bridges, is Hollywood royalty. But, when he’s not acting or producing scenes, he can be found standing away from the crew, documenting all that happens on set. He’s not one for using a traditional camera either. His weapon of choice is a Widelux, a swing-lens panoramic camera that was produced in Japan back in the 1950s. The camera – and Jeff – have created some cool looking photographs that include the likes of George Clooney, Katie Holmes, and Meryl Streep. We admire Jeff’s passion for the craft and thank him for giving us a candid, behind the scenes look of Hollywood.

Nikki Sixx is one of the founding members of Motley Crue. He’s also very outspoken about his recovery from addiction. In fact, he took to a new, nondestructive addiction – photography. Aside from hit records, portrait photography is his jam, and he has been able to transfer his dark creativity to his photographs. His gothic-like creations explore the depths of the human mind and our relationship with the edgy side of life. Sixx is a Leica shooter. In 2017 he teamed up with the German luxury brand to release a Limited Edition “Nikki Sixx” Leica Q. But this man isn’t just a novelty act, he’s extremely competent with a camera, and we respect his newfound “habit.”

For our worldwide readers, Derren Brown is a huge star in the UK. He is known for his ability to read minds, hypnotize, and do crazy magic tricks. But, to the surprise of many, he also has a deep passion for street photography. In 2018 he released his first photobook, Meet The People With Love. The book contains four years’ worth of work, and is a collocation of candid black and white images. The street photography community was ready to pull the trigger, expecting to slam him for taking advantage of his fame. However, many street shooters were pleasantly surprised, as Brown delivered a strong series of storytelling and aesthetically pleasing street photographs.

Helena Christensen made her name back in the 90s. A professional model, she’s been on the front cover of the likes of Vogue, Elle, and Harper’s Bazzar. Christensen has spent a lot of time around cameras, and her experience of being in front of them inspired her to get behind them. Modeling isn’t easy; it takes more than a pretty face. What’s clear is that Christensen has transferred her own experience to help her subjects feel at ease when she photographs them. The result? A portfolio that sits in the professional category and has earned her features in galleries and publications worldwide.

Jessica Lange has won two Oscars, three Emmy’s, and a Tony award. She’s one of only 13 actresses ever to achieve what they call “The Triple Crown of Acting.” But instead of focusing on that, we want to highlight the fact that she also released three photobooks. Lange has a huge back catalog of documentary-style photographs that wouldn’t look out of place in a Magnum collection. She creates dark, grainy, black and white images that find their beauty in their ruggedness. Her photo book, Mexico, is well worth checking out. It’s a gritty 15-year exploration of the Latina American country.

Aside from the above five, which work do you like from people who have gathered their fame elsewhere? Let us know which celebrities are more than just a one-trick pony in the comments below.