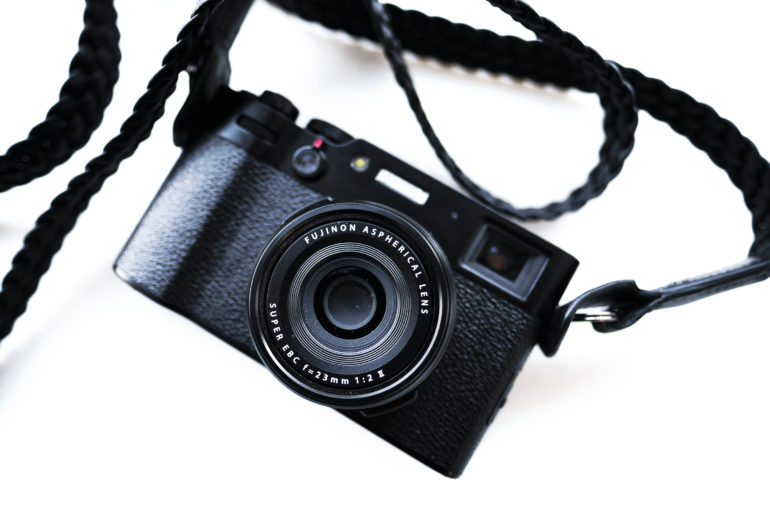 The One Reason the Fujifilm X100V Ups the Game

Compact cameras have seen a lot of improvements in the past few years. Faster autofocus, better ISO resolution, filters, IBIS, megapickles: the list of advancements is deep. Fujifilm has been at the forefront of innovation with its x100 series of cameras. For almost a decade, these cameras have made photography fun for both budding photographers and more experienced shooters who wanted a pocketable camera for easy, quick use. While it offers some upgrades over its previous iteration, the X100V has also incorporated something almost no other compact point and shoot has yet: weather resistance. Of course, the full weather resistance comes when you add a filter to the front lens. But this move raises the bar and will either catapult Fujifilm further into a league of its own or spur compact camera manufacturers to step their game up.

For lovers of compacts, one of the unfortunate caveats has always been the lack of weather resistance. We usually use our pockets or backpacks as rain covers when the skies open up, and while that keeps our cameras relatively safe, it means shooting with rain in the forecast becomes a bit of a gamble. Weather resistance is often part of the conversation when I speak about cameras with photographers who shoot outdoors. Most who use compacts shrug and admit defeat on the topic: we do our best to mitigate weather damage and take calculated risks with our non-weather resistant cameras. This is the reason why I am so impressed by the X100v.

Weather resistance adds a bit of size to a camera, and one of the appeals of compact cameras is their small form factor. For years, photographers who used compact cameras had only one option if they wanted weather resistance: purchase a second (or third, or fourth) camera that is weather resistance, and say bye-bye compact. What Fujifilm has done with the X100V is say it is possible to make a camera very durable and keep the size of a camera small: that is low-key a big deal. The only other compact to offer weather sealing is the Leica Q2, but it costs a cool five grand, and there are others in this category that could greatly benefit from adding weather sealing to their list of features.

Yes, X100V buyers also need to purchase an adapter and a filter to weather-seal their cameras fully, which is like Fujifilm standing at the marriage altar of weather resistance and not saying “I do.” But, make no mistake about it; this is a boon for fans of compact cameras. I don’t own a Fujifilm X100 camera. They are appealing for sure, and they pack a lot of what I like, but I am a die-hard fan of the Ricoh GR series. However, when I learned that Fujifilm offered a weather resistant X100 camera, I breathed a big sigh of relief. As the things that keep me a fan of my GR III are not (yet) contested, I still shrug my shoulders at its lack of weather resistant, keep an eye on the skies, and take my chances. But, as an avid street photographer and fan of compact cameras, I give a huge nod of respect to Fujifilm. Hopefully, this move inspires other manufacturers to look into weather sealing their compacts as well. Then, everybody wins.