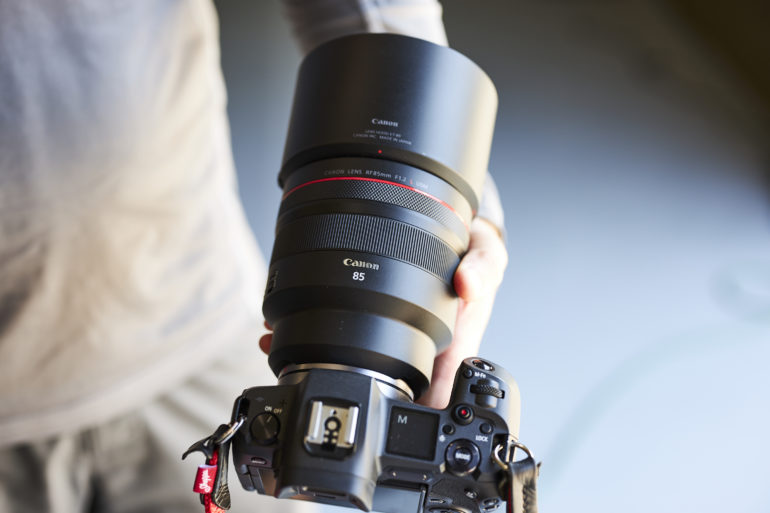 Truth Bomb: Camera Systems Are Only as Good as Their Lenses

It’s safe to say that most people buy a camera based on its specs and then they worry about lenses, but you should be looking at new camera systems differently.

Today in the world of photography, it’s the news about new cameras that seems to travel the furthest. This should come as no shock because advancing technology in the gear we use is exciting. This does create a problem, though. More often than not these days, many photographers buy into camera systems based only on the specs of the latest camera. After the excitement of owning a new camera wears off, they realize the camera they purchased may not have available all the lenses they need, or they find that the lenses lack a little something that can bring images to life. This happens far more often than you might think. After the break, we’ll talk about the importance of lenses and why you should buy into camera systems based on the glass, not because of features and specs of a shiny new camera.

A recent post on Mike Johnston’s Blog, ‘The Online Photographer‘, covers a couple of vintage lenses he has in his possession. The lenses are the Schneider-Kreuznach Xenotar-AF 80mm f2.8 for the Rolleiflex 6008AF, and the Schneider-Kreuznach MF Xenotar for an Exacta 66, which he adapted to a Pentax 645 NII. Mike loves these lenses, and he loves the results he gets from them when used on the two cameras mentioned above. However, what really caught our eye was a postscript comment at the end of the article, and it reminded us that camera systems are only as good as their lenses.

The Camera Is Not That Important

The comment at the end of the article reads:

“P.S. It has been nagging at me somewhat that the results from an ordinary Micro 4/3 camera can give these old battle tanks a run for their money!”

When these lenses are used on the cameras, there’s no doubt in our minds the results are impressive. But, to make a statement that a Micro Four Thirds camera can produce images that comes close to matching those two old cameras and their lenses is quite interesting. The statement is a testament to the work Panasonic and Olympus have done with the lenses for a system often ridiculed and called not good enough for professional use. The fact that a veteran photographer who shoots Medium and Large Format cameras can have a hard time telling apart images from the three camera systems shows that camera technology isn’t that important, it’s all about the glass attached to the camera.

It honestly doesn’t matter what camera you have; the lenses you use absolutely dictate what your images will look like. There are lenses out there today that strive for optical perfection, and while this is great, they can produce sterile images with little character (I’m looking at you Sony). But then you have lenses on competing platforms that produce images bursting with character. Either way you slice it, it’s the lenses that control what the end image will look like.

It’s All About the Lenses

Take Pentax, for example. Pentax cameras are great, and I enjoy using them, but there are better bodies on the market when you compare specs. However, Pentax lenses have stolen my heart, and I can honestly say that their lenses have more character than any other brand. Slap a Pentax 31mm f1.8, 43mm f1.9, or 77mm f1.8 limited prime onto a Pentax camera, and you will not stop grinning from ear to ear. A good buddy of mine and I went on a photo walk together, and we just could not get over the ‘Medium Format look’ the Pentax 77mm f1.8 Limited lens produced when paired with the K1 II. I attached it to an older Pentax KS2 APS-C body and got the same stunning results. The lenses are the reason why I use Pentax cameras on occasion, and it’s the reason why so many Pentaxians are still Pentaxians.

It’s a shame that most lens manufacturers today are just trying to produce glass so perfect that all character has been removed from them. New Canon RF mount glass is this way. It’s fantastic glass, don’t get me wrong, but when looking at an image you can’t tell that it was shot with an RF mount lens: the images are just too plain, too technically perfect. Put images from a new Canon, Nikon, or Sony camera next to each other, and you won’t be able to tell the difference in them. I know there are those of you out there who like images like this, and to each their own, but for me: give me lens flare, and give me some imperfections and other things that (if you’re creative enough) can be used to add character to an image.

The great thing with film photography is that we could change the look and feel of our images by selecting a different film. In the digital age, we cannot do that. Yes, film simulations help, and so can presets applied during post–but it’s not the same. Finding new lenses with character is a hard thing to do, and it’s the reason why so many photographers adapt vintage lenses to their cameras. They pine for the character that a lot of new lenses just don’t offer.

Buy Into Camera Systems for the Right Reasons

Before you buy into new camera systems, make sure you buy into the system because of the lenses designed for the system and the lenses that can be adapted to work with the camera. Ask yourself these questions: Are the lenses you need available? Do the lenses help produce images that are aesthetically pleasing to you? Are the lenses affordable? Don’t just jump into new camera systems because the latest camera model can shoot 18K, can fire off a million frames per second, and because it has a humongous sensor. Do your research, scope out the lenses available, and then make your decision. You’ll be much happier in the long run.