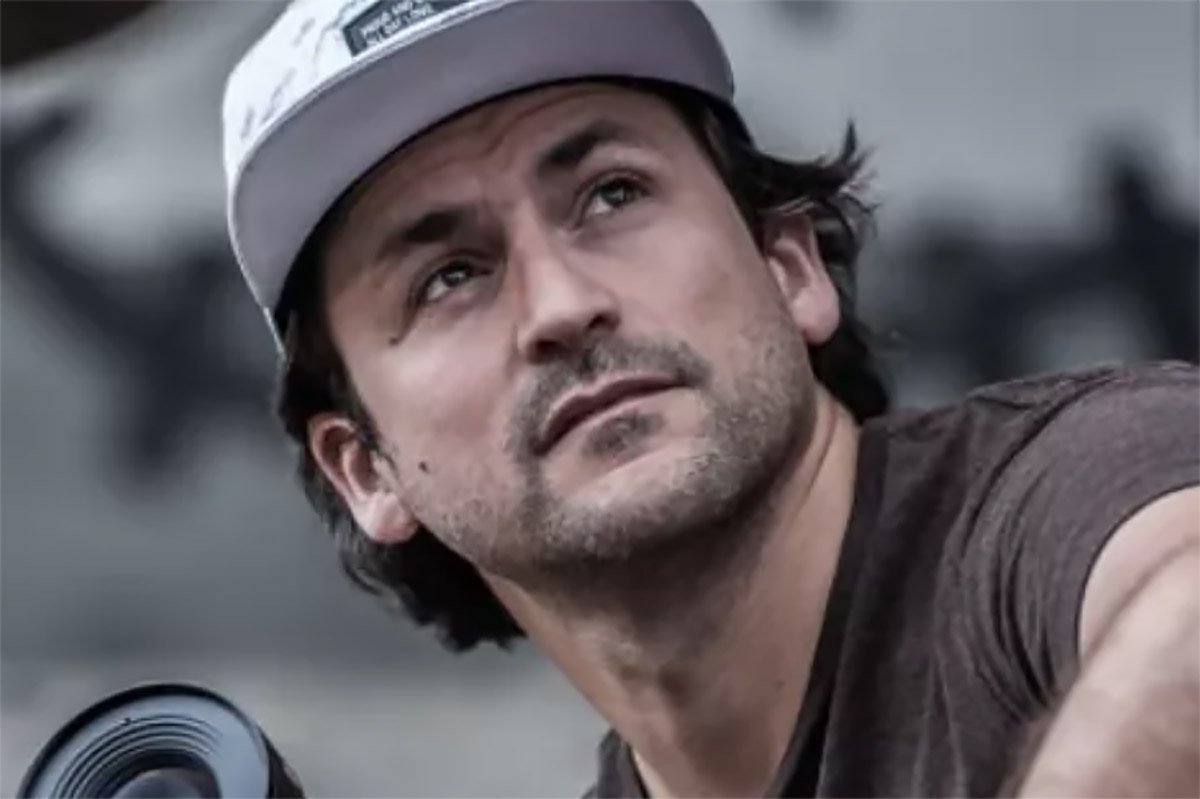 To look at his award-winning career, you’d never guess cinematographer Pedro Luque started by photographing his friend’s band with a hand-me-down Canon film camera. As the Director of Photography for movies like The Girl in the Spider’s Web and Extinction, one might assume his days of guerilla filmmaking with a Canon 5D were far behind him. But Luque isn’t the type to let go of lessons learned, and those insights proved valuable during filming of the recently released thriller, Antebellum.

Luque had just finished his latest project, and appeared on my screen still steeped in the afterglow of creation. He was immediately charming and friendly, and it was easy to lean into his world.

Luque loves light, he loves the camera, and he has an abiding respect and affection for his crew. This shows in the film, where scenes are lovingly lit and composed, and carefully color graded for maximum storytelling impact. He learned that love in film school during his first gig as an intern, where the Director of Photography provided the example Luque would model himself after.

“There was a DP there, Pato Rodriguez,” Luque said, “and he was so loving with the camera and the lighting, and I was like, hmm, look at that guy. He cares.” Which seems to be a lesson Luque has carried with him, evidenced by the passion in his voice when he talks about his work.

After film school, Luque made a series of short films and put together a one minute reel and, at the suggestion of a friend, started pitching himself as a cinematographer. As any creative knows, taking that step and making yourself vulnerable requires an incredible amount of bravery. Hearing ‘no’ at the beginning of your career can feel soul crushing, but Luque persevered and, before long, had his first gig as a cinematographer. Despite the struggles, Luque wouldn’t have it any other way.

“I wouldn’t wake up at 4 am for anything else,” he said with a laugh.

That passion for the work was exactly what he would need working on Antebellum.

The opening scene, two shots stitched together to form a single, continuous shot, took four days and countless hours of planning to capture. The film opens with golden sunset light bathing an iconic southern plantation as a little girl skips through grass to hand her mother a flower. But the scene doesn’t stop there. The continuous shot then flows through the rest of the plantation, contrasting the idyllic beginning scene with the horror of the slave quarters, an ominous crematorium, and a failed escape attempt.

The single long shot ties the visual of a romanticized past to the horrifying truth of slavery with brutal efficiency, ratcheting up the tension as it grows more difficult to watch. Why choose a continuous shot to open the film? Luque said cuts in a scene are like blinks, referring to the book on film editing, In the Blink of an Eye by Walter Murch. When someone is stressed out or angry, Luque said, they don’t blink, so not cutting the scene plays on those psychological states to elicit an emotional response. It worked, and destroyed the facade of the Antebellum south by exposing the painful truth.

The other creative decisions Luque made to enhance the visual power of the film expose the way he approaches creativity and creation. To ground the film firmly in reality, Luque used as much practical lighting as possible, relying on the sun, fires, torches, candles, and lamps to make the light feel natural.

Luque wanted to use deep focus to create depth and allow the viewer a sense of place. He also wanted the film to have a unique look with character and a historic feel, so he contacted Panavision and shot the film with the same lenses used in Gone with the Wind, taking advantage of the character of the glass to give the imagery a distinct appearance. He even pushed the ISO to increase the texture and grittiness of the film.

Luque didn’t arrive at those decisions haphazardly. His creative process is a purposeful mixture of preparation, intuition, and collaboration.

For Luque, preparation begins months in advance of filming. He combs through films and stills using resources like Shotdeck.com to build mood boards. But he also focuses on classical works of art. He considers this process “charging” creativity, where one can live in the project mind space long enough to build a kind of mental and visual library that will serve the story later.

I asked him if he ever worried that his work would be influenced too much by the style of other cinematographers, but he said that even the choice of what influences to include, where and how, were a sign of his own creative discernment. This leads to his work having a unique stamp on it, even when certain creative decisions were influenced by other media.

During shooting, those plans get put through the crucible of long days, budget issues, scheduling, weather, and any number of environmental issues, forcing Luque to be flexible and think on his feet. Having plans is incredibly important, but so is being able to adapt. This, he says, is where intuition comes into play, which may be the most nebulous aspect of Luque’s approach, but also the most profound.

To be trusted, instincts have to be honed, requiring the creation of a lot of work for a long time, constantly focusing on improving technique and storytelling ability. Some instincts are a natural consequence of the human proclivity for storytelling. After all, we are surrounded by stories all our lives. Luque explained that film is a medium that explains itself, and there will be times you connect the dots without even realizing you’ve been creating something cohesive.

And other times, it may be harder to trust that your instincts are right.

“It’s hard to listen to your instincts, because I consider myself a very rational person, and for a rational person you always need some kind of justification for your acts, right? Why I’m doing this, and why I’m asking for that, and sometimes there’s not enough computing power to explain the decision.”

Working collaboratively with his team, looking for feedback, thoughts, and ideas, also helps him keep a fresh perspective on creating. When something feels right, or sparks joy, that’s how Luque knows it’s time to follow his instincts. The only thing he has to be careful of is allowing himself to make decisions based solely on his ego. In a charmingly humble way that seems typical of his nature, he said with a laugh, “just don’t be an asshole.”

Despite his vast creativity, Luque says many of the creative decisions are dictated by the story itself. The time period, the mood, and the genre will all influence the overall look of the film. In a piece of advice that many creatives would find surprising, Luque insisted on not being afraid of cliches or stereotypes. They exist because they’re incredibly effective storytelling tools. But always look for ways to break them, he says, to twist them or find a surprising way to use them to create something different and unique.

When looking at Antebellum, there are certainly many stereotypes taken and challenged head on, but some more subtle things Luque has worked into the visual language of the film communicate on a level almost below conscious thought. Despite the horror of much of what happens in the film, Luque chose to shoot  it so that many scenes are visually beautiful. He wanted the beauty of the light, the characters, the scenery, or the composition to be a stark contrast to the horror and brutality of the narrative. That contrast creates discomfort, heightening the reality, whispering in the viewer’s ear and making the final effect as uncomfortable as the story needs it to be.

So, while Luque says vision is the most important aspect of cinematography, the gear and the method is the language used to tell the story. It influences the style of the film, helps bring the director’s vision to life, and enhances the storytelling. Luque wants his shots to be as expressive as possible, using his own visual style to translate the bones of the story into something that will captivate the audience and draw them in.

Having seen the movie, I can say the effect was a success. I found myself captivated by the lighting, the color palette, and camera movement, all while being horrified by the story. There were times I found myself almost unable to watch out of sheer empathetic discomfort. Yet, I found myself getting so drawn into the story that I had to remind myself to pay attention to the cinematography. At that, for any storyteller, is a success.

To see more of Pedro Luque’s work or check out his filmography, head to his website, Pedroluque.com

You can see the full interview on Youtube. Antebellum arrives on 4K Ultra HD™, Blu-ray™, DVD and Digital November 3 from Lionsgate. Available On Demand now.