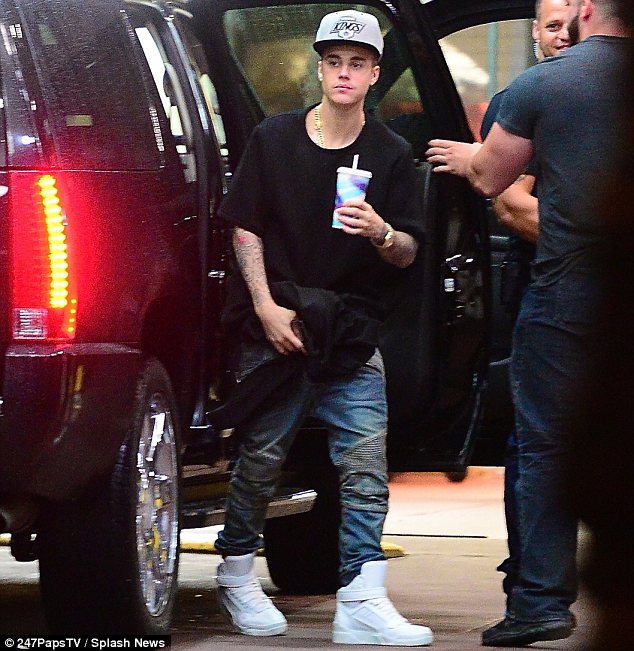 It seems that “Believe” singer Justin Bieber is still making a lot of press as photographer Manuel Munoz sued him and his bodyguard Dwayne Patterson for unspecified damages. Munoz claimed that he was taking photos of Bieber while he was leaving the SET Nightclub in Miami Beach when his bodyguard locked him in a nearby Subway restaurant and demanded he delete the photos he took of the star.

According to reports by TMZ, Patterson punched and kicked Munoz and removed the memory card, causing damage to his camera. This incident allegedly took place hours before Justin Bieber was arrested for DUI.

However, there seems to be a problem with the lawsuit because in the police report, Munoz did not say that he was kicked and punched by Patterson but was tripped and got a “small scratch in his left knee” in the process. According to the police report, Munoz and Patterson haggled in the restroom of the Subway restaurant for Beiber’s pictures for 10K but the bodyguard was only willing to pay 5K.

“This new lawsuit filed by a paparazzo is yet another shakedown for money. The paparazzo admits that Justin was not present at the alleged ‘assault.’ The paparazzo told the police he had only scratched his knee when he was allegedly tripped, but now claims he was beat up. There are no damages.” Bieber’s lawyer, Howard Weitzman told TMZ.

This is just one of the series of lawsuits filed by photographers against Justine Bieber and it seems that they are not stopping any time soon. As the singer continues his antics, more and more incidents like this are likely to follow. Do you know of any other incident with Justin Bieber involving photographers? Share your comments below.