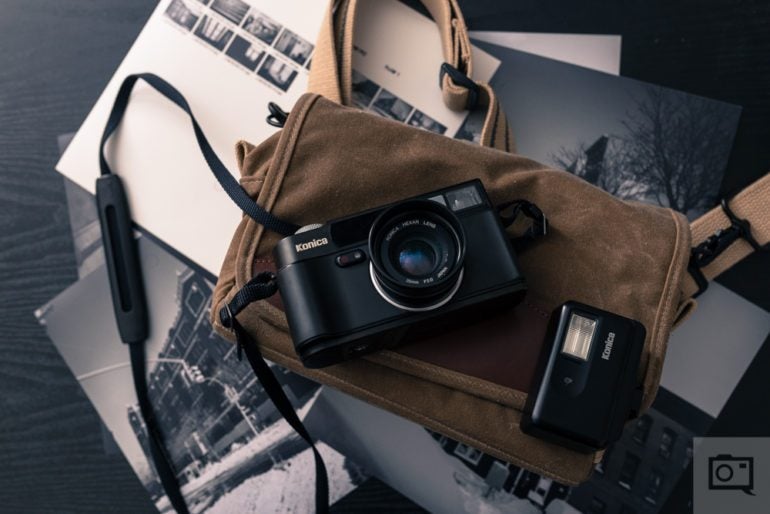 10 Popular Point and Shoot Film Cameras for the Compact Shooter

If your gear of choice has to be small, pocketable, and iconic, you might want to give these popular point and shoot film cameras a try.

We’ve all heard the sage advice that the best camera you have is the one with you, and for many people, it’s their smartphone. Others still prefer an actual camera, albeit a small one that they can bring everywhere, instead of a bulky DSLR. A mirrorless camera makes for an easy choice if you’re a digital shooter. If you’re curious about film cameras, you must have heard of two increasingly famous but also insanely expensive models: the Contax T2 and Yashica T4. But if those are way beyond your budget, you actually have plenty more options.

While it’s not as popular as the M-series of rangefinders, the Leica Minilux is preferred not only because of the Leica name but also for its 40mm f2.4 Summarit lens. Introduced in 1995 and manufactured until 2006, Casual Photophile notes that it was Leica’s premier 35mm point and shoot camera, and thus was designed with high-end materials, automatic exposure features, and manual controls. Other notable features include center-weighted manual focus, exposure compensation in half-stop values from +/-2 WV, automatic film advance and rewind, DX Coding, build-in flash for auto and manual modes, and Bulb mode for long exposures.

Another premium compact point and shoot film camera, the Nikon 35Ti was introduced in 1993 and continues to be among top the top choices of film photographers. It’s instantly recognizable for its boxy design, as well as the unique window on top of the body which has four “clock hands” that indicate the exposure number, aperture, and distance. Important features mentioned by Camerapedia include the 35mm f2.8 Nikkor lens, infrared-controlled autofocus, matrix metering, exposure compensation, and built-in electronic flash all in a lightweight but durable titanium body. A 28mm version called the 28Ti followed this model.

This list would not be complete without the Olympus XA series, one of the smallest rangefinder cameras ever made, alongside the Contax T. It was designed by Yoshihisa Maitani, the designer behind many of Olympus’ famously compact cameras. As noted by Wikipedia, the original model came out in 1975, featuring true rangefinder focusing, a fast 35mm f2.8 F. Zuiko lens, and aperture priority metering. The next model, XA1, had a fixed focus lens, while XA2 to XA4 had scale focusing instead of rangefinders. The XA cameras also came with a range of detachable flash units.

Another revered point and shoot camera from Olympus is the Olympus Pen, the first from a series of half-frame 35mm cameras made from 1959 to the early 1980s. According to Wikipedia, It has the distinction of being the first half-frame camera made in Japan, and one of the smallest cameras to use 35mm film. It only features a viewfinder, fully manual settings, and a 28mm f3.5 Zuiko lens. Shutter speeds range from 1/25 to 1/200 and Bulb, while the aperture settings range from f3.5 to f22. If you have a digital Olympus PEN, you might be interested in grabbing its vintage predecessor.

As you can probably tell by now, Olympus really was a powerhouse of very compact point and shoot film cameras. If you’re not quite feeling the XA or Pen, another option to consider is the Olympus ?[mju:]-II, also called Stylus Epic in the US. According to Camerapedia, this award-winning compact came out in 1997 with features that catapulted it to modern classic status: small splash-proof body, accurate autofocus, fast and sharp 35mm f2.8 lens, integrated auto flash, and automatic exposure.

If you’re mostly shooting street photography, one of your key considerations must be quiet operation. This is exactly what the Konica Hexar AF is best known for. Camera Quest notes that the “stealth” or “silent” film advance mode is most likely the quietest motorized film advance of any 35mm camera — leading its cult status as the ideal stealth street camera. Other impressive features include a fast, sharp 35mm f2 Hexar lens, rangefinder-like ergonomics similar to the Leica M mount, and a viewfinder with parallax-corrected brightline frame lines.

Another well-known, award-winning point and shoot camera, the Minolta TC-1, according to Camerapedia is best known for its high-grade, multi-coated Minolta G-Rokkor 28mm f3.5 all-glass lens. It features an unusual four-step, bladeless aperture ring with a disc that has circular aperture holes. This design produces a nice soft bokeh, which it eventually became known for. Exposure is controlled through aperture priority only, but a dedicated spot metering button allows for precise metering. It’s notable for having the smallest front area of any professional-grade compact autofocus camera and was given the Camera Grand Prix by the Camera Journal Press Club of Japan in 1996.

A relatively unknown, rare Fujifilm compact, the Fujifilm Silvi 2.8, also known as Fujifilm Zoom Date F2.8, was released in 2003 part of the Silvi series. According to Camera Wiki, it a Super EBC Fujinon 24mm – 50mm zoom lens with a minimum focus distance of 35cm. It comes with a number of interesting features. Once film is loaded, the camera winds the film to the take-up reel and the LCD will count down the remaining frames. This way, photos will not be exposed and lost when the camera back is accidentally opened. Also, there are two shutter release buttons on top of the camera: one on the left side and another on the right. This allows for easier shooting of self-portraits, and a self-portrait mode with an indicator aids in framing and composing. For those who have a taste for limited edition models, a Japan-only Black Edition comes with exposure compensation that allows adjustments of ± 2EV in 0.5EV steps.

As we’ve previously written about the Fujifilm Klasse S, it’s one of the cameras you should have on your premium camera wishlist, being one of the last luxury compact film cameras ever made. It was released in mid-2007 for the Japanese market, making it much newer than the Contax T2 and T3. Since only 8,000 units of this camera were made, it can be challenging to grab one, and if you do, you’ll need to shell out up to $1,500 for a mint condition unit. It has a 38mm f2.6 Super EBC Fujinon lens, while its wide-angle counterpart, the Klasse W, has a 28mm f2.8 lens. Features include an aperture dial for selecting from an aperture range between f2.8 and f16, shooting modes of Program AE and AE Aperture Priority, shutter speeds of B, 1/2s to 1/500s (at f2.8) and 1/1000s (for f16), and an exposure compensation dial.

Last but not the least is the Fujifilm Natura Black F1.9, another rare premium Fujifilm point and shoot camera sought after by collectors and street photographers. As mentioned on Camerapedia, its aperture of f1.9 is the widest aperture seen in a compact camera of its time. Also, its 24mm focal length makes it one of the widest angle of view on a compact point and shoot camera. This has earned it the nickname “Moonlight Camera.” It’s also designed to work best with the high-speed Fujifilm Natura film. Also, when loaded with DX coded films with ISO 800 or higher, the camera uses a different exposure program that maximizes available light.

We’re aware that there are many other point and shoot cameras that should be included here, so consider this a partial list. Do share with us your recommendations in the comments below!